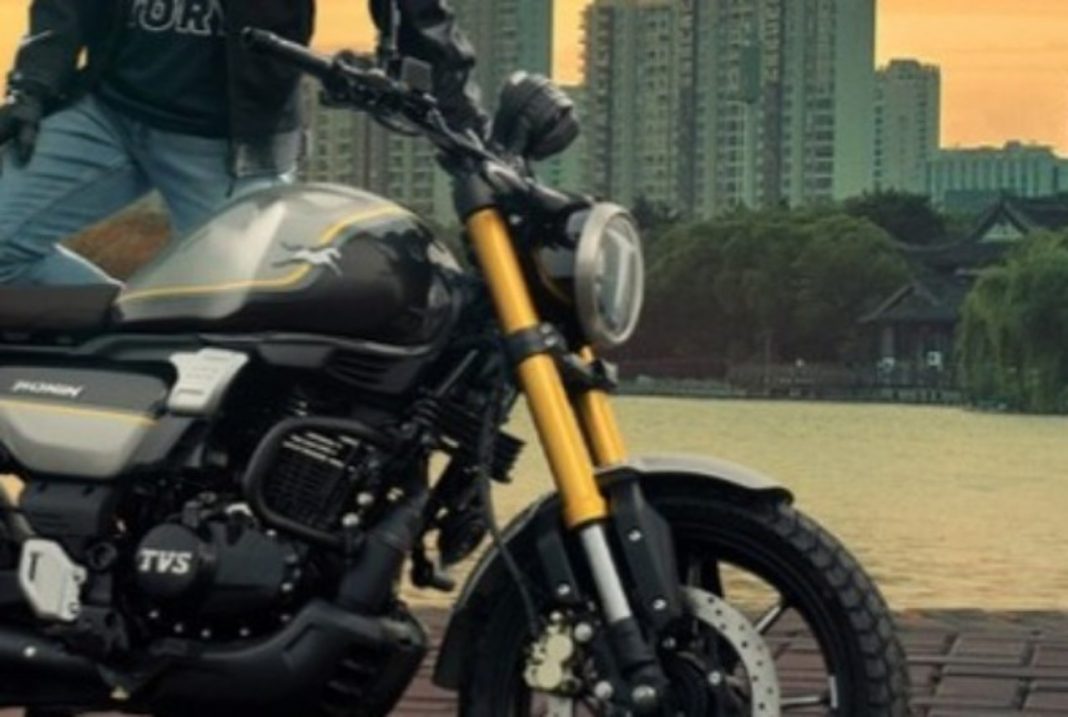 TVS Ronin pics have hit the internet and we now know what’s under those wraps. It will be launched on 6th July in India & will be an all-new segment for TVS.

So, here it is! TVS’ best kept secret is out – out on your screens! TVS Ronin has been leaked and it is a neo-retro styled roadster-scrambler motorcycle – much like the Honda CB350RS.

Among the retro bits is the overall, simple styling that has a humped fuel tank, a basic side panel, round headlamp and a rear mudguard. There appears to be a single-pod instrument cluster. However, those golden-colored upside-down front forks, mono-shock at the rear, engine underbelly guard are bits that give it some modern styling.

Other key bits that we can notice are those knobby tyres that should give it a wee bit of off-road friendliness, large circular disc at the front and contrast colored relatively flatter seat.

As for the engine, there has been no revelation yet but it appears it may have some kind of a connect with Apache 200’s motor or it could be an all-new relatively relaxed 200cc+ engine. We can spot that oil cooler there and expect the motorcycle to be a relaxed gadabout. The riding posture appears to be nice and upright with high-mounted, wide handlebars.

TVS Ronin is expected to be promoted as a simple, no-frills motorcycle with a lot of usable power and clearly it does deviate towards the enviable Royal Enfield customer base – the one that the Honda targets with its India-specific CB350s. And while we are at that we expect the Ronin to sound thumpy as well.

The launch is on the 6th of July and BikeAdvice gets to ride it on the 8th of July in Goa. We will be coming up with all the details as they happen. Stay tuned…