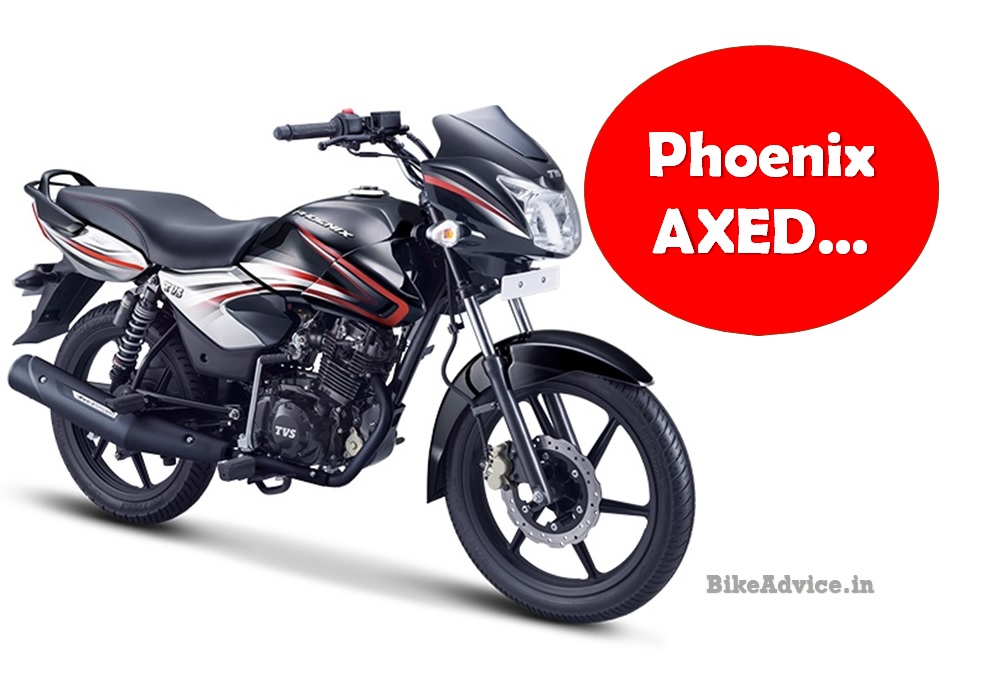 This transition to BS4 has, apart from bettering our air, also cleansed the motorcycle market weeding out models which were being dragged just because of the sake of company’s presence in a particular segment.

Honda had to discontinue both the ‘untouched-since-inception‘ CBR150R and CBR250R from the market (more details). The good thing is that if they intend to bring them back they will have to rework on them which will require some focus, investment and resources – all of which is currently directed towards commuters and scooters. The latest motorcycle model that has been shown the door is TVS Phoenix.

The 125cc Phoenix never got any kind of traction in the market. Despite being in the volume-selling segment, Phoenix could not cross even 1000 unit (dispatch) sales all through last financial year (apart from September 2016 when it registered 1345 units) according to official SIAM data. Sales in the last five months can only be called as clearance as the motorcycle could not go past 500 units.

We connected with TVS to have an official word on this and they confirmed that the motorcycle has been taken off from the domestic market, however, it will be produced for the export markets. Here is what they informed us…

“TVS Phoenix, premium executive deluxe 125 cc motorcycle from TVS Motor Company, will now be produced exclusively for export markets. There is quite a significant demand for TVS Phoenix in our export markets and the focus will be to meet this demand.”

This leaves TVS without a motorcycle in the 125cc segment and considering the volumes this segment sees, it will be hard for them to ignore it for long…