After feeding the commuter class with plethora of choices, TVS turns attention to the rural utilitarian market with the TVS MAX 4R. The company has relaunched their ‘MAX’ brand which was once famous for 2 stroke motorcycles which was stopped a few years back due to more stringent pollution norms and a curb on 2 strokers from the government. 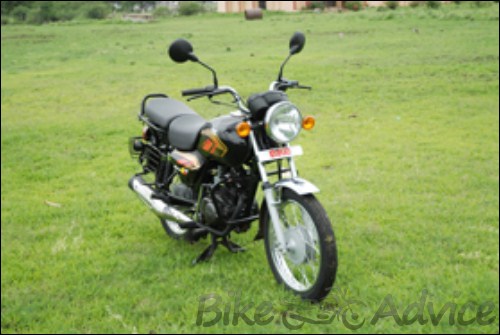 This time MAX comes in a 4 stroke avatar with a single cylinder air cooled 110cc engine. Lets dig beneath:

TVS has been aggressively studying the Indian market very closely. Jive was an outcome of a study on the fuss factor created by the usage of Clutch in ‘stop-go’ busy traffic and hence, they dispensed off the clutch and the acceptance of the same innovation has been quite remarkable. Similar to Jive’s project, TVS started a research on the Indian rural market around one and a half year ago to study the usage and pattern of people who use two wheelers as a means of transportation of their raw materials from one place to another. 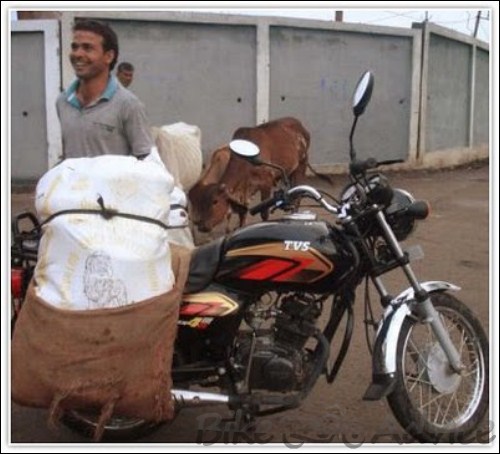 TVS found out that these local rural traders, small time businessmen and other vendors have been devoid of a motorcycle which could cater to their needs of carrying heavy loads of material to places where it can get consumed (which, in some cases, are real far). And hence was born a ‘specifically made’ motorcycle ‘MAX 4R’ which is manufactured for a purpose to fulfill all the requirements of the above type of mentioned people. TVS has been testing Max 4R extensively in the interiors of Madhya Pradesh around Indore to testify the bike of its capabilities and identify of any deficiencies. For the same purpose, TVS asked a few chosen heavy load carriers to ride MAX 4R for a particular duration and ascertain the various positives and negatives about the bike. As reported by Hindu, all of them have been ecstatic and big time satisfied by the new offering and are looking forward to the official delivery of the motorcycle by TVS.

TVS has paid special emphasis on the finer points of the new offering to bestow it with as practical and related features so as to make it a boon for the above mentioned people. With phased launches, TVS plans to targets the North and Central Indian markets and later on spread it to other ‘needy’ markets if required. With this launch TVS has showed that they have grown as manufacturers and this product, if pursued well, must see them targeted numbers.