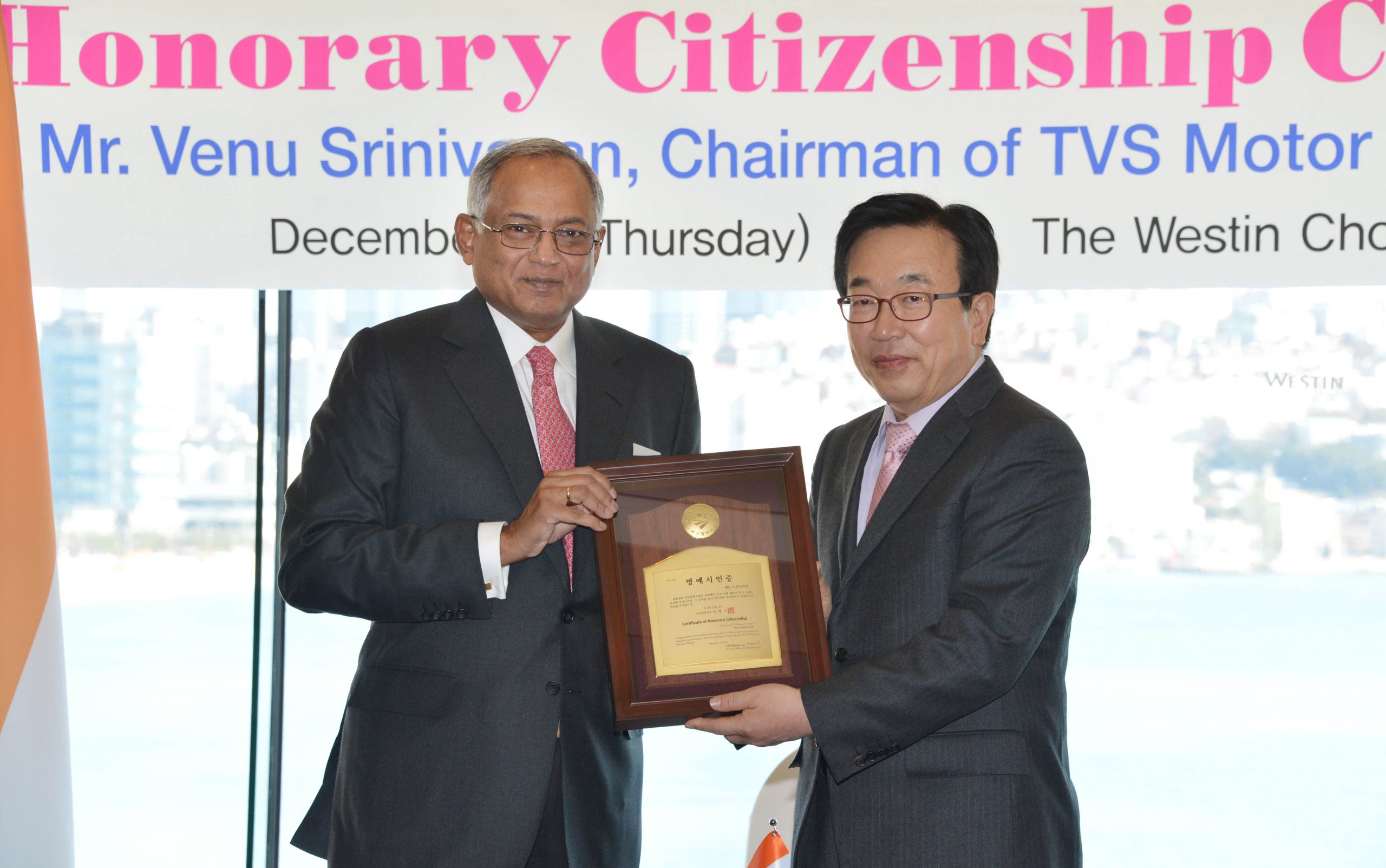 Venu Srinivasan, Chairman, TVS Motor Company, and the Honorary Consul General of the Republic of Korea in Chennai, has been made the honorary citizen of citizen of Busan. Srinivasan is the first Indian industrialist to be bestowed with this honour, deepening the business ties between South Korea and India. 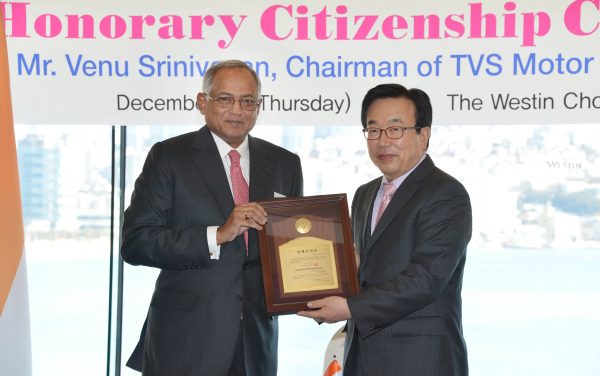 This is the highest honour a foreign national can earn in Busan, the second largest city in South Korea after Seoul. The Mayor of Busan, Mr Suh Byung-soo, during the ceremony conveyed his hopes that the honorary citizenship will further strengthen cultural exchanges and economic partnership with India.

Srinivasan is on a three day visit to Busan, had meetings with local businessmen, visited the headquarters of BS Financial Group and attended the Busan International Art Fair in BEXCO.

2013 was the 40th year of successful diplomatic relationship between India and South Korea. The President of South Korea, Mr Park Geun-hye made a state visit to India earlier this year in January and agreed with the then Prime Minister of India, Dr Manmohan Singh, on the need for upgrading the Comprehensive Economic Partnership Agreement (CEPA) and the expansion of economic cooperation, further enhancing the bilateral relations between Korea and India.

Chennai, where TVS Motor Company is headquartered, is a focal point for the Indian automotive industry as it represents 40 per cent of the car production in India. Moreover, 60 per cent of the cars manufactured in India are exported via the Chennai port. Over 150 Korean companies are now operating in Chennai, which includes Hyundai Motor Company, Lotte Confectionary, Samsung Electronics and other auto parts manufacturers. Among the Busan companies operating in India is SUNGWOO HITECH, an auto spare parts manufacturer with about 1,200 employees.