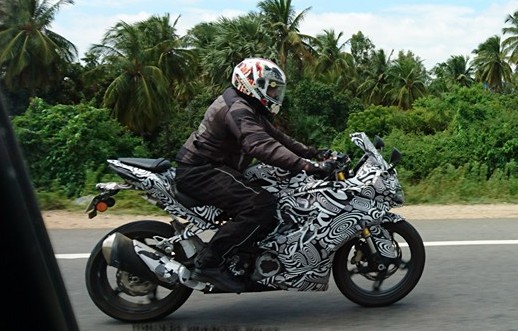 It is no secret that the Indian two-wheeler maker TVS is set to make a production version of the beautiful Akula 310 concept racer shown at the Auto Expo. Celebrating their 33 years of racing heritage, this carbon fibre motorcycle bears the same 313 cc mono-cylinder mill from the BMW G310R. A test unit of the bike was spotted again near Bangalore recently.

With a premium carbon fibre body, digital instrumentation, gyro cams, radial calipers for braking and upside down front forks, the concept bike was definitely a sight to behold. While the previous spy pic couldn’t reveal many details, this new image shared by Kiran on Facebook gives us a good side view revealing several new details.

It reveals that the golden upside down front forks have been retained from the concept. The performance oriented Akrapovic-like exhaust setup from the concept has been replaced by a unit which looks similar to the BMW G310R’s (expect a lot more part sharing between these two).

The tail looks more complete and the split rear seat is a true race-spec high! A neat registration plate holder has been introduced. The fairing with all that camouflage, somehow lends the bike a bigger look. 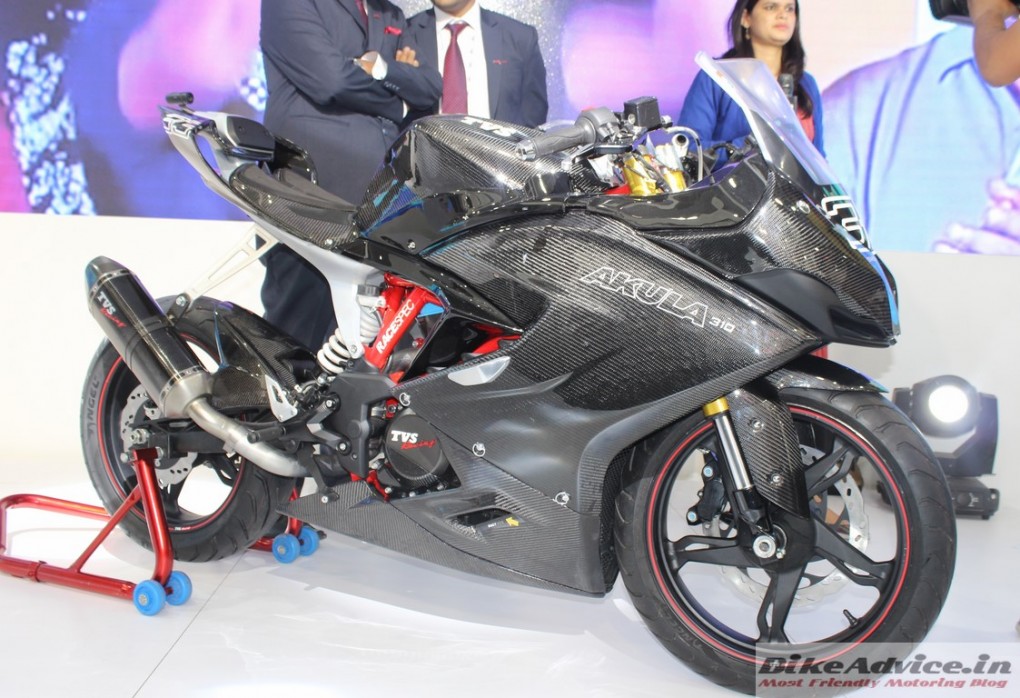 The very interesting 5-spoke alloy wheels have also been carried over and the riding posture seems to be forward biased – more than the Pulsar RS200! However, when seen alongside the RC390, the clip-ons appear to be slightly high set. So do not expect a sports-tourer kind of a relatively relaxed seating for the production Akula, which may go by the name Apache 300.

So when is it launching? From what we have garnered so far, after speaking with TVS folks on numerous occasions, the Akula will hit the roads sometime next year.