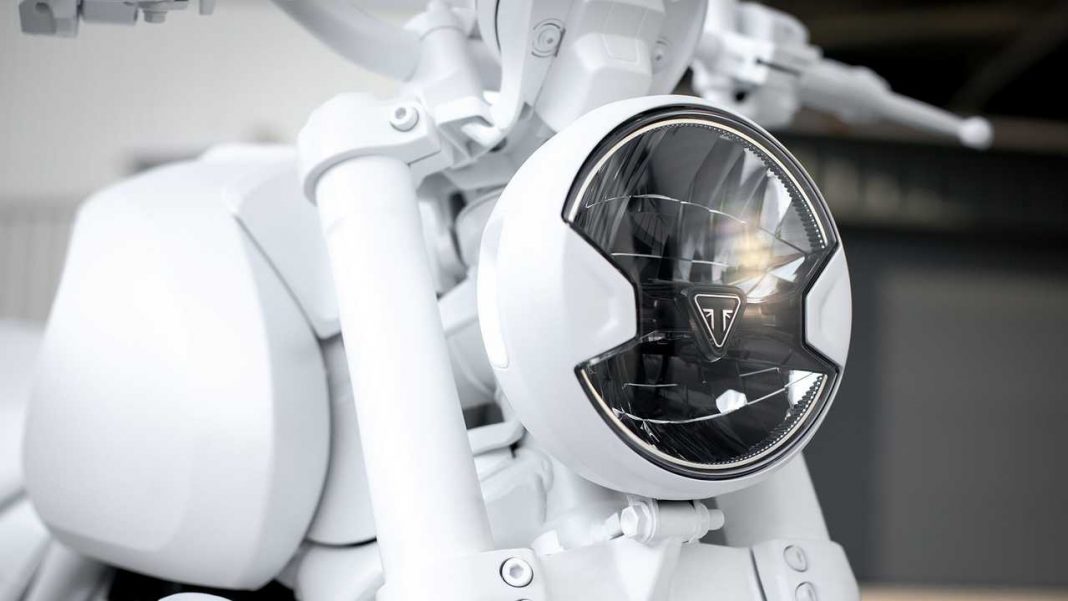 Triumph Trident launch has been confirmed for 2021. It will be one real interesting mid sizer that we can look forward to…

Out of the blue Triumph has unveiled its next upcoming motorcycle which will be called as Trident. It has even gone on to show a prototype reveling how will it look.

The upcoming model will resurrect the ‘Trident’ nameplate for the brand – which it used to sell in the 1970s. The bike will adorn streetfighter styling. It will sit under the very successful Street Triple line-up and form a new entry into the Triumph’s nameplate.

Trident will use a three cylinder engine which we believe could be a derivative of the 2020 Street Triple S’ downsized 660 cc motor. For reference, this A2 legal motorcycle produces 94 bhp of peak power and 66 Nm of max torque from its 12 valve, DOHC engine. Trident’s numbers could be closer to or slightly lower than these.

Trident has been in the making for the last four years and it was designed at the company’s design facility in UK. It was conceptualized by Hinckley design team along with inputs from Rodolfo Frascoli (who also designed the Tiger 900).

Triumph has officially confirmed that Trident will be launched in 2021. It must be noted that Trident has nothing to do with the upcoming motorcycles under the partnership with Bajaj.

Now comes the most interesting bit. The Street Triple range starts at over Rs 8 Lakhs in India at the moment. This Trident is targeted at mid sized streetfighters like Yamaha MT07, Kawasaki Z650, etc. There is good possibility that Triumph may price it at around the Rs 6 Lakh levels! And yes, it has high chances of coming to India!