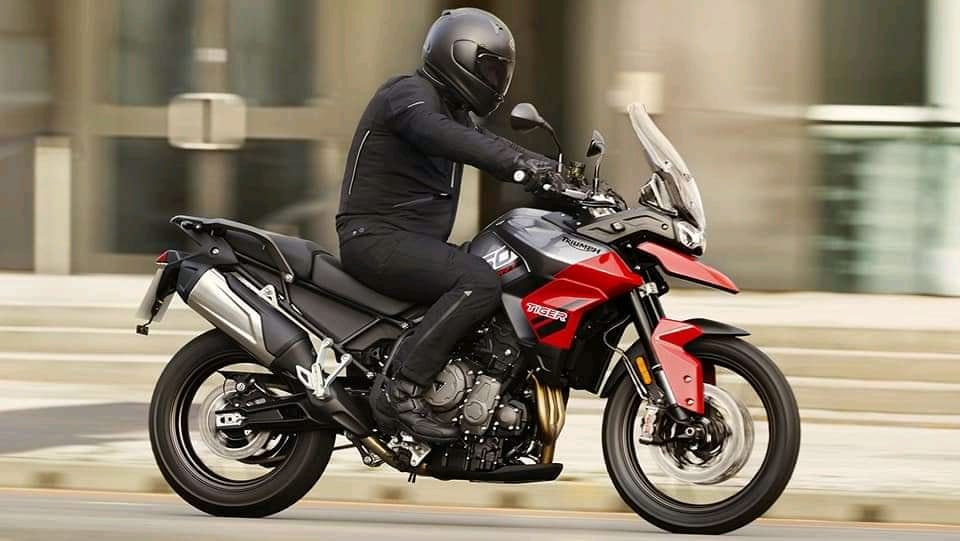 The new Triumph Tiger 850 now becomes the entry-level model in the Tiger Range and it will replace the existing Tiger 900. India launch next year…

British automaker – Triumph Motorcycles has just globally unveiled the new Tiger 850 Sport. This makes it the entry-level model in the Tiger range. It is to be noted that the company had launched the Tiger 900 less than a year ago, however, it gets replaced by this new 850 Sport variant.

In terms of styling, the motorcycle looks nearly identical to the larger sibling, as most of the parts, including the fuel tank, radiator shroud, adjustable windshield, LED lights, etc., have been carried over from the 900.

The Tiger 850 comes with a host of features, including a 5-inch full TFT display, all-LED lighting, 12v power socket, etc. Apart from that, the road biased ADV comes with a lightweight modular frame and upright riding position.

The motor is mated to a 6-speed gearbox and is equipped with slip and assist clutch. As an added accessory, the bike also gets quick-shifter and two ride modes, including rain and road mode. Talking of the suspension, the bike comes with a Marzocchi supplied 43 mm USD forks at the front and a mono-shock setup at the rear.

In terms of braking, it gets double 320 mm discs at the front and a single 255 mm disc at the rear. This VFM Tiger is equipped with a dual-channel ABS system, and the calipers are provided by Brembo Stylema.

The new Tiger 850 will be introduced in few markets soon against bikes like BMW 750 GS and others. It will also be launched in India in the early part of next year.