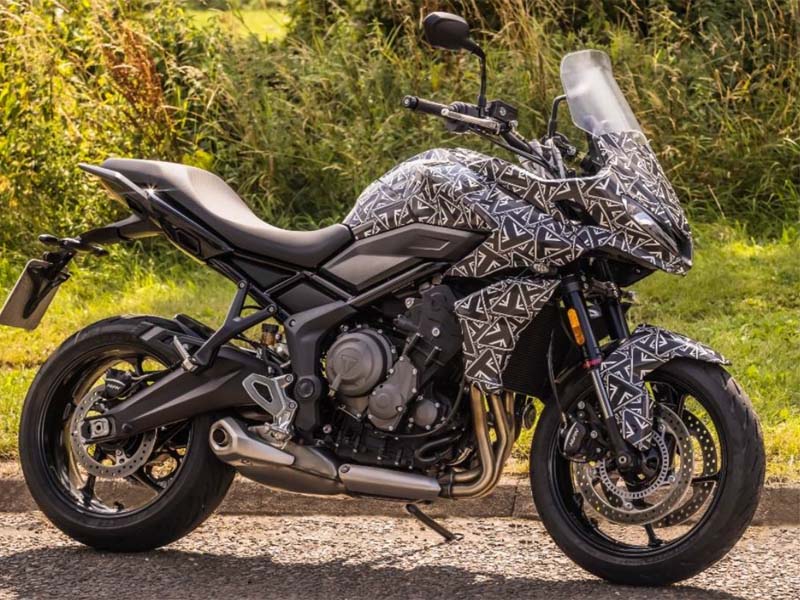 Triumph is trying to increase its stronghold in the mid-capacity market. Its intentions became clear when it announced a new 660 platform and launched the Trident on it.

Around the same time, the Brit also confirmed that it is working on adventure tourers and here we have the first ADV that the brand has officially teased – Tiger 660!

Some camouflaged images have been released by the company that reveal a lot of details and the silhouette of the upcoming Tiger. The 660cc machine is coming with a larger fuel tank, sizeable radiator frames, a bigger windscreen, and LED headlamps.

The images show a uniseat design. It will carry the same 660cc motor and a 6-speed gearbox but will be tuned for its new application.

From the images, we can also see Showa USD forks, Nissin brake calipers, and 17-inch Michelin Road 5 tyres on the Tiger 660.

As per rumors, the Tiger 660 could be introduced in India by early 2022. This will be the second motorcycle after the Trident 660 on this platform and will be the smallest Tiger on the offer.

Expect the Tiger 660 to be priced aggressively around 7.5 to 8 lakhs making it a sweet entry into the Tiger world that currently starts at around Rs 12 Lakh. Being a mid-sizer it will naturally compete with Versys 650, V-Strom and others.