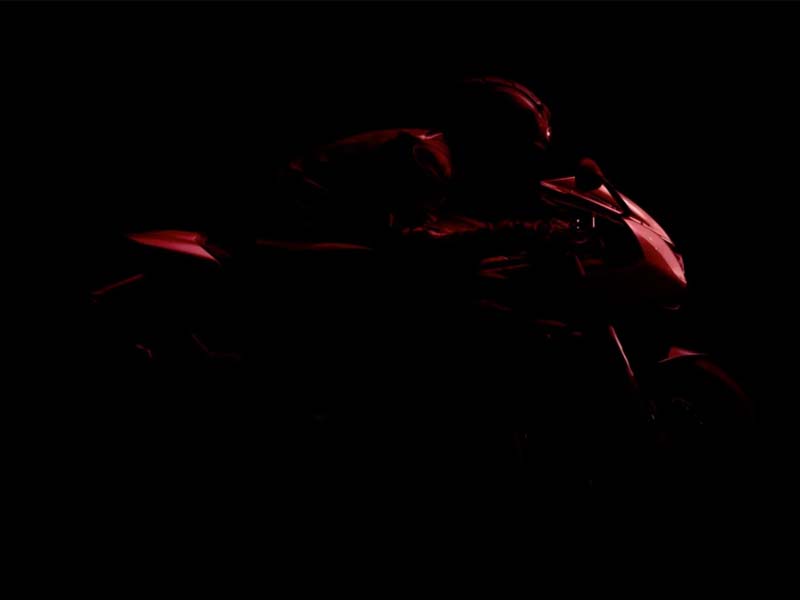 Speed Triple RR will be the faired version of the Speed Triple 1200 RS. A faired sports motorcycle from Triumph will be interesting…

While the enthusiasts are yet to get enough of the supernaked Speed Triple RS from Triumph, the Brit has teased another upcoming superbike which may be called as Speed Triple 1200 RR. The RR is expected to debut in September.

On its official YouTube channel, Triumph has dropped this teaser of a superbike that has half fairings. The video shows a designer carving something out of wood.

Then you see shots of the Triumph logo, seat design from the sides, and then a glimpse of the bike which appears to have an aggressive face.

The prototype also reveals a round headlight whose cowl is integrated with the fairing. It is probably a variant of the current Speed Triple 1220 RS with that fairing on.

A closer look also indicates USD forks and we can assume the rest of the electronics of the streetfighter to go to the upcoming faired version.

The motorcycle will carry the 1200cc motor of the RS and it will be interesting to see if there are any changes to the power and torque numbers.

Here is the teaser video…