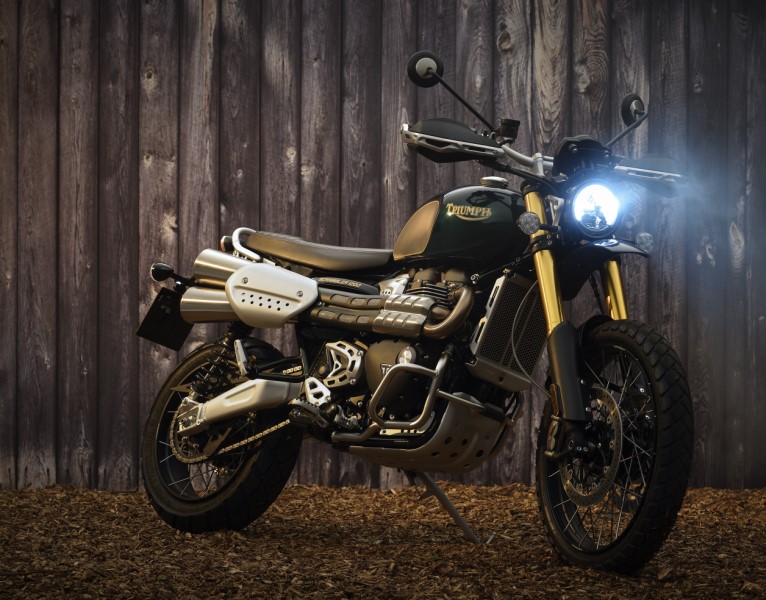 Scrambler Steve McQueen Edition price puts it as the top of the line variant in the entire Scrambler line-up. It comes with a lot of exclusivity…

Triumph motorcycles has launched a special edition of its Scrambler 1200 in India which is called as the Steve McQueen Edition. It comes after the company introduced Street Twin Gold Line in April.

Only 1000 units of this edition will be made worldwide and each model will get a unique number on the billet-machined handlebar clamp. Apart from this the buyer will also get a certificate of authenticity that will list the VIN of the bike and it is signed by Triumph’s CEO Nick Bloor and Chad McQueen who is the son of Steve McQueen.

This makes it the top of the line model in Triumph’s Scrambler line-up. There are no changes to the mechanicals of the motorcycle and it continues with the same 1200cc, parallel twin cylinder engine that produces 90 PS of peak power at 7250 rpm and 110 Nm of max torque at just 4500 rpm. The motor is