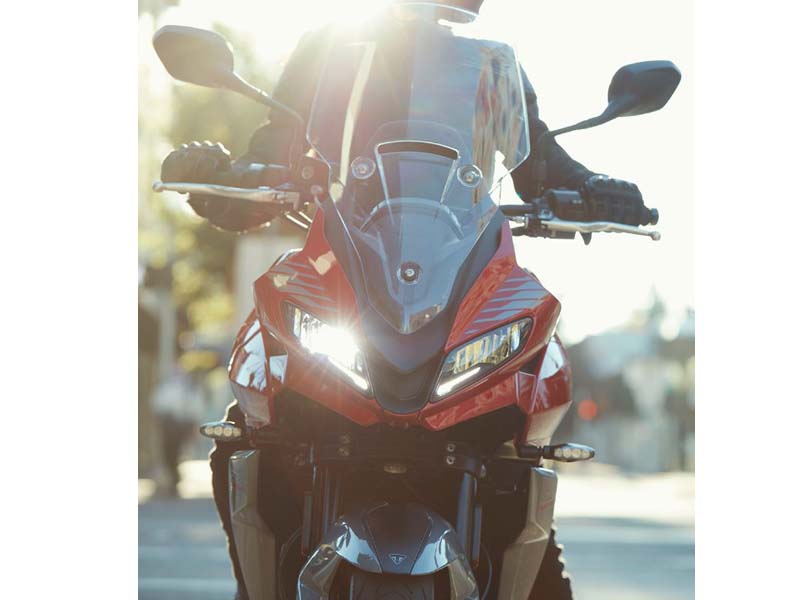 Upcoming Triumph Tiger 660 launch is expected in the coming months in India as well. It will be the smallest Tiger in the lineup…

Triumph is all set to introduce its mid-size Adventure model which will be called as Tiger 660. The Brit has gone official with the launch date on its Twitter handle.

It has also revealed the front face of the upcoming tourer and shared a close-up of the badging. Last month we did get a glimpse of this touring bike in camouflage.

The Tiger Sport 660 will be revealed on 5th October at 4:30 PM IST. The upcoming Tiger will borrow the same 660 cc engine from the Trident along with a 6-speed gearbox..

With the upcoming Tiger Sport 660 Triumph is aiming at the mid size ADV buyers. The British automaker has also confirmed that it is working on a Tiger 660 Rally. It may be revealed in 2022.

The images of Tiger Sport reveals upright riding posture, longer handlebars, a wide and big windscreen for wind protection. Also, we can see LED turn indicators along with LED headlamps.

The smallest capacity Tiger may be priced between 7 to 8 Lac and it will compete with Versys 650 and others..