If you love classics, then this news will be of supreme interest to you. Triumph the legendary British motorcycle manufacturer may have surrounded itself with a few controversies in India but zoom out to the global front, and you will see that the company is growing at an encouraging pace. 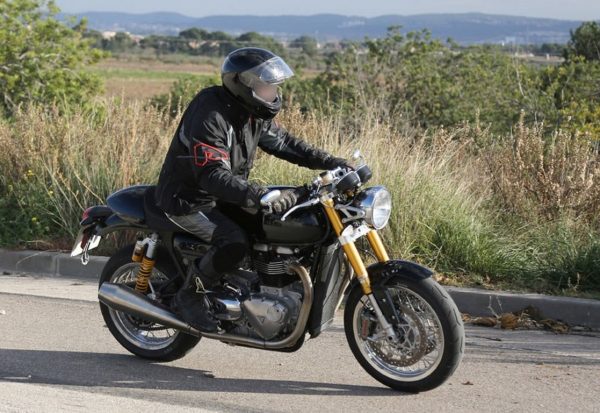 The sales figures continue to be promising as ever and it seems that they can only keep the flight climbing, at the same time they are also working on newer products in growing segments. We have recently spent some time with the Bonneville T100 and are mighty impressed with it (read review here). The 865cc unit in the Indian version churns out 61 PS of power and 61 Nm of torque. But what if you want more out of it, that’s where Triumph’s latest piece of art comes to play.

The company is reportedly working on a new motorcycle which will be christened as the Street Tracker, the first pictures of which have surfaced on the web, thanks to MCN. The bike will have a new twin cylinder engine which will be displacing somewhere between 1,000-1,100 cc and yes, it finally gets a liquid cooled engine, just look at the radiator there! The power output can be bumped up to around 90 odd horses. 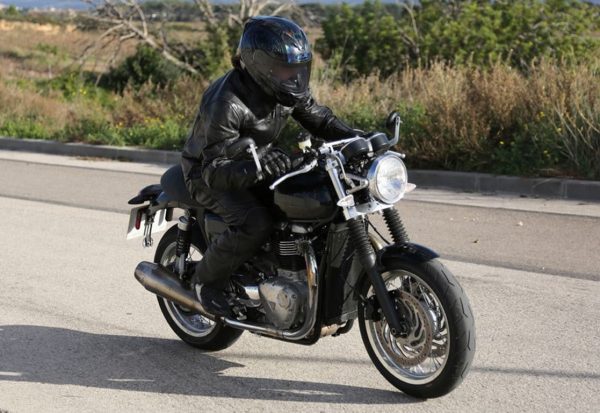 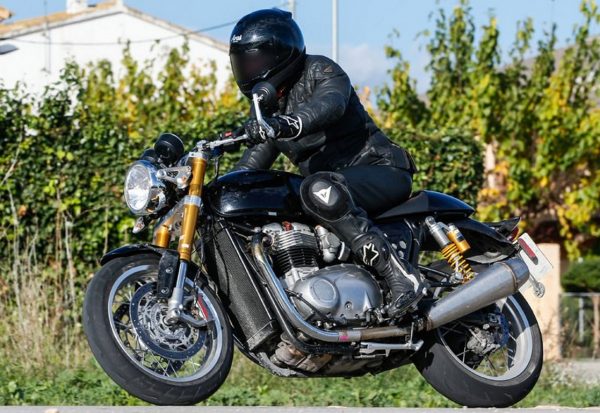 We can not really comment upon its Indian angle but looking at Triumph’s interest levels here, it may be a possible contender for our markets.