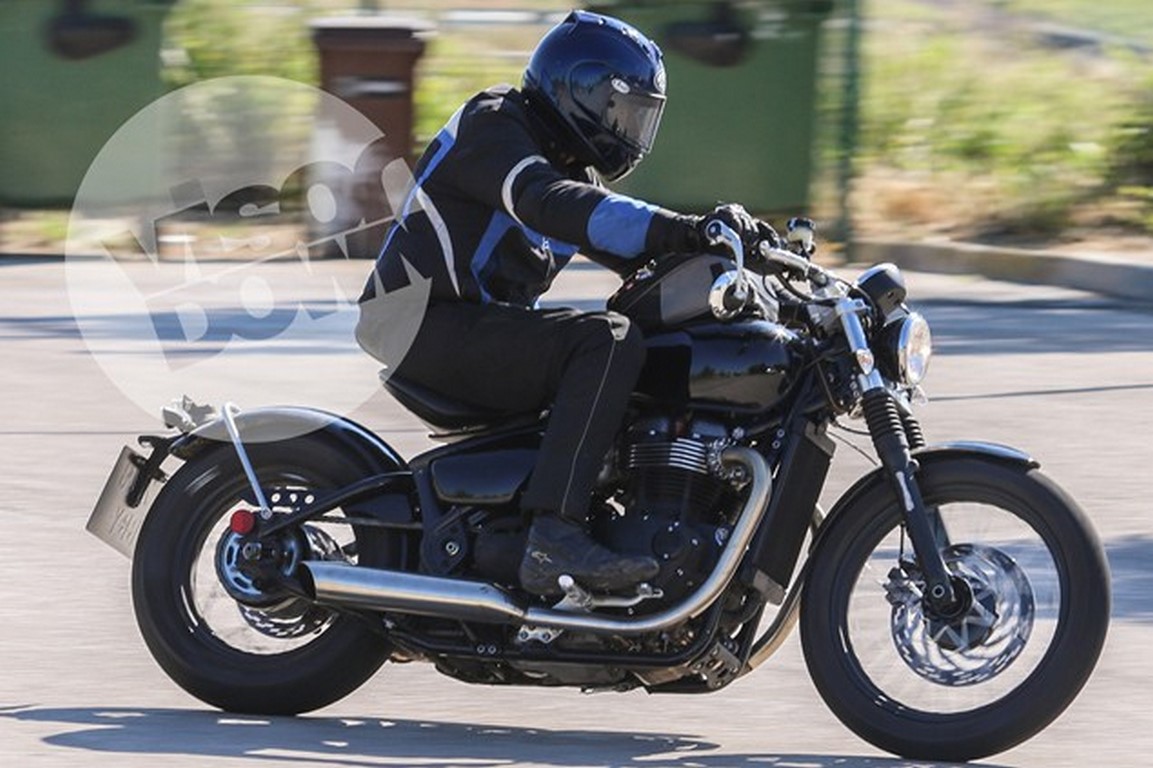 Triumph is globally busy charging up to update their international line-up of motorcycles. This does not include just updates (cosmetic as well as mechanical) to the existing crop of bikes but they are also working on new models or sub-models. This time we are here to tell you about a new variant being tested in one of the most recognizable motorcycle families sold by the UK based manufacturer.

A folks at VisorDown have caught a new Bobber edition of the Bonneville near the company’s Spanish research facility near Barcelona.  The signature small rear fender with the characteristic swing arm design, classic retro styled single seat make the Bobber look complete, giving the Bonneville line-up a distinct maturity. 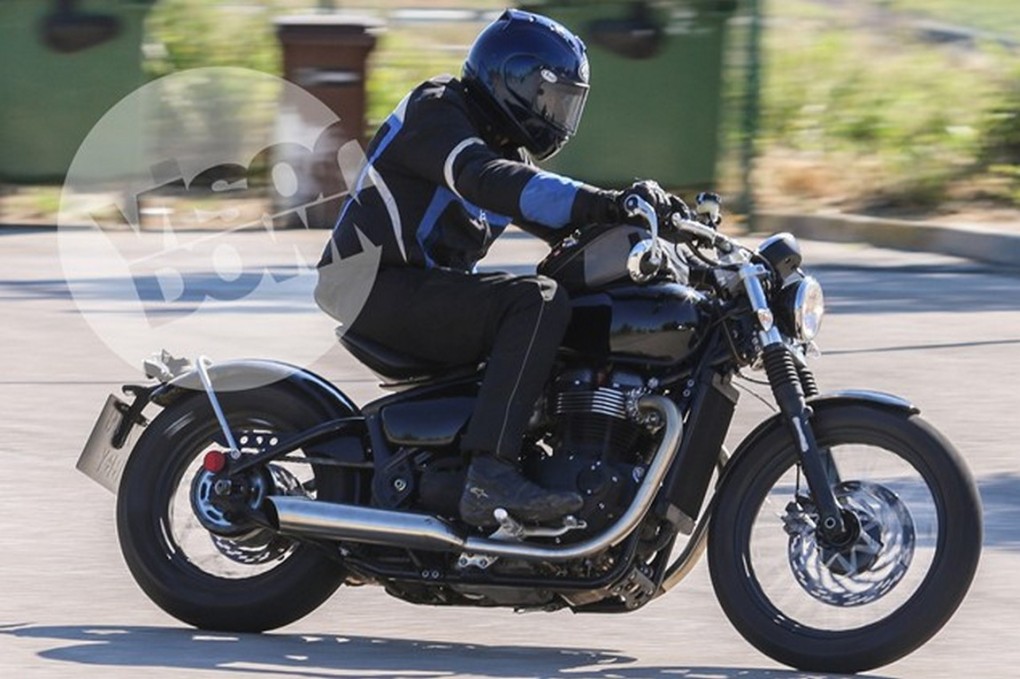 The bike is expected to sport a new and bigger twin cylinder water cooled engine with an expected power output spruced up to 100 HP from the existing 69 HP. The presence of the large radiator also suggests that they are moving from air cooling to water cooling which will be a blessing in the hot countries.

However, the bike still has some time to be launched. According to reports, expect an unveil later next year with a launch only in 2017.