Brit Triumph Motorcycles ventured into India in November finally with the launch of 10 motorcycles. However, there was a change we noticed in the lineup from the one showcased at the last Auto Expo in 2012. It was the presence of Daytona 675R, which inadvertently meant the absence of the Dayton 675! 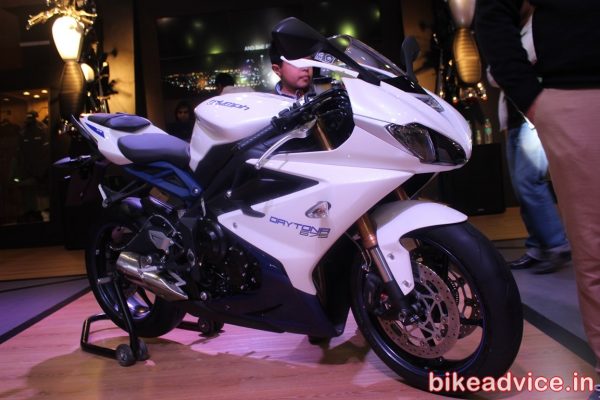 However, at the Auto Expo of 2014, Triumph plugged the gap by launching the little lesser Daytona 675 in India at a price of Rs 10.15 Lakhs ex-showroom Delhi. This goes in addition to the already available Daytona 675R and hence there are two supersports available from the company now and the 675 becomes the 11th bike in the lineup. 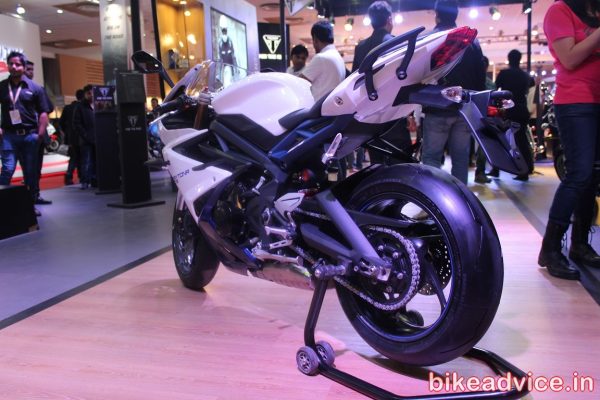 Daytona looks almost as good as the ‘R’ version with a few changes but more importantly it is more than a lakh rupee cheaper.

As compared to the prices shared at the 2012 Auto Expo, Daytona 675 costs 3.15 lakhs extra. Along with the 675R, 675 is also brought in as a CKD (completely knocked down units) and hence attracts lesser duties (than CBUs).

Triumph has also announced opening of bookings in Delhi and Chennai with dealerships coming up in these cities soon.