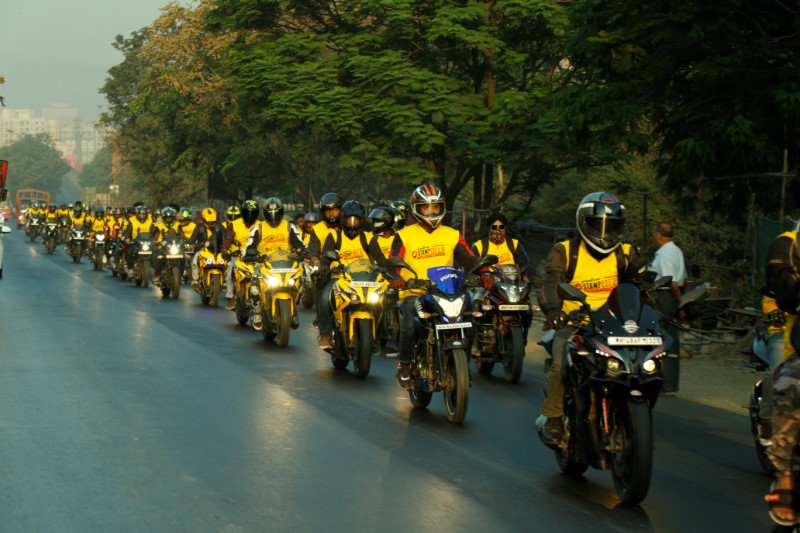 Total Pulsar sales so far in India and the world exceed 1.2 crores. It is sold in 65+ markets across the globe. Bajaj celebrates…

As we mentioned a few days back, Bajaj’s most important brand ‘Pulsar’ has attained ‘adulthood’ as it has completed 18 years of its existence in India.

Pulsar brand was first launched in October 2001 with two motorcycles – Pulsar 150 and Pulsar 180. Ever since then, there has been no looking back and Pulsars have grown from a two-motorcycle brand to almost seven motorcycles with numerable sub-variants with capacities ranging from 125cc to 220cc.

Bajaj informs that, in its 18 years of existence, the company has sold more than 1.2 crore units in India and the world. Today, Pulsar is the most prominent brand in the sports segment in India and commands a market share of 40 percent. The motorcycle is now sold in more than 65 countries of the world.

Bajaj celebrated this milestone by organizing a special event called as ‘Stampede 2.0‘. Hundreds of riders rode simultaneously in 100 cities of India. In eight cities (Pune, Mumbai, Delhi, Hyderabad, Kolkata, Chennai, Bangalore and Kolkata), riders spelt out the letter of ‘PULSAR 18’ on the route map.

It’s a proud moment for Bajaj Auto to see one of our most successful brands turn Eighteen. Over the years, Pulsar has built a strong community consisting of lacs of Pulsar owners and thus, this occasion gave an apt platform for the community to come together. We had a great response to the event with thousands of Pulsar owners coming together for the celebration

Pulsar has maintained its sales supremacy for almost two decades now despite the advent of many new competitors in all these years. From the later part of this year, we also expect Bajaj to start launching the new-generation Pulsar models in the market.