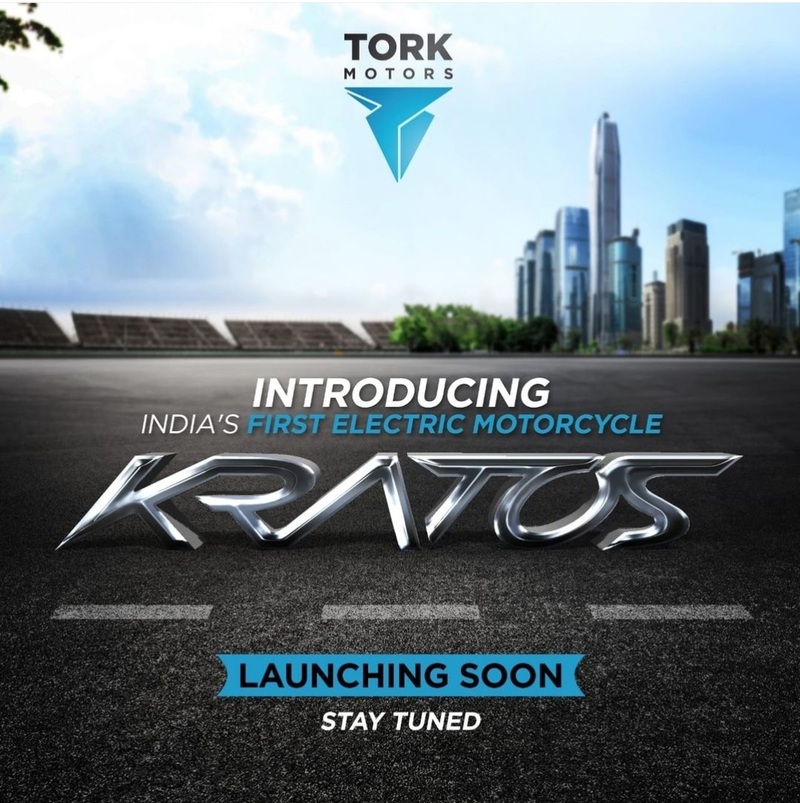 Tork Kratos launch is promised ‘soon’. It is the same bike that we have known till now as T6X. It will be an interesting electric bike offering, for sure..

Tork, a Pune based EV manufacturer, showcased their T6X motorcycle back in 2016, where we found out certain details of what could have been the first electric motorcycle of our country. However, since then, Tork has been very quiet about their product.

Tork again came into our conversations two weeks ago, when we shared images of a slightly redesigned T6X motorcycle being tested on public roads. And today we are sharing the name and the teaser of what we have known as T6X till now.

Tork have teased the name – KRATOS – for their first electric motorcycle offering. Kratos, in Greek mythology, is considered to be the personification of strength and power. And Tork Motors is hoping that this name will reflect their 7 years of exhaustive research and development.

Tork Kratos will utilise their own operating system – Tork Response Operating System (TIROS). They claim TIROS is the intelligence that will drive the Kratos, provide analysis and compilation of data of every ride, power management, real-time power consumption and range forecasts. TIROS, they claim, will also update and incorporate new features via the cloud.

The spy-images we shared showed certain changes made to the bike as compared to the original showcased model. The main difference that we noticed is the covered body work and a completely redesigned headlamp. We also saw a split-seat configuration, a new tail light and a pair of grab rails fitted for the pillion seat.

The bike was riding on alloy wheels and showed a standard front fender and a tyre-hugger at the rear. Both the wheels were equipped with single disc setup and might come with dual channel ABS as standard.

On their website, Tork claims that the bike can charge to 80% in one hour. They also boast instant torque of 27 Nm along with a comfortable cruising speed of 100 kmph. They further claim a range of 100 km on single charge.

However, their claim of being the first electric motorcycle is definitely not true as we now have had a few greener bikes in the market, most prominent of them being the Revolt RV400.

Tork has taken a long time to develop their new product. We have to see how this long R&D and claims translate to the real world.. Stay Tuned…