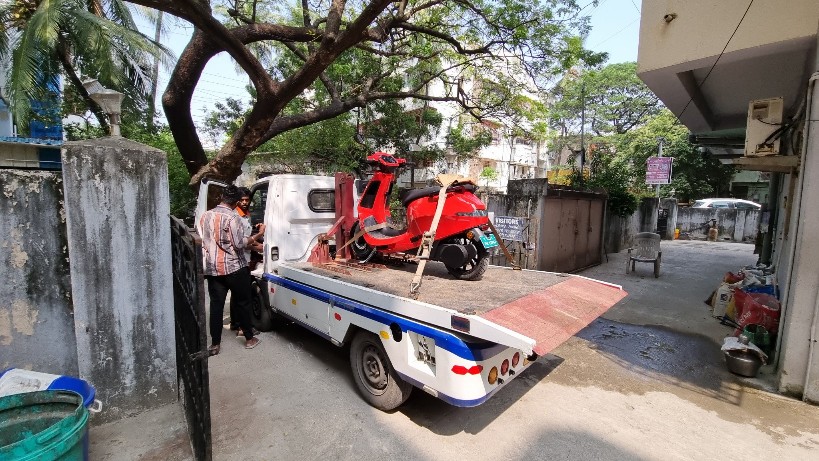 Ola scooter issues: Multiple problems reported by the very first owners on social media. This comes after a long delay in deliveries…

15th of December came after a long wait this year for customers who booked their Ola scooters. This, because Ola Electric missed multiple delivery dates. But the good news is that, according to Bhavish Aggarwal, CEO of the company, the pace of deliveries has increased and his latest Tweet suggests that the company has dispatched ALL scoots that were to be dispatched. Here is his latest word on this..

Update on December deliveries: we’ve dispatched vehicles to ALL who purchased.

So, after a lot of drama, multiple delays, everything looks sorted? No! Because, it seems, deliveries was just the tipping point of the iceberg. Customers, who were waiting for their scooters are facing multiple issues – which is obviously not expected from brand new products. And many of them have taken to social media to share their disappointment.

One customer by the name of ‘Toadie’ on Twitter, shares that his S1 Pro (top-spec model), which he received a day earlier, was towed away the next day because it suffered an issue which could only be resolved at the workshop.

When he got his scooter back from the workshop on the same day, he found his scooter to be splattered with workshop oil marks and the front license-plate was also damaged. He further adds that his scooter was driven for 19 km while it was away for servicing and during return he received no documentation of what repairs have been done on his scooter.

@bhash hi Bavish, my Ola S1 pro was delivered yesterday. In less than 6km of drive aftr delivery it has to be towed away for screeching noises and headlight issues.What irks me more is that I’m yet to get my bike back despite promising to bring it back in few hours @OlaElectric pic.twitter.com/pHi0uEPGYi

Another disgruntled customer by the name of Karthik, on the same day, received delivery of his S1 Pro and found that his new electric scooter was littered with scratches and dents and there were uneven panel gaps. While the company has assured him that all the scratches, dents and panel gaps will be taken care of, Karthik responds that he has paid for a new product and not a refurbished one.

An OLA S1 Pro was delivered to me at the Visakhapatnam event today.
It has cracks & dents all over the body. The manager says she will get it repaired before delivery. But repair is not the option. I paid for a new product, not a refurbished product@OlaElectric @don4every1 #Ola pic.twitter.com/ifZnDsJaXg

Rahul Prasad on Twitter adds to the list of problems faced by the first wave of customers. He says that he paid Rs 7471/- as insurance amount, however, when he received the policy documentation, it mentioned Rs. 6995/- as premium. Rahul hasn’t received any answer on this discrepancy from the manufacturer.

Actual range of these scooters has also come into question as many customers are reporting way less mileage in actual use than 181 km that Ola claimed.

Interestingly, it has also surfaced that the very first customers who booked these scooters on the day of the launch, are yet to receive their deliveries.

BIG! Only One ICE Platform Under Development, Rest All Electric – Bajaj

In short, it is not going the way Ola would have wanted. Things should have been held at the quality control doors of the company. In the worst case, Ola should have paid heed to the multiple issues media reported during the ride.