Hello Bikers, everyday the world of two wheelers is witnessing a certain new direction with auto shows, technology and innovations. Recently a mix of all these factors was seen in the New York Motorcycle Show wherein no of various motorcycles were showcased. The motorcycles showcased power, technology and innovation in an altogether different way. The show has also turned some fans down because most of the top manufacturers had no new products to showcase. Still there were certain new entrants in the show. Let us now look at the top 10 Motorbikes that were showcased at the New York Motorcycle Show.

This is one of the most promising bikes showcased in the show. 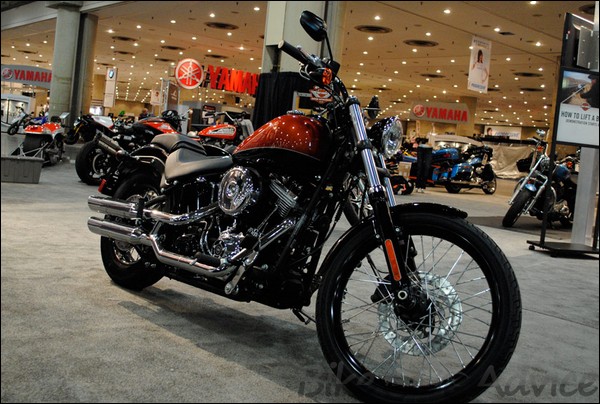 This bike has definitely got the appeal and the charisma to woo to a lot of people. Speaking of the design, Blackline makes a minimum yet appealing use of the chrome.  Apart from the chrome, Blackline relies on Black Powder coat and flat black accents that adds to the appeal and luster of the bike.

This baby from Harley Davidson has a seat height which is lower that usual Harley bikes. In fact it sports the saddle only 24 inches above the deck.

As expected, Triumph unveiled its Tiger 800. This is one powerful bike introduced by Triumph in the series. 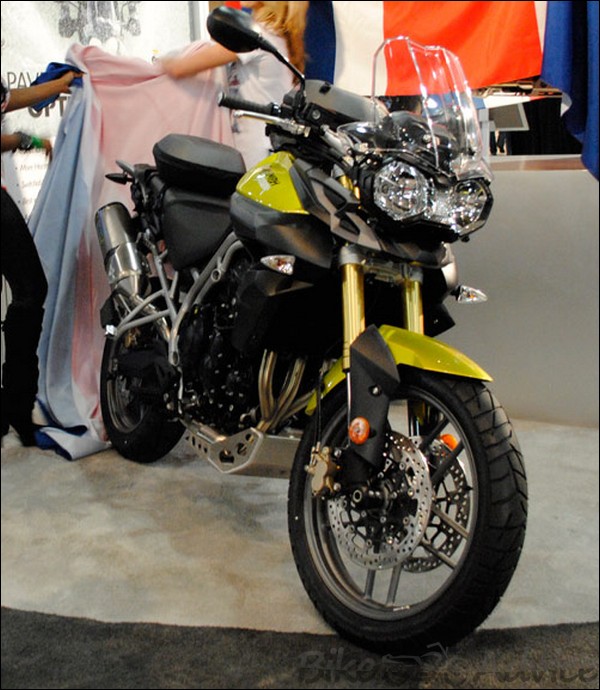 Triumph actually wanted to give riders an option to choose a lighter bike and this was the main reason these bikes were showcased in this show. The Tiger 800 comes with a power displacement of 800cc and it also features fuel injection technology.

Triumph was not stooping after it showcased tiger 800 but the company showcased another bike which was probably superior to Tiger 800 in terms of physical make over and certain features. 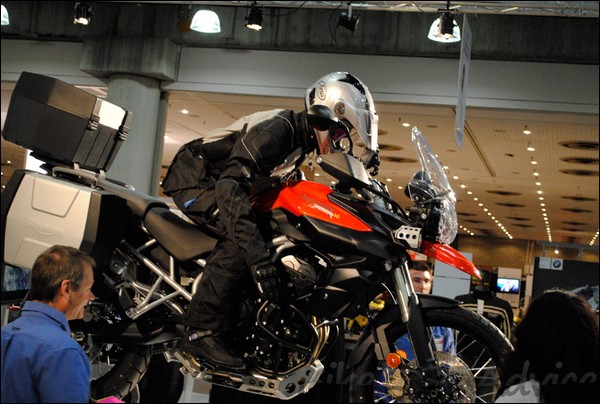 The Tiger 800XC showcases 800cc engine with a little paint job over the Tiger 800.

As expected, Triumph showcased Thunderbird Storm too in the show and it certainly wooed a lot of people present at the show. 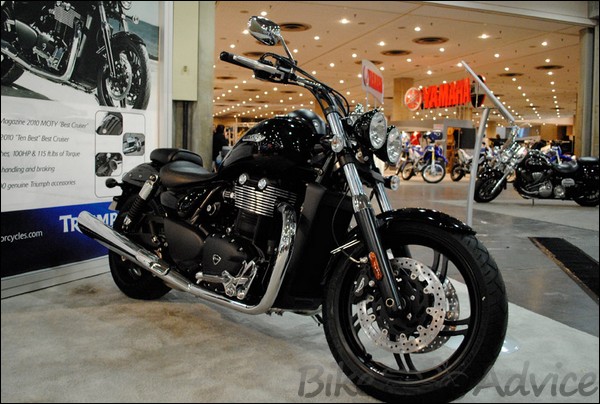 This bike showcases an amazing design and also power packed performance. With the introduction of Thunderbird Storm, Triumph plans to play safe and strong in the world of power cruisers. This baby from Triumph showcases an engine of 1700cc displacement.

Well we have already given you the news of this bike being launched in the U.S market soon and as a result of which it was featured in the New York Motorcycle Show. 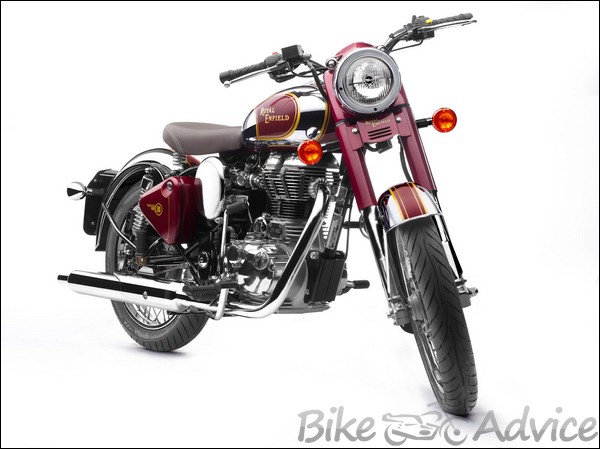 This baby has got a jaw dropping chrome finish. It feels like the bike has been dipped in Chrome. Royal Enfield faced some initial problems in showcasing this bike at the show because of customs but they managed to grab the eye balls of the audiences.

Royal Enfield has also showcased Bullet 500 in the show.

This bike is termed as affordable and powerful because of its low price in the U.S market and 500cc displacement engine. It is speculated that the bike will be priced around $5500 in the U.S market.

It was the first time for the audiences to see the BMW K 1600 GT and GTL touring and luxury touring bikes. Find below the image of K 1600 GT. 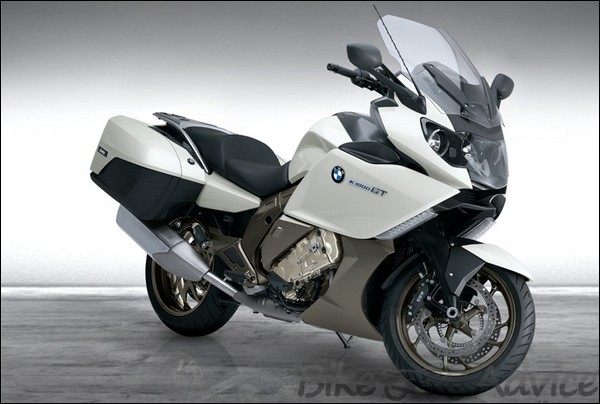 These powerful machines feature a in line 6 (a engine configuration BMW has always excelled at) .  BMW K 1600 GTL has got good stling, better paint job with lots of improved features over the K 1600 GT. Find below the image of BMW K 1600 GTL. 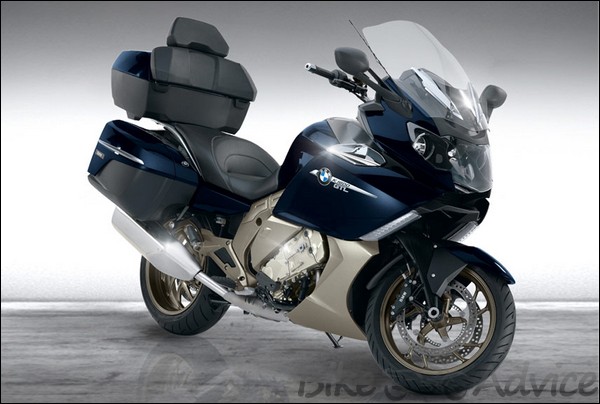 Both the power cruisers borrow some part of their design from Honda’s GL 1800 Gold Wing. Both these bikes are said to be comfortable and powerful.

BMW was not stopping at two but they also showcased another commuter scooter called Concept C. 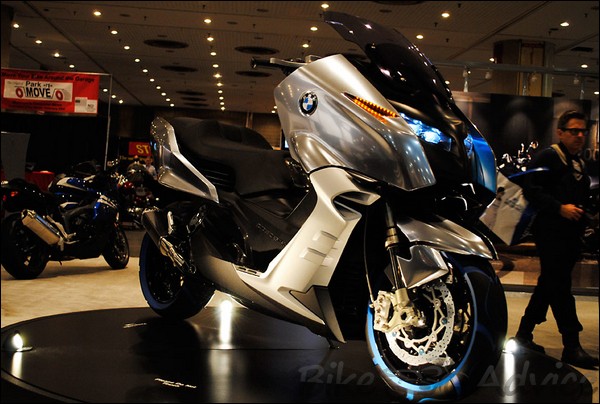 The scooter has got amazingly good looks with a eye catching design. Concept C may altogether redefine the scooter market.

Ducati also showcased a devil. Ducati continues to surprise people by redefining their product line up. 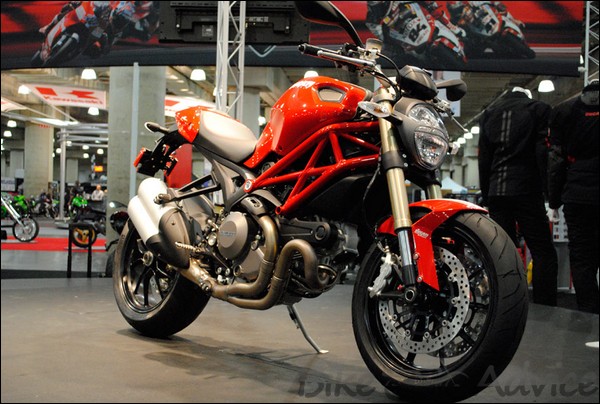 The Ducati 1100 EVO sports a four level traction control that will help the bike gain momentum and stability. This traction control holds both the biker and the bike on road even if you gain some extra throttle.

With perfect design and features like; well designed Aero Dynamics, raw power and smart technology, 1100 EVO is was certainly a eye candy in the show.

All in all the show was superb and all the participants received appreciation for their good work. We hope that such grand shows continue to happen year after year.