The Auto Expo 2012 should have created mixed emotions within the hearts of our readers and I’m very sure about it. The reason for my assurance is the fact that as we, the authors covered it live for you; we had the same kinda feel within us. Many of us expected the Bajaj Auto to unveil either the new breed of Pulsars or the KTM Duke 200, both which were not even showcased for display. Rather, then unveiled their small car RE60, which is an alternative for the Auto-Rickshaws. This is still a relief for bikers, right? Hope, you understand! But rather Honda took the advantage of the scene by launching the much awaited CBR150R which turned out to be a show-stopper at the end of the day. 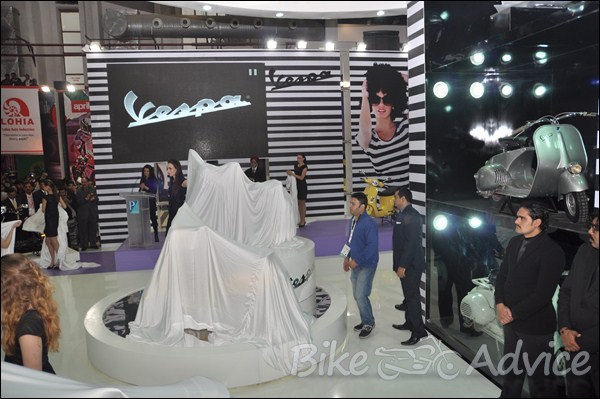 But at the same time, there was also a much hyped scooter which was launched at the Expo and it was the Vespa range. The Vespa breed has a long connection with the Indian soil and the re – entry should get back the fame which they lost following the exit from Indian market. This time, Vespa comes inside with the Piaggio badge as against the LML tag which was the base for their entry, then. More details of the Vespa was already updated right from the launch venue.

The Piaggio Group is the largest European manufacturer of two-wheel motor vehicles and one of the world leaders in its sector. The Group is also a major international player on the commercial vehicle market. Established in 1884 by Rinaldo Piaggio, since 2003 the Piaggio Group has been controlled by Immsi S.p.A., an industrial holding listed on the Italian stock exchange. 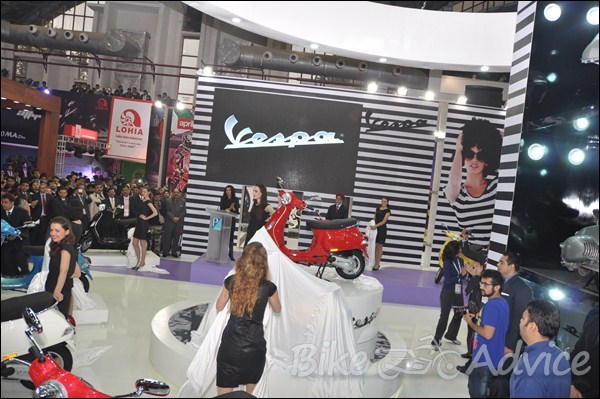 The Piaggio Group product range includes scooters, mopeds and motorcycles from 50-1,200 cc marketed under the Piaggio, Vespa, Gilera, Aprilia, Moto Guzzi, Derbi and Scarabeo brands. The Group also operates in the three- and four-wheel light transport sector with its Ape, Porter and Quargo ranges of commercial vehicles. (Ape Truck). The Piaggio Group brand portfolio contains some of the most distinguished and historic names in the two-wheeler industry, from Gilera (founded in 1909) and Moto Guzzi (founded in 1921) to Aprilia (which in just over twenty years has established itself as the most successful Italian and European vehicle manufacturer in the world motorcycling championships) and Vespa, the extraordinary two-wheeler that has come to be regarded as “the” scooter, which, with more than 17 million vehicles produced since it made its debut in 1946, is an incredibly long-lived market success as well as one of the best known icons of Italian style and technology in the world. The leading player on the European market, in 2010 the Piaggio Group shipped a total of 628,400 vehicles worldwide, compared with 607,700 in 2009, including 395,000 two-wheelers (scooters and motorcycles). 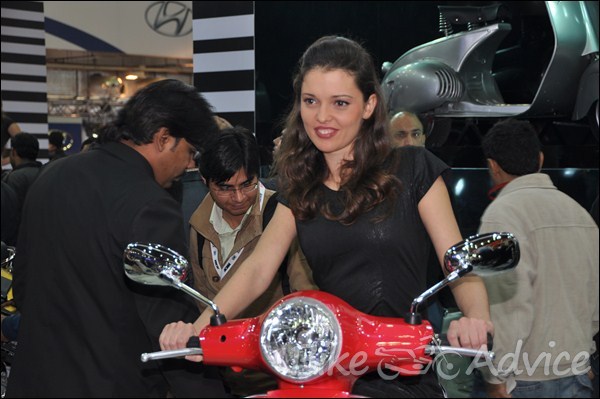 PVPL (Piaggio Vehicles Private Limited) is a 100% subsidiary of Piaggio & C S.p.A of Italy, which is one of the global leaders in two-wheelers. PVPL has an efficient network of over 700 touch points across India, providing world class Customer Care.

The Vespa is an ageless brand that is now a symbol of a distinctive lifestyle in market after market around the world. Invented by Piaggio in 1946 as the world’s first scooter, the Vespa rose rapidly in popularity to become a loved and revered emblem of ‘made in Italy’ and ‘a new, unique way of enjoying mobility’. The Vespa is present in more than 100 countries with over 17 million units being sold since its inception. 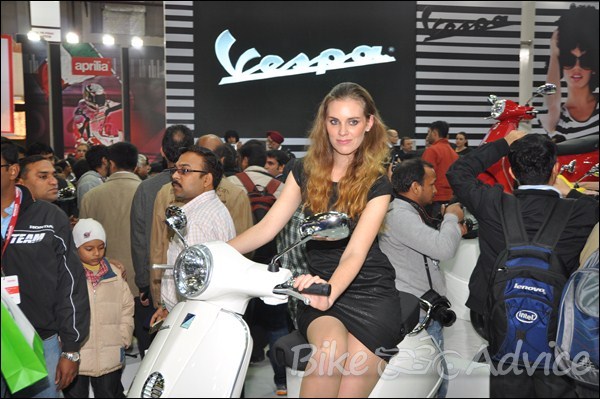 With its Indian foray, Piaggio intends to create an exclusive, premium segment for the brand. The Vespa will be positioned as a lifestyle, iconic, timeless and ageless product that goes beyond mobility and leverages its heritage and unique values. Vespa in India will meet the aspirational needs of the fashion, style and brand conscious individuals who would like to be a breed apart. Predominantly aimed all over the world at a premium segment of consumers who are looking to own nothing but the best, Vespa will be a disruptive force in the 2-wheeler segment in India. 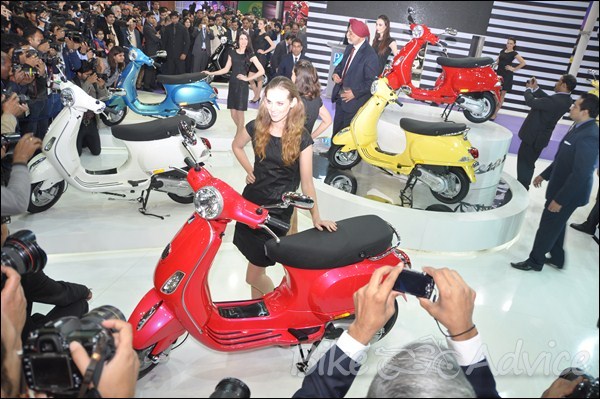 Vespa enthusiasts in India will have a reason to cheer as later this year the country will have its own Vespa Club that will enable them to be a part of an exclusive fraternity. In 2006, the Vespa World Club was formed that brought together 35 National Vespa club Federations and 685 Vespa clubs in the world.

Unveiling the Vespa at the Auto Expo, Mr. Ravi Chopra, Chairman and Managing Director, Piaggio Vehicles Pvt. Ltd. said, “Our foray into the Indian market activates a whole new segment of style and fashion conscious consumers who are looking for a premium, exclusive, lifestyle offering reflecting their personalities and attitudes. We would like to leverage this sizeable untapped market segment that shows tremendous potential for growth in the coming years”. 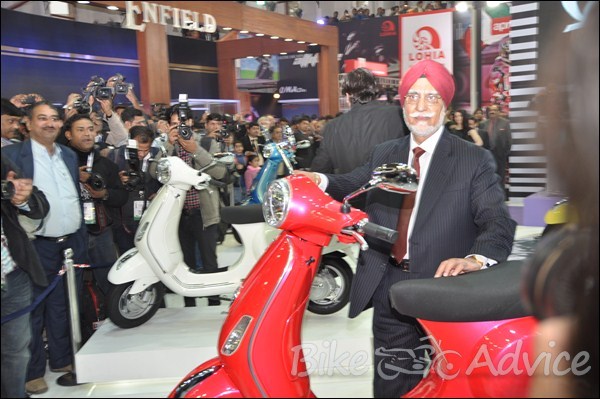 Piaggio India has set up a state-of-the-art manufacturing facility at Baramati for the production of the Vespa. The plan has an initial capacity of 150,000. The Vespa will hit Indian roads in April 2012 and will initially be available in 35 main cities.