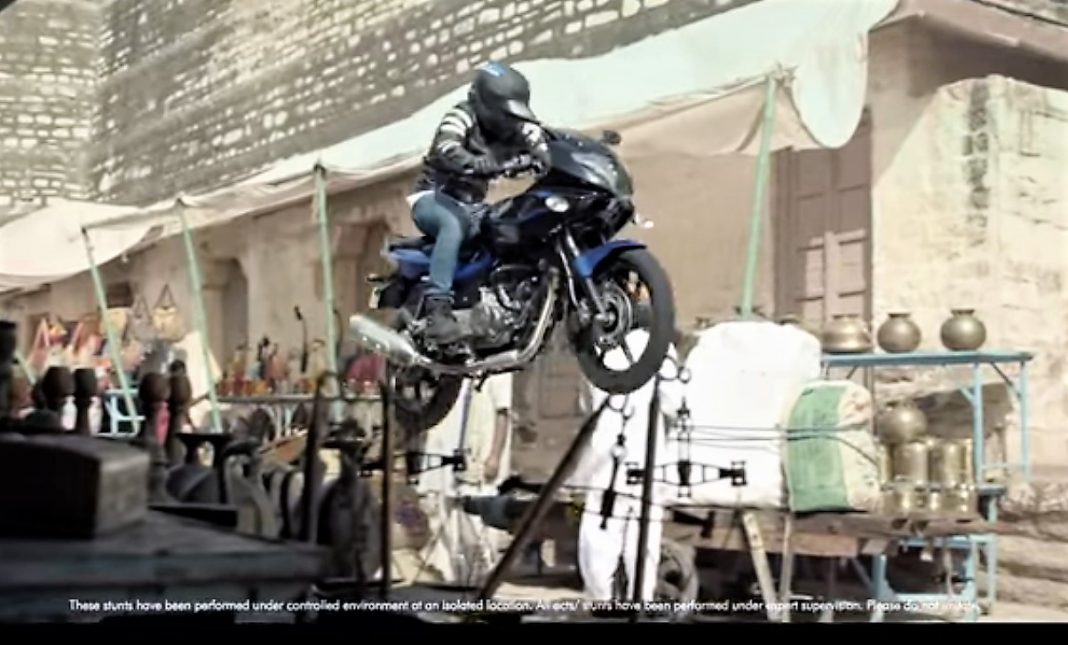 If you are unaware, there is an Advertising Standards Council of India (ASCI) which keeps a tab on the quality and content of the advertisements various companies air. ASCI has released a list of 100 most misleading advertisements and the only two wheeler manufacturer to have featured in this unpopular list is Bajaj Auto for their Pulsar TVC according to Economic Times.

This is based on the list of complaints received from consumers against ads which are misleading or lead to unsafe practices. Basically, the ad being talked here is the interesting commercial which Bajaj released on the occasion of 15 years of the completion of brand Pulsar.

The grunt with the ad is that – it shows riders performing stunts in regular traffic and in the presence of public which may encourage unsafe practices. They also had issued concerns for the stunts showcased in the ad without any disclaimer.

Bajaj acknowledged that they have received a notice from ASCI and notified their advertising agencies to avoid contradicting advertising guidelines. They also said that the sequences are performed by expert riders and in controlled environment. They have been creatively depicted to showcase daily-life routines.

Here is the ad which is the point of issue

The only other auto ad which was also questioned was the Bridgestone’ Ecopia tyres where they claim “I emit lesser CO2 so you breathe easy” without any substance.