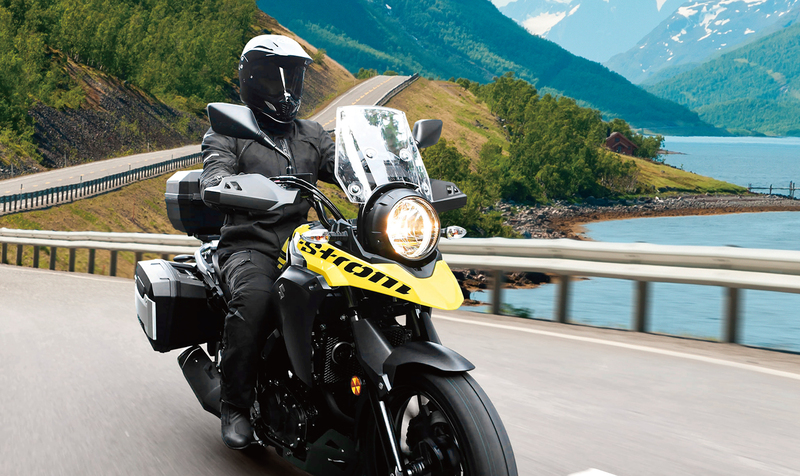 V-Strom SX vs global V-Strom 250 – There are two quarter liter V-Stroms in the world now that Suzuki is selling simultaneously in different markets. Let us list the differences between these two models…

So, before Suzuki launched and made the V-Strom 250 SX in India, the company already had a global model of V-Strom 250 which was launched back in 2019. But aside the name, both the models are made on completely different platforms.

Let’s take a look how different these models really are:

The Design and Colours –

This comparison is the most subjective one. Looking at both the bikes closely, it all comes down to the phrase ‘beauty is in the eyes of the beholder’.

At the first glance, both the models have very similar design language and aesthetics. Both the V-Strom 250s carry forward the company’s ‘Toughness in a Tender Shell’ design philosophy.

Both the models have design language inspired from the bigger V-Strom siblings. They both have the signature front beak, large body panels and tall stature.

Differences trickle down to small details and specifics. The Indian model gets split-seating while the global one gets stepped single-unit. The headlight design of the Global model is a round design housing LED unit while the Indian model has an oblong design similar to naked Gixxer 250.

Coming to the colours, the Indian variant is offered in three colours, while the Global model gets six colour options.

Both the ADVs come with absolutely different engines. The global V-Strom carries a twin cylinder lay-out that we have experienced on the Inazuma (that was briefly launched here). It also gets the more complicated liquid cooling. On the other hand, our Indian version comes with a single-cylinder configuration, very similar to the Gixxer twins with simpler oil-cooling tech.

Surprisingly, our single-cylinder motor puts out 1.9 HP more than the twin-cylinder unit. However, the torque produced by the global model is 1.2 Nm more, and we already know that it (the global motor) was a no-frills, very sorted engine.

The Global V-Strom can also carry 5.3 liters of higher fuel in its tank.

The chassis category is very difficult to compare as both Suzuki India and global have not given much information on both the machines. However, from what we know both of them are based on completely different platforms.

What stands out is the ground clearance of the Indian version of the V-Strom 250 that is 55 mm higher than the global variant. And that should clearly help in tackling off-roads better.

Both the models come with similar braking set-up – consisting of single-disc arrangement both at the front and rear.

However, the big difference is the front wheel diameter of the Indian model. The V-Strom 250 SX rides on 19” alloys which should, again, help it be a better motorcycle to negotiate bad roads.

Looking at the dimensions, the Indian version is 30 mm longer, 90 mm wider and 60 mm taller than the global model.

The seat height is also 35 mm taller on the V-Strom 250 SX, but could be reduced by using the Suzuki accessory low-height seat.

Another point that goes to the Indian version is the weight. The Global V-Strom SX is 31 kg heavier than the Indian model.

So, there we go! We have known that twins are costly to make and sell. Suzuki has already sold its Inazuma here in India – when it had to offer clearance to get rid of the stock. On a lot of parameters, the Indian V-Strom SX looks a better ADV and that it costs a lot less is the sole reason why Suzuki worked on a new model for our market, rather than bringing this international-spec product here.