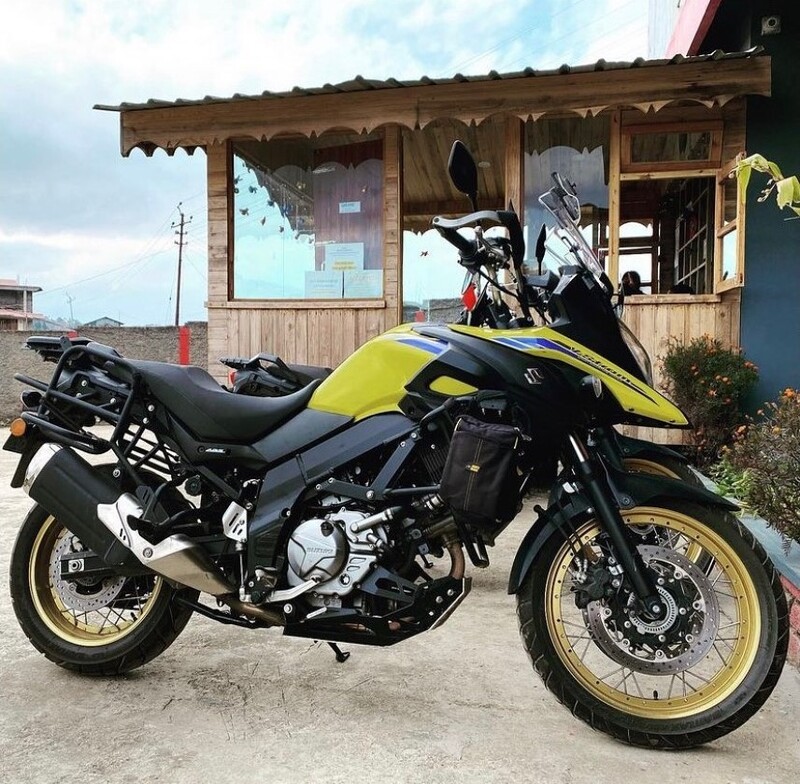 V-Strom 1050 launch is hinted at by Suzuki for our market. We get this sneak through the social’s ‘Master of Adventure’ teasers…

So, Suzuki India have been putting multiple teasers on their social media for a while now, hinting at the launch of a new motorcycle very soon. Although the posts don’t showcase the model, but they do share a common highlighted word ‘Master’, and the latest video teaser hints that ‘Master of Adventure’ is coming soon.

The tagline ‘Master of Adventure’ matches the company’s description of their liter-class Adventure-Tourer machine – V-Strom 1050.  This almost confirms that the Japanese manufacturer is going to bring their flagship ADV bike to our shores very soon.

Any further information about the India-bound version of the V-Strom 1050 is yet to be revealed. Additionally, other than the teasers, the company is hush-hush about any more details. To know further about the ADV we have to look at the international market to understand what the bike offers.

The Suzuki V-Strom 1050 is offered in two variants – V-Strom 1050 and V-Strom 1050XT. The major difference between the two variants is the use of Alloy wheels in the Standard variant while the XT variant gets tubeless tyres covering spoked rims. Other than this difference, both the models are broadly differentiated by the colours options of each variant.

Powering the V-Strom 1050 and V-Strom 1050XT is Suzuki’s 1,037 cc, twin-cylinder, liquid-cooled engine which produces 105.9 HP connected to a 6-speed manual transmission. The ADV rides on 19” front and 17” rear tyres aided by a braking system consisting of twin-disc setup at the front and single-disc at rear.

It is expected that the launch of Suzuki V-Strom 1050 will take place later this month (April 2022) and it may be priced at around Rs 14 Lakhs. Once launched, the V-Strom 1050 will rival machines like Ducati Multistrada V4 and BMW R1250 GS in India.