Hi Bike Advice readers, this is Thirumal Alagan from Bangalore. I love bikes & always get attracted towards them from my childhood itself. I started with my dad’s moped TVS-50 when I was in my 5th std and then started riding my dad’s bike (Suzuki MAX 100R blue color) when I was in 7th std (I was around 12yrs of age). 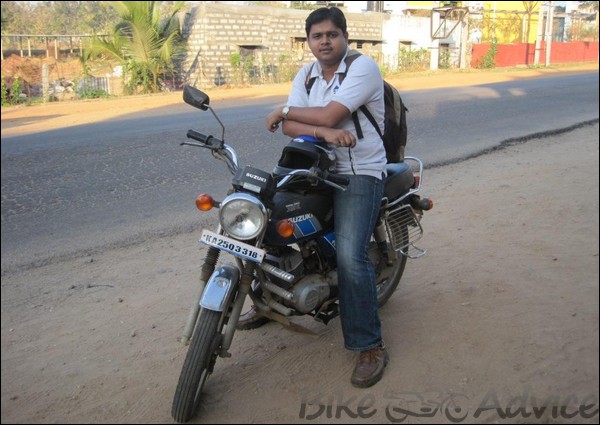 I was tall enough to ride a bike at that age 7 my curiosity gave me the courage to ride it through the streets whenever my dad was out leaving his bike at home. That was my first bike. I learnt riding in that bike and still riding that after my dad got his new bike. I got more attracted to this bike and my attachment increased as my uncles were also using the same bikes.

My uncle only taught me to ride it. I have used my uncle’s Suzuki for 2 years during my high school days. My Suzuki Max 100R is 1999Dec model. My dad & I both were using that till 2009. After that it completely came to me as I got a job here. I don’t know how much Kms my Suzuki has done because of the speedometer was reset whenever it stopped working.

As you know, it’s a 2 stroke engine bike, 100cc, commuter and known for its sturdiness and rough use even in fields. I have experienced using it all through fields, water, small streams, mud, long rides & even forests & hills. When I was in 10th std, my uncle bought a new Suzuki Max100R in Hosur, & we drove it from there to Tirunelveli, around 500kms. It’s a nice unforgettable ride on Suzuki. 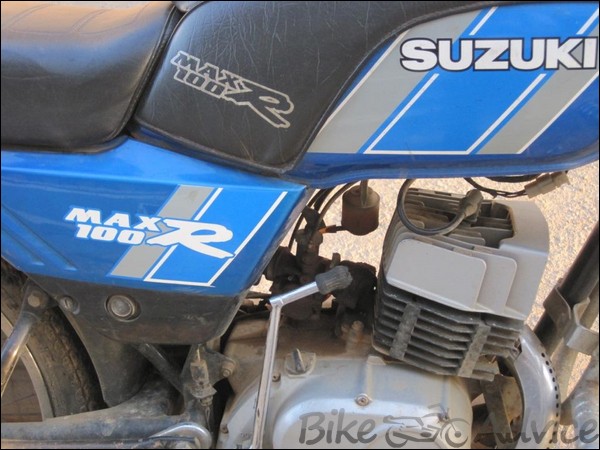 Suzuki Max100R being a two stroke bike, gives out enormous power & pulling capacity. It climbs hills & steep roads very easily. I ride my bike in steep roads in Mysore in 3rd gear, which other new bikes struggle & climb up in 2nd gear. I was very much shocked when my bike climbed a hill near hosur to the temple very easily riding triples when other bikes of this 100cc segment where struggling with only two on them.

I was really proud to have such a bike for me. And it’s quite easy to ride this bike at a speed 25kmph in 4th gear. Its foot toe gear shifter makes it easy more. It has sturdy shock absorbers which can have loads to be pulled. Its metallic front mud guard gives it a nice look. 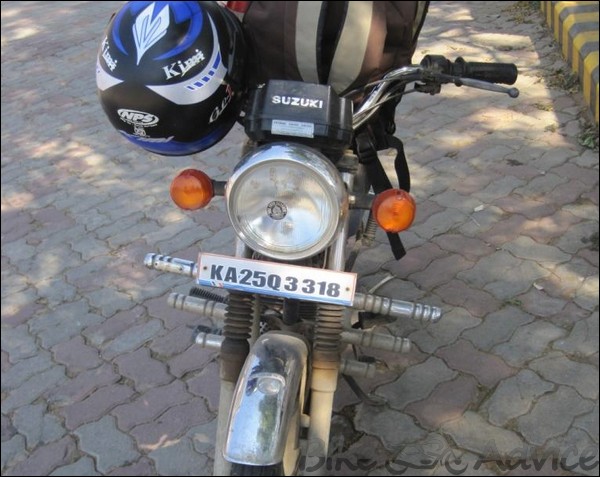 It has a typical silencer sound which I like and also most of my friends do. Even at cold climate, my bike starts soon in its 2nd – 3rd kick but I have heard many saying that their Suzuki Max100r has a starting problem in cold climates.

Recently (March 2011) I rode it all the way from Mysore to Bangalore, 150kms, at a constant speed of 55 to 65kmph without any rest except for refueling. My friends told it will not go this distance as it is 11years old without any kind of maintenance. But my bike had never let me down and so I believed it this time also.

My bike gives me a top speed of about 70kmph without any vibrations and can reach up to 85kmph at the max. Now its brakes & clutch plate has gone down, and now it requires them to be changed. Regarding mileage, my bike gives me 50kmpl in Bangalore city ride. It gives me a better pick up in city cruising. 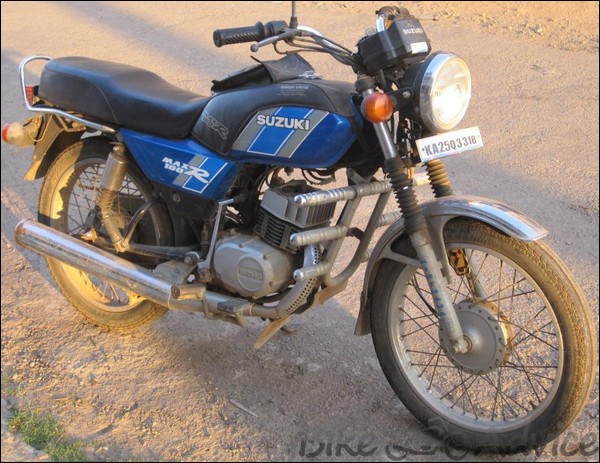 Regarding the electrical features, the round headlamp it has actually gives you a macho look of an original bike same as that on a Yamaha RX100. But it lacks many aspects which other bikes have as mine is an old model bike. It has a speedometer without a fuel indicator, RPM meter, gear indicator or any such thing you will find in others.

It doesn’t feature an electric start which helps more in traffic signals in big cities. I have to kick start mine in traffics. My bike made me a Suzuki favorite but I don’t know what Suzuki motors are doing nowadays. I don’t find any Suzuki bike which can be praised for its performance. Recent Suzuki products have lost their craze in motorcycle market.

Just think those days when Suzuki Max100R, Suzuki Samurai, Suzuki Shogun & Suzuki Fiero ruled Indian roads. I have a plan of getting my new bike. Waiting for a nice bike from Suzuki which will be my partner for many years like my old Suzuki. But if Suzuki fails to do that, then my choice this time will be Yamaha (Gladiator SS125 or SZ-R).