Suzuki bikes have been living to expectations of bike lovers by application of the latest in biking technology and coming up with new variants of racing bikes with that hard fought experience in racing to give the edge on racing tracks especially. For sure the racing bike Suzuki GSX-R1000 deserves a mention here. It’s one from the GSX-R series from Suzuki’s portfolio. It was launched in 2001 and almost established its niche market and fanfare across the world because of loads of new technology incorporated. Suzuki GSX-R1000 is also dubbed to be a machine made for street cruising but also strong to race on the tracks. 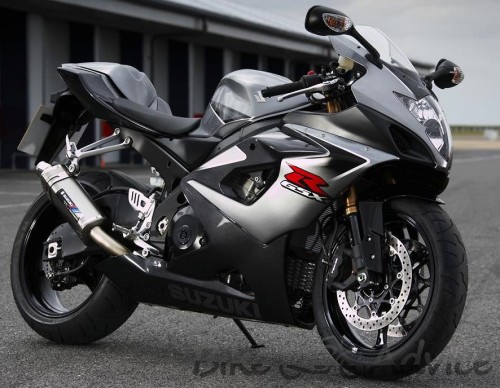 It is the ability to meet the requirements of riders such as acceleration, braking, and cornering and repeat that makes the Suzuki technology rightfully one of the best in the biking world. It’s because their bikes are designed to give much needed comfort to the rider which is ignored by other bike makers. Suzuki’s racing bikes have incredible lap time on the tracks, and so become a driving bliss for rider to drive them on the highways.

Should looks be sufficient for a bike lover the Suzuki Hayabusa can lure you away with its looks. The beast like machine has lots of muscle on the fuel tank and the big rear tyre gives the monster like looks to this street-smart machine. Seat saddle dips and the rear tyre assembly rises, so the seating is ergonomically supported. Again, the super bike is designed to take only the rider. His companion will be the machine itself and seat doesn’t accommodate one more. Trendy dual-toned side and front cowls appeal the youth and the side stand looks somewhat flimsy (don’t doubt its strength though as there have been no instances of its breakage while supporting the weight of the bike).

Note: This bike is not the same one as the Hayabusa which was launched in India recently. A review of that bike will be published soon.

Suzuki GSX-R1000 is more popular as Suzuki Hayabusa and it has more power compared to its forerunners; that of 7bhp-185bhp variants. This one is for sure a rider-friendly bike and it sports a 3-way power switch so one can opt for whatever power one desires which obviously depend on the road/track conditions. However, the maximum derivable speed of Hayabusa is a galloping 190kmph.

The GSX-R1000 K7 runs on a 999cc 4-stroke, 4-cylinder liquid-cooled engine for increased power, torque and acceleration. The engine uses, what is called as, forged pistons technology in aluminum alloy with chrome-molybdenum connecting rods and hollow camshafts in addition to the secondary balance shaft to reduce the vibration. 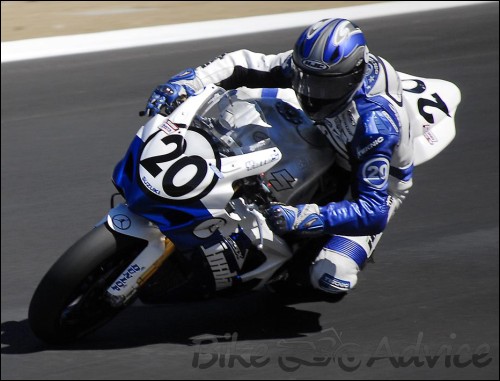 The power execution as well as throttle twist are absolute smoothie in the Hayabusa and will transfer an incredible experience for the driver. It indeed takes a little time to get used to throttle of this machine if you are a HD rider for long.

Additionally, Suzuki Hayabusa features ISC (Idle Speed Control) system which means better starting even during cold times and a stable idle quality eventually emitting low wastes into atmosphere. Large oil pump cools the oil and; the rear shock has high and low compression damping. The long wheelbase makes the ride and balance absolute easy for the racetrack purists. GSX-1000R K7 has loads of electronic gadgetry should looks and engine are not sufficient to attract you. It has an electronic controlled steering damper, a slipper clutch as well as adjustable suspension. The radial brakes and the adjustable pegs make it better with those master cylinders

Suzuki Hayabusa sports a new auto-adjusting clutch that operates hydraulically. Sounds Greek and Latin? Well, it simply implies that a rider will not experience changes in the clutch on a long drive, as smooth as you are riding an auto-geared bike. Hayabusa also features a cool instrument assembly which is easy to read and also a motor-controlled analog. Besides, there are other gadgets such as digital and LCD speedometer, LCD indicator for telling engine mode, tachometer, dual trip meter, clock, as well as gear position sensor, a light to indicate rpm. Now at least these things will be up to the expectations of a technology-friendly racer of the modern day.

Coming to the performance of Hayabusa, it never lets a biker down and is considered as one very dependable fellow. The bike is built for rough usage and so runs for several miles without demanding your attention at all. If there is a flip side of this super bike, it would be the finish and paint work on the panels that let an international biker down. All said and done, the high-end technology besides electronic gadgetry and the world class performance you can count on should be enough to call you and lay hands on its throttle and you are off on the track like a horse and you will agree that the Suzuki GSX-1000R K7 Hayabusa is rightfully given the tagline, “own the racetrack!”