Update: Suzuki has dropped in a “Block Your Date” mailer for the 7th of November. It is called as ‘Intruder’ and has been leaked here … 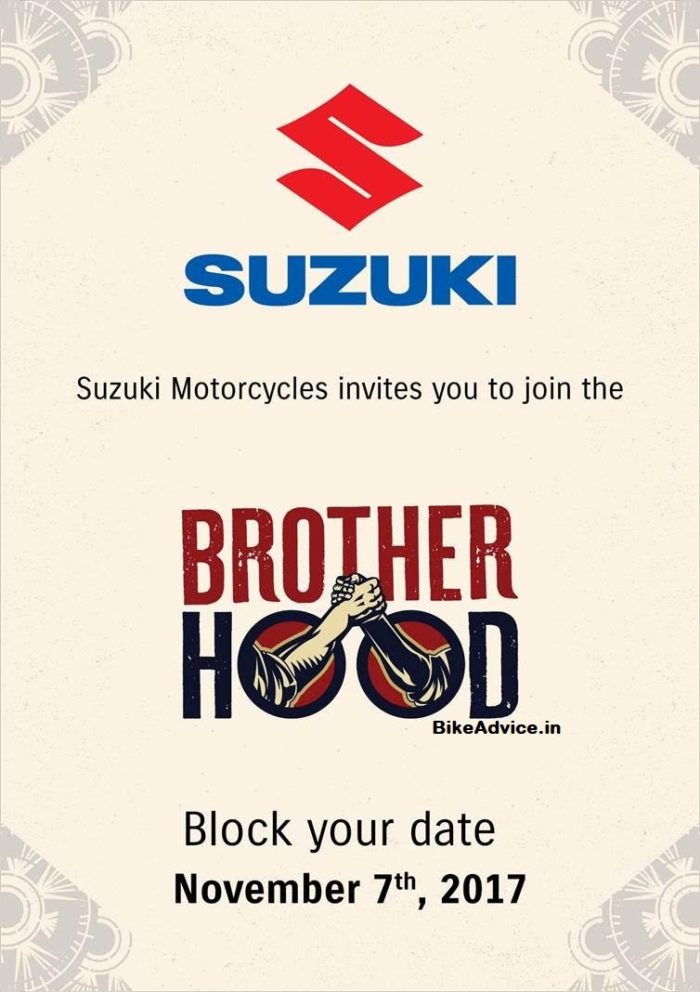 BikeAdvice was the first publication which revealed that Suzuki is working on a small cruiser for India and back in July we did a story that it will be launched in 2-3 months (from then). Here is the link to that and seems like we were bang on target!

Suzuki has indeed developed a 150 cc cruiser for India which will be launched in India in a matter of few days. According to our sources, the motorcycle will share few design elements with Suzuki’s flagship Intruder range.

It will carry the same 155 cc Gixxer’s engine albeit in a different state of tune (probably to suit a cruiser bike’s characteristics). Surprisingly, no test mule has been spotted yet but remember Gixxer was also spotted for the first time very close to its official launch.

The launch is scheduled as early as   7th of November and dispatches to dealerships are expected to commence around 2-3rd November.

After the success of Gixxer, it was expected that Suzuki will build more motorcycles and signals were already there that they will want to move to niche segments which have lesser competition. Suzuki’s cruiser, name of which is not known yet, will fight it out with the only 150 cc cruiser – Bajaj Avenger 150 which is doing fairly well.

We expect prices to be around the 80,000-90,000 ballpark or slightly more depending upon how feature loaded it is. We will update this story once we have more details on this…