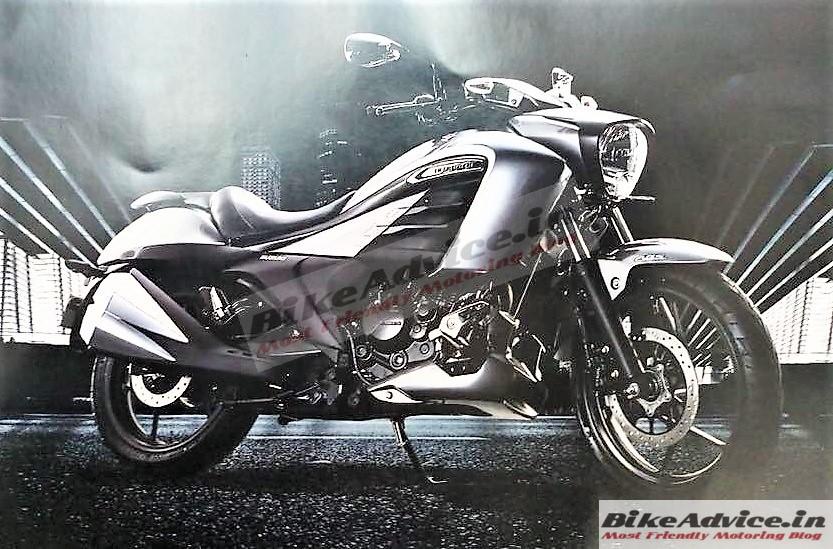 If you have been following BikeAdvice you would have known that we revealed Suzuki’s plans of a small-capacity cruiser for India back in July (link here) when nobody had any sniff about it. We followed it up with a snippet recently revealing that it will be launched between 5th and 7th November in India. And here we have T-H-E deal for you…!

One of our reader Atin has shared a pic of the cruiser which will be launched in India next month. It will be called as ‘Intruder‘ most probably with a suffix of its cubic capacity after that (150 or 155). And it looks astonishingly good with bulbous looks, heavy chest, flowing body design, twin exhaust canisters and a big headlamp which immediately reminds us of the big Intruders.

It does not look like a product which has been made for the sake of it. Instead, this appears to be a blockbuster from day one – something which has been made from the heart. Obviously, like you, we also believe a slightly bigger motor would have done more justice to its body design and proportions. 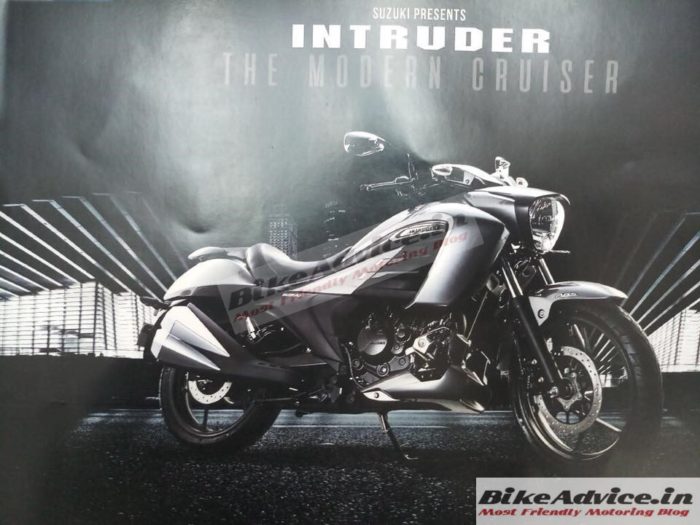 As we told you earlier, it is the same 155cc engine of the Gixxer but we expect tweaks to its tune which could match its cruising abilities. We hope Suzuki increases its low and mid-range torque even if it comes at the cost of some power loss. It also gets ABS (most probably a single-channel unit from the Gixxer SF).

The following brochure scan reveals more details about the new baby Intruder. It gets an LED tail lamp, projector LED headlamp, a raised instrument cluster which appears to be all-digital. 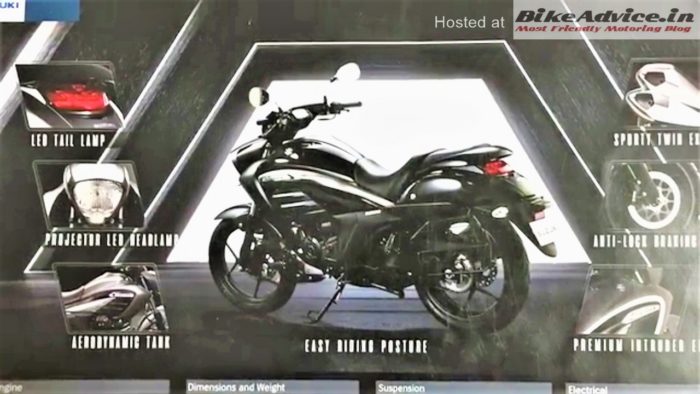 It also confirms that Intruder 150 will be available at least in two colours – silver and this black pictured above. There may be a golden colour also on offer based on the thumbnails in the brochure.

Now this is a how you announce your arrival in a new segment and Intruder 150 is bound to create ripples in the entry level cruiser segment which currently only has the Avenger from Bajaj.

Since this looks a premium product (with ABS) expect it to cost around or over 1 Lakh on the ex-showroom price. More details to follow…