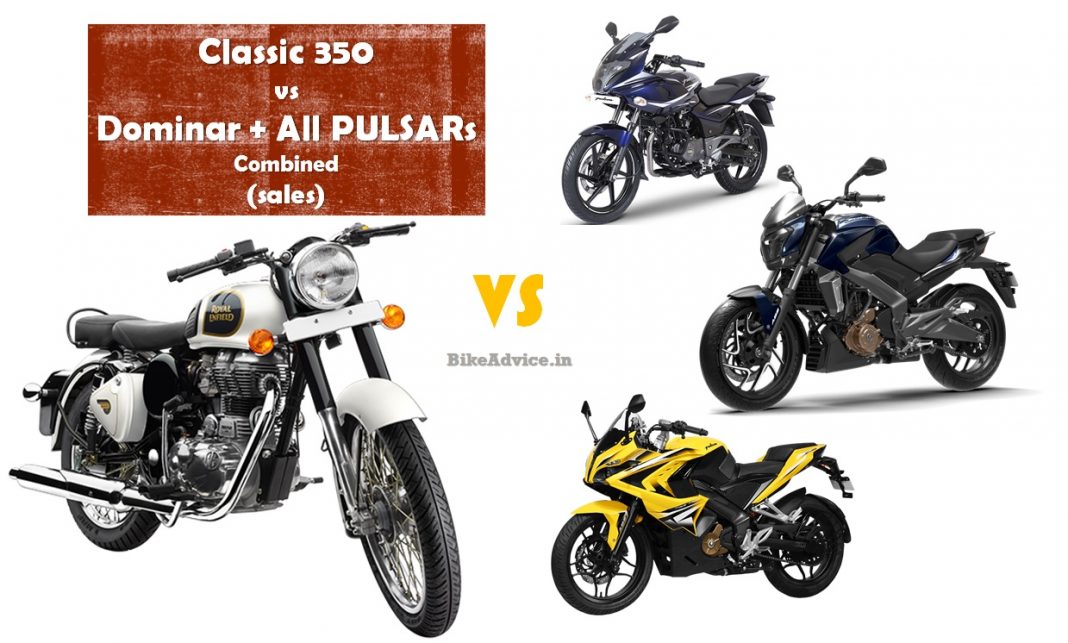 Now this is getting real interesting. It is well known that Classic 350 is the largest selling Royal Enfield in India (by far) and Pulsar 150 has been the maximum unit seller in the 150 cc motorcycle space for more than a decade now.

To keep the background ready, Pulsar 150 costs about Rs 75,000 whereas the Classic 350 is almost double at near 1.4 Lakhs. So, what do you think should be the ratio of sales between these two unrelated motorcycles – Pulsar leading handsomely? No? 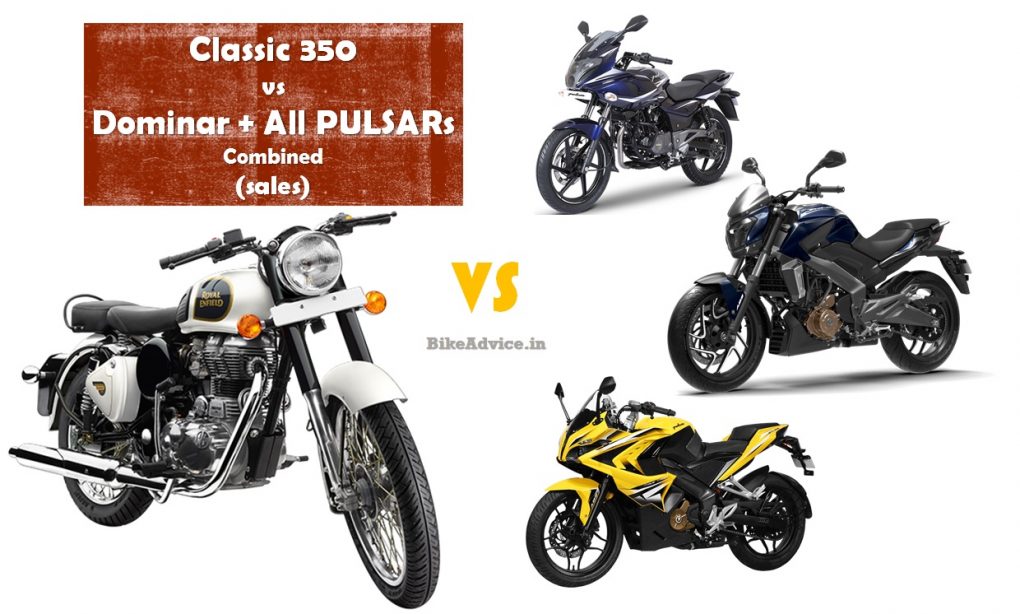 And considering that these official SIAM figures most probably show clubbed numbers for Pulsar LS135 as well as Pulsar 150, the difference may be more. Not only this, if we take into account the last seven months, the lanky cruiser has outsold the Pulsar 150 (& LS135) in four months out of seven!

Evidently, it is clear that the Demonetisation months of November and December 2017 affected Pulsar buyers much more than Royal Enfield customers and this trend is also visible in January 2017. We have picked the largest selling 150 cc motorcycle to give you a reference – this also means that Classic 350, which is double the cost outsold/outsells all other 150 cc motorcycles comfortably and quite frequently. 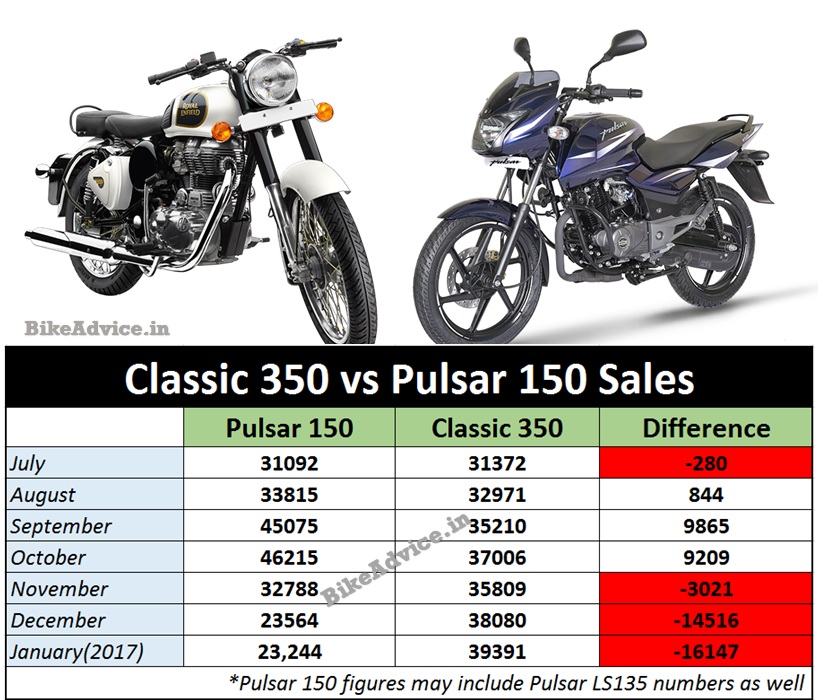 Sales: Classic 350 vs All Pulsars + Dominar

Now let us pitch in all the Pulsars together – which takes the total tally to 36,456 units for the month of January 2017 and this includes the following models

Let us also include the 2816 units of Dominar 400 (new total 39,272). Even if we club the complete sales of all these six Pulsars as well as the Dominar, Classic 350 single-handedly outsold them by 119 units!

If that is not surprising (and commendable for Royal Enfield), what else would be…. Goes on to show the craze people have for this brand, which is known to make not very reliable machines!

This is precisely the reason why Bajaj introduced Dominar 400 and chose to price it very close to the RE’s best seller! It will be worth a wait to see how Bajaj’s biggest motorcycle fights out the Classic 350 in its home turf in the longer run! Currently, Bajaj is retailing the motorcycle in a handful of cities and will take the reach pan India in the coming months.