Quite a few muffled groans were heard when Honda unveiled its Activa-i yesterday.

Increasingly being looked upon as the go-to choice by many bikers, there was a burden of expectation on Honda’s shoulders to launch something big and rapid, especially after the “Ready to Fly ?” teaser. However, fans were left moaning as it turned out to be a bland scooter, despicable than even the earlier version’s obese, bulbous build. 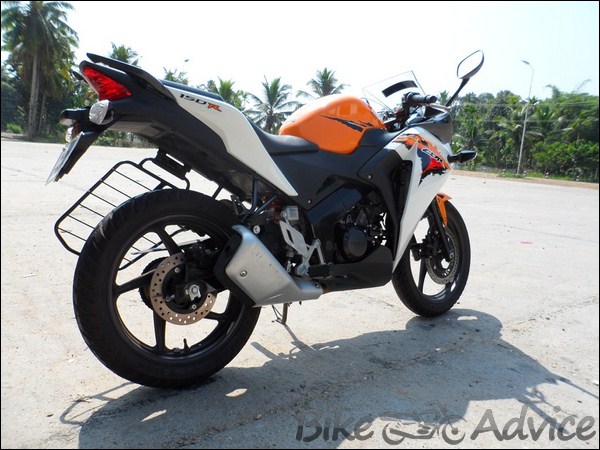 Nevertheless, it seems Big Red’s fans in India have something to look forward to. At the launch event of the Activa-i, Mr. Keita Muramatsu, President and CEO of HMSI, notified that work is definitely in progress on a locally developed product.

HMSI Vice-President, Sales & Marketing, Mr. Yadvinder Singh Guleria was also present there to elaborate on the word. He explained that this indigenous project has been handed over to the team in Manesar. According to Mr. Guleria, two hundred pairs of hands are putting their efforts into this project, with a hundred each coming from HMSI and Honda R&D.

Unfortunately, Mr. Muramatsu and Mr. Guleria declined to shed any light on whether the in-the-pipeline project would lead to a scooter or a motorcycle. They just mentioned that they would be able to comment further only after a year.

The Integrated Centre at Manesar has quite a few feathers in its cap. Inaugurated by Honda in this January, it was tasked with spearheading innovation. The Centre has a combined design, engineering, purchasing and quality control unit under one roof to enable local development of better quality product at low costs. Another noteworthy fact is that Honda’s Manesar centre is equipped with a wind-tunnel testing facility. It could one of the reasons behind its highly fuel-efficient vehicles.

Honda’s last motorcycle launch, that of the CB Trigger has not made to all the showrooms across the nation. In the last few months, it has launched the Dream Neo, as well as the HET-ed versions of the Activa, Dio as well as the Aviator. Motorcycle enthusiasts have been anxious about a big, rapid set of wheels, and Honda has been disappointing them routinely, especially after yesterday’s “Ready to Fly?” dud.

A notable launch is due from the Red Wing. Bring it on Honda, we are waiting!