Hero MotoCorp is on a roll!! And by the looks of it, this isn’t gonna stop anytime soon. As reports flow in from Economic Times, it appears that Hero MotoCorp has kept its ace well hidden beneath its sleeve. The ace is a 600cc naked bike rumoured to be called the “HASTUR”, and it is expected to slip out into full public view at the Auto Expo 2014. 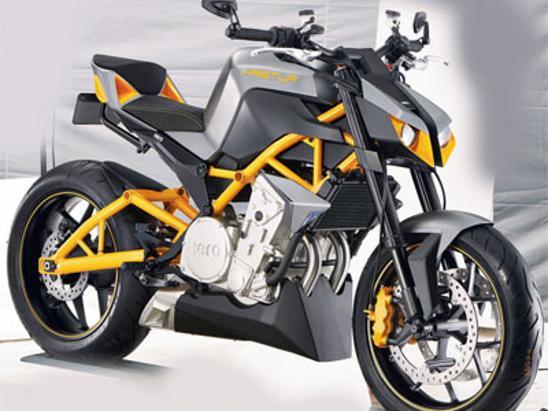 Hero MotoCorp’s moves are well aimed at shedding the image of technological incompetence that shrouds them. Few days back, they took everyone by surprise when they unveiled five new products that included their promised quarter-liter bike with 31PS of power and a noticeable under-seat exhaust. There was a diesel bike too, as well as an electric scooter on display. The 600cc naked bike really represents the next zenith of their curve.

Reports suggest that the HASTUR has been in works for quite some time now, and it will mark the entry of the world’s largest two-wheeler maker into the arena of super bikes. The bike is expected to be unveiled at the Auto Expo as a concept and it has been kept under a thick veil of secrecy. Insiders related to the source suggest that the bike is very aggressive in its design statement. The sources also seemed to indicate that the bike has been designed keeping in mind the international market, but it could also be sold in the Indian market as well to cash in on the growing craze for faster, more powerful bikes.

Specifications of the bike are in the dark at the moment now, and we hope they are revealed at the Auto Expo. HASTUR does have the looks, and it could very well kick Hero MotoCorp into a higher orbit. Rumor mills suggest that the bike will churn out around 7o horses, and 55 Nm of torque. Keep tuned to us as we dig more about the HASTUR, which is poised to give competition to the naked half-liters in the country and the upcoming Duke 690.