While Honda has been neglecting the Indian market when it comes to the 250-400 cc segment, internationally, they are going all guns blazing. Indonesia, a market like ours, has the CBR250RR (note the second ‘R’) which was unveiled exactly a year back. And to commemorate its first anniversary, Honda has introduced a new Special Edition of the twin-cylinder quarter liter motorcycle at the ongoing Gaikindo Indonesia International Auto Show (GIIAS) 2017.

The Special CBR250RR gets a display theme ‘Art of Kabuki‘ which depicts traditional culture of ‘Kabukimono’ which originated from the Sengoku era.

CBR250RR Kabuki gets black shock absorbers, red frame and while the front rim is painted black, the rear gets white coating. The rear seat cowl is also white in colour. At this moment, Honda informs that they are preparing 100 units of this special edition which can be ordered at Wing Honda dealers. 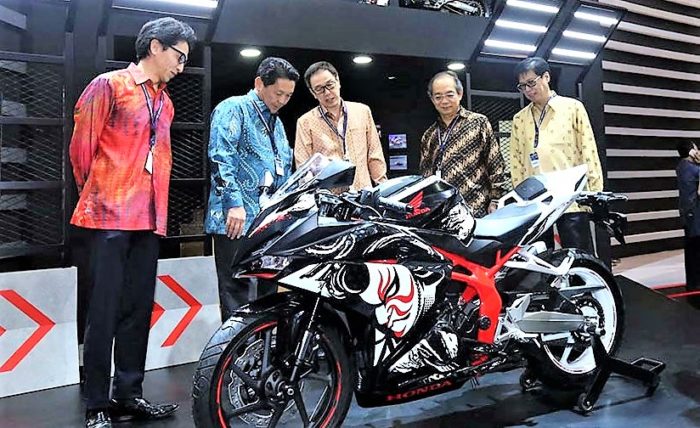 That is the story for Indonesia. Back in India Honda has even taken the sports tourer CBR250R off from the market and though they have patented the CBR250RR here, chances of it getting launched are almost nil.