At a time when lakhs of people crowd for a 1 lakh car, who would expect Indians to buy two wheeler bikes at over 10 lakhs? But positive signs have their own way of speaking. With some performance oriented launches from almost all manufacturers in India, it’s evident that they sensed the craving for going fast on big bikes among Indians is growing big time. 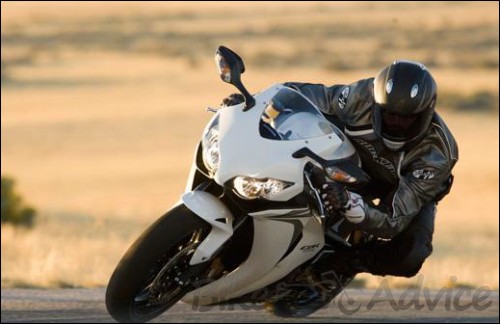 As the Indian government eased norms for launching bikes bigger than 800cc in India foreign manufacturers have been going full swing with launching some of the internationally acclaimed superbikes for us. Yamaha launched their litre class scintillating YZF R1 and the 1670cc torque monster, the 150 Nm MT01 cruiser. Suzuki launched the electronically restricted 1340 cc Hayabusa GSX1300R along with the monstrous super heavy cruiser Intruder and Honda launched two litre class bikes aka 178 PS CBR1000RR Fireblade and 125 PS CB1000R. The most common thing about these bikes is one has to shell out an amount of over 10 lakhs to own these superfast beauties. So how many actually make it out of the showrooms?

Honda: Honda launched the 999 cc CB1000R and CBR1000RR Fireblade bikes under their fully owned subsidiary Honda Motorcycle and Scooters in India (HMSI) in February this year. So far, they have managed to sell 21 of these powerpacked super beauties. These figures might not look very good in the context of the huge two wheeler Indian market but these are very substantial figures considering that one needs an amount of 11.50 Lakhs to own a CB1000R and Rs 14.50 Lakhs for CBR1000RR Fireblade. These bikes are targeted at a small yet very lucrative segment of wealthy performance seekers. Honda expects to sell 100 of these superbikes in India during the whole 2009-10 financial year. To cater to the servicing needs of these ultra modern technically laden super ferocious bikes Honda is opening two exclusive showrooms for these bikes which would provide 4S facilities of Sales, Service, Spares and Safety all under one roof. For this purpose, a team of experienced engineers is being prepared to look after these special customers and their wealthy possessions.

Suzuki: Suzuki is the youngest player in the Indian market under with their fully owned subsidiary called as Suzuki Motorcycle India Private Limited (SMIPL) under which the two technical benchmarks were launched in November 2008; the 1340 cc electronically restricted 187 PS GSX1300R Hayabusa and the 1783 cc 160 Nm Intruder. Suzuki has managed to sell a staggering figure of more than 100 units of both of these bikes which are priced at thirteen and half lakh rupees each! Impressed? That’s not all, Suzuki plans to sell 100 more units during this fiscal year of both of these bikes. Suzuki has also prepared a team of experienced technicians in India who can look after these technically complex bikes with conviction.

Spare parts are an issue with all these bikes. One has to order majority of spares and they are directly imported from companies’ plants. This takes time as well as money. The reason of extremely high prices of these bikes is the fact that these bikes come to India as CBU’s (Completely Built Units) and hence attract a very high custom duty and taxes and the same holds true for the spares. But with time we definitely see prices coming down and more affordable performance bikes coming to the market so that more and more people can afford to buy them. All signs lead to the positive!