After Panchgani and Ooty, its now Pune!! It is now the latest place where the upcoming full-faired Pulsar 200 SS has been spied by our friend Nikhil’s Pixelworks. This time the spyshots show a pillion rider on the bike who is not clad in any sort of protective riding gear, and is clutching on to dear life. 😀 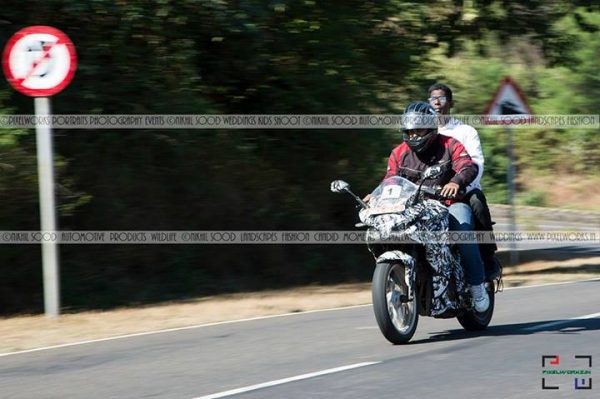 The test bike has been snapped more than a couple of times now. In all the spyshots, it carries a stubby exhaust on the right side as compared to the underbelly exhaust of the 200 NS. Bajaj Auto could unveil this faired Pulsar before the Indian Auto Expo in February next year. Whether or not this bike could be a proverbial hot-seller like the Pulsar 220, it remains to be seen!

Meanwhile, here are a few things we already know about this bike : 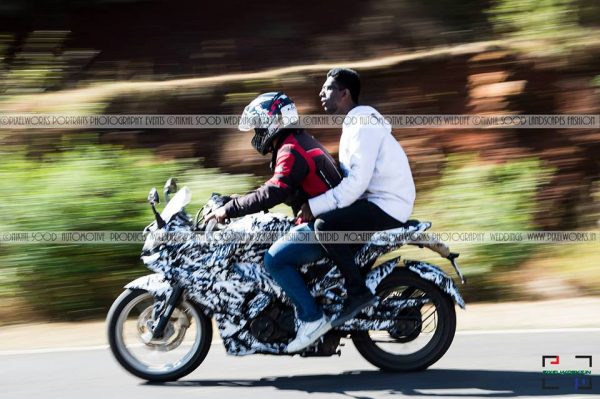 However, some whispers have been suggesting that the faired Pulsar 200 SS could have marginally better performance figures than the Pulsar 200 NS, thanks to a retuned engine and the speculated presence of FI. Nevertheless, it is expected to be  positioned in between the Bajaj Pulsar 200NS and the KTM 200 Duke. it could be priced at around 1.2-1.3 lakhs on-road. Would you be up for buying this bike, then??

Also Check Out: Bajaj to Unveil New Cruiser at Auto Expo in February