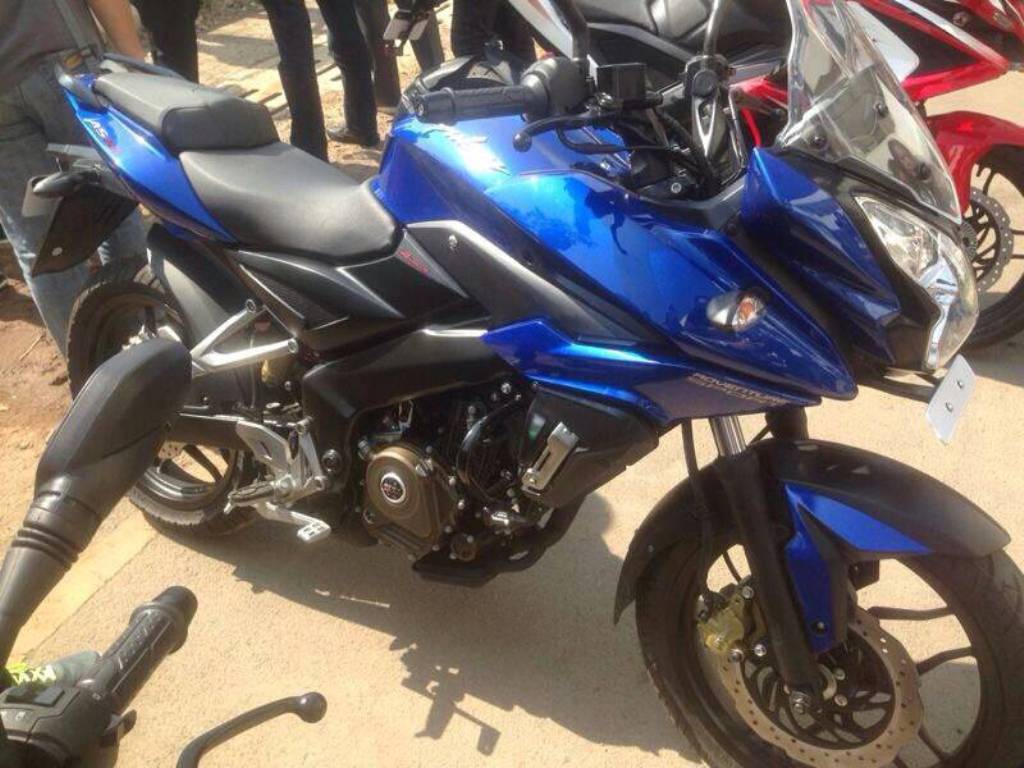 In a very surprise development, few pictures of a semi-faired Pulsar 200NS have cropped up on the internet. At first it appeared to be an after-market job to us hence we desisted from calling it a new version and reporting it here but careful inspection and that Pulsar 200SS at the backdrop reveals that this is a new model on offer by the Pune based motorcycle major! 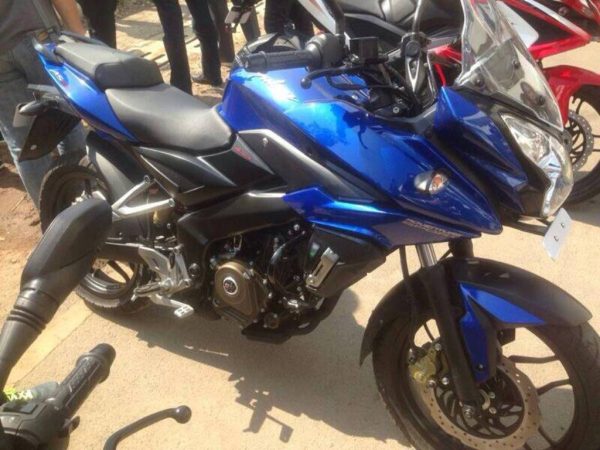 Pulsar 200AS, as is inscribed at the rear cowl and the fairing, Bajaj may chose to call and promote it as Adventure Sports. Clearly, Bajaj is following the international biggies which offer 3 versions of one motorcycle platform – naked, sports and adventure.

These pictures are reportedly coming from Indonesia where it is said that Bajaj has showcased both these bikes. We can see a blue and red colored Pulsar 200AS’ and they both look real interesting! Apart from the added semi-fairing, the rest of the body appears to be absolutely similar to the naked Pulsar 200NS. 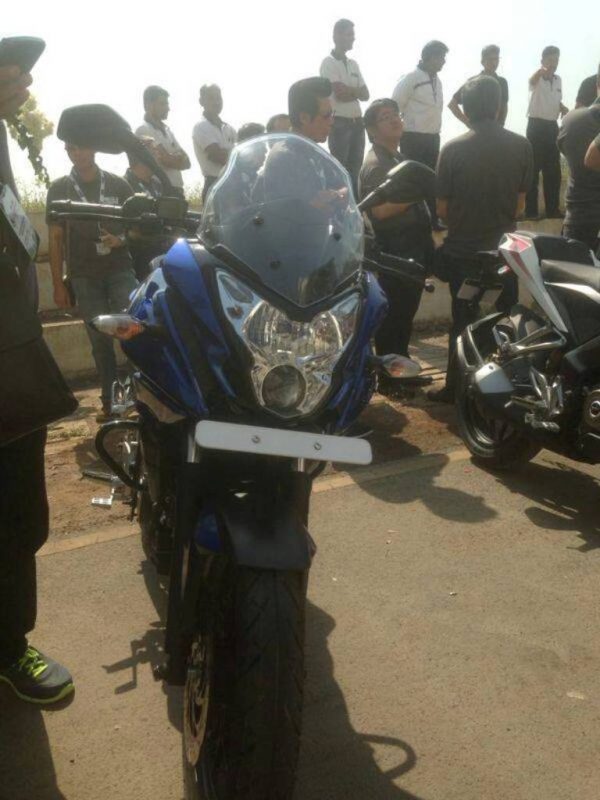 However, the headlamps go through a minor makeover but importantly carry a projector headlamp. We are not sure if those forks are raised to justify the ‘Adventure’ moniker.

Engine will surely be the same 200cc 4-valve triple spark motor. Considering that 200SS will get mild tweaks (apart from the fuel injected engine), this new 200AS may also get something on similar lines. Bajaj may have developed this motorcycle as a replacement for the Pulsar 220F on the longer run, but at the moment 220F enjoys higher sales than the Pulsar 200NS and hence there is no question of the company discontinuing it in the near future. 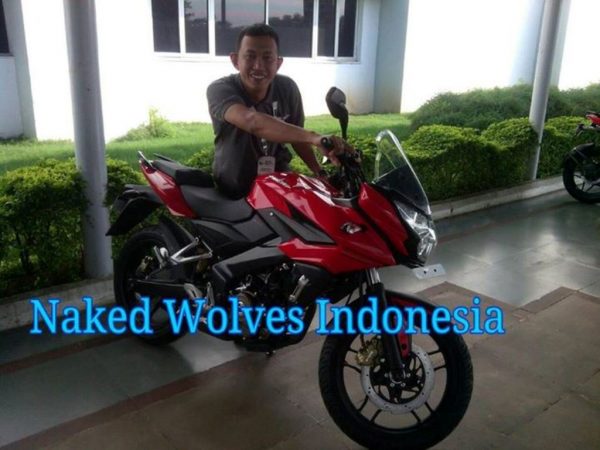 Bajaj has confirmed launch of 6 new motorcycles in India within the next 6 months and this should be one of the offerings in the list.

Pics shared by our reader Rahul via Naked Wolves Indonesia