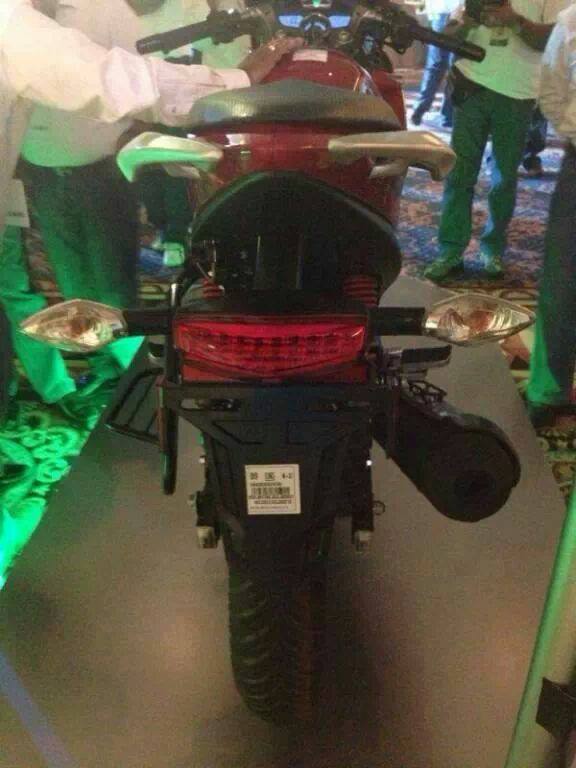 Almost all our readers are in a state of shock after seeing the frontal shots of the 2014 Karizma ZMR. And if you thought, things are any better at the rear? You will be mighty diasppointed from what you see here…

This is how the rear of 2014 Karizma ZMR will look like and though the picture seems distorted with an unfavorable camera angle there is no denying the absolute weird design of the rear. The split rear design which seems to be inspired from the smaller displacement Xtreme ends rising unusually providing a tiny look to the rear. The horn shaped grab rails look out of place and may not serve any functionality too.

The sloppy rear design exposes the suspension setup which further degrades the look of the bike. The indicators seem to resemble the ones used in modern pulsar lineup. The yawning gap between the pointed tail and Bajaj-Boxer like non-integrated tail lamp hints at the possibility of the designers taking revenge on Hero itself! The only solace comes from.. well.. nowhere! 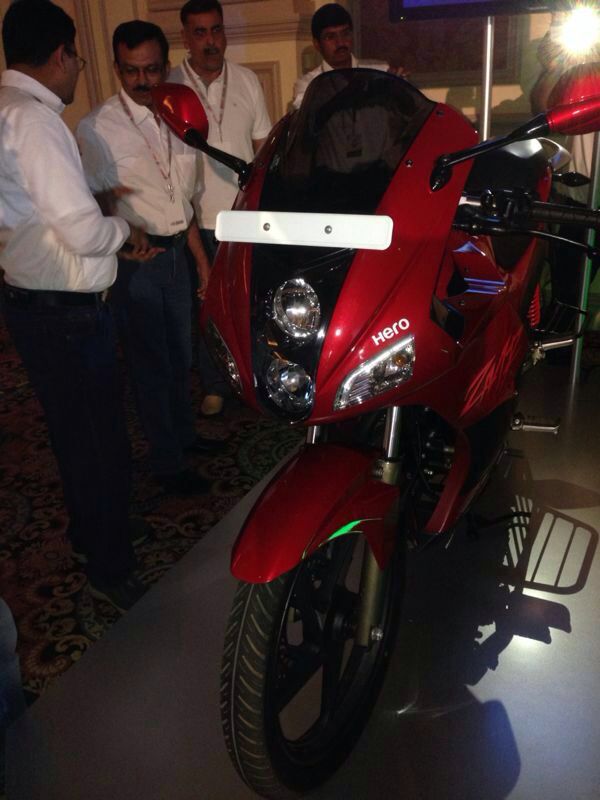 Hero motocorp has given a new meaning to the concept of parts sharing among products by slapping the rear of CBZ xtreme on Karizma ZMR. The bike gets weirder and disappointing with every scoop update. The only good thing from the update fiasco of Hero remains the expected boost in engine performance and let’s hopes that they at least manage to update the bike to decent power figures.

What has Hero done to itself! We really wish all this turns out to be a SPOOF!