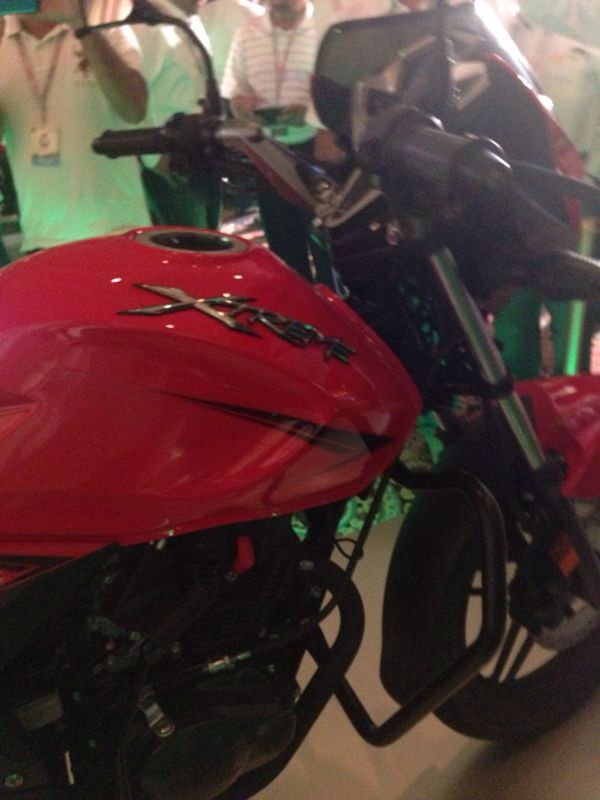 Busy days for Hero Motocorp it seems!! Somewhere at an undisclosed location, away from the prying eyes of the media, they have unveiled updated editions of two of their quite important products : The Karizma and the ZMR. Karizma’s launch needs no introduction; it has been creating waves in the interweb. We have focused on it on another of our reports; you can have a look at it here. 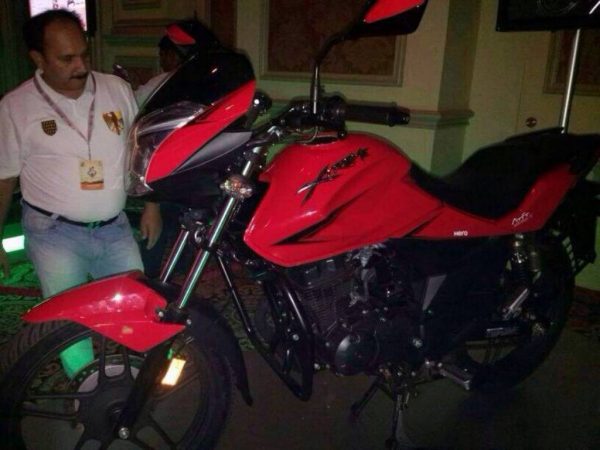 As a more mellowed down incident, we have the unveiling of the new Hero Xtreme from the same event. There is no final word on the location of the event; possibilities vary as widely from Macau to some nondescript town in South India.

As with the new Karizma, Hero MotoCorp has missed the shot by a wide margin with the new Xtreme as well. The striking thing is the absence of the tank flaps, which had been introduced for the first time in the previous iteration. For reasons best known to Hero MotoCorp, there seems to be a regressional switch to the side as well as tail panels of the Hero CBZ Xtreme that existed before the current edition. Yes, you might have got it right…the one with a tall stance, no tank flaps, a definitive tank recess and absence of split seats. Strangely, they have persisted with the rims of the previous Hero Xtreme ( Not CBZ Xtreme ).

The unravelings in the past couple of days reek of  blatant complacency, probably arising out of a hegemonic position in the Indian scene for about a decade. India’s masses in mofussils bought Hero’s frugal, ricey bikes and that showed up as Hero being the world’s largest two-wheeler seller. A gap existed in the premium category, which has been glaringly exposed in the last couple of years.

The changes also include the visor and the headlamp. A generous splattering of black-and-red dominates the proceedings. We can’t really say much about the headlamp-visor combo, since there isn’t a good frontal shot. They look aggressive, though. Another interesting point is that the Hero Extreme has shed its integrated turn indicators and opted for clear-lens protruberances, at least at the front. At the rear, a beefy shot has been injected due to the naked chain drive. No word on the profile and width of the rear tire, unfortunately.

Another welcome change is that there isn’t an overdose of graphics which plagued the earlier editions. A single streak adorns the tank, with a 3D-emblem being the cynosure. Other than that, we are pretty much back-to-square-one. There is an absence of a monoshock, and the engine guard seems to have been shed. Or is it just one variant??

We would also like to point out that a few parts that look similar to the ones found on the previous Hero Xtreme (Including the underbelly engine fairing) have been found on the new Karizma twins. You can have a look at it here.

We feel the engine specifications could remain the same. The chances of Erik Buell racing having tweaked the engine are slim, courtesy our gut feel and history! Frankly, we aren’t sure what is cooking in Hero MotoCorp’s backyard amidst all this potpourri. As long as they don’t hand over an official statement, we will keep scourging the web. Keep tuned as the story develops.