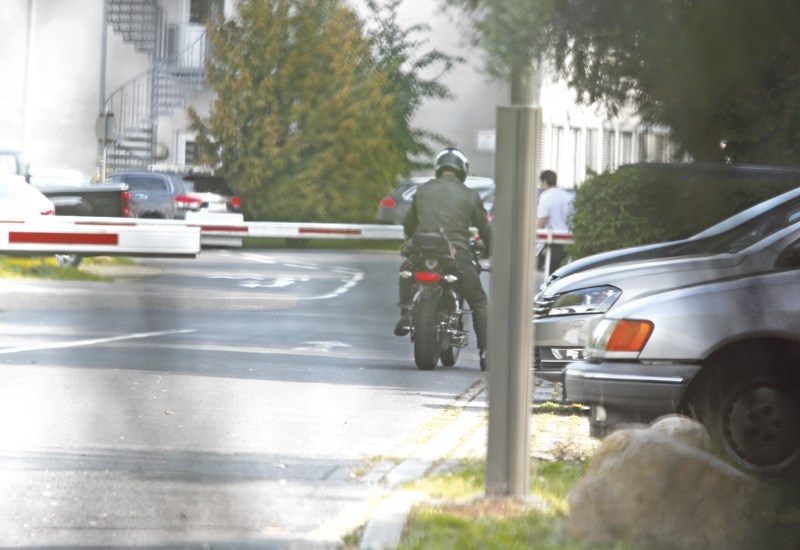 We told you yesterday that bike enthusiasts in India can look forward to even more exciting times ahead as Stephan Schaller, BMW Motorrad’s head man, has confirmed to MCN that that the ‘rumoured’ sub-500 cc motorcycle range, to be built in conjunction with TVS Motors, will be unveiled in 2015. 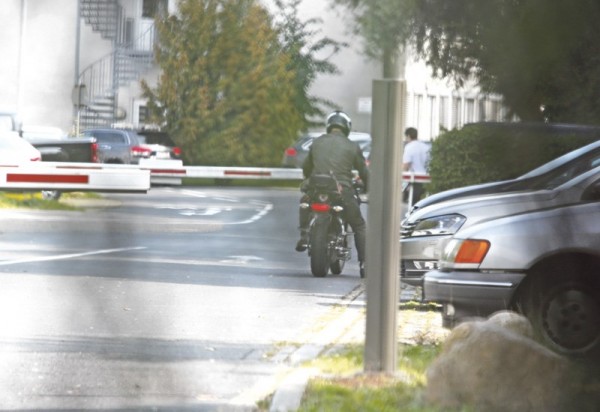 However, that news piece also carried a spy pic which MCN says is a “TVS co-developed bike undergoing prototype testing”, but to us it looks like the Hero-EBR’s HX 250R. Okay, look at that underseat exhaust, the shape of the tail light, the pointy flashers on its sides, and rear footrest brackets – that’s an HX250R for sure for us! 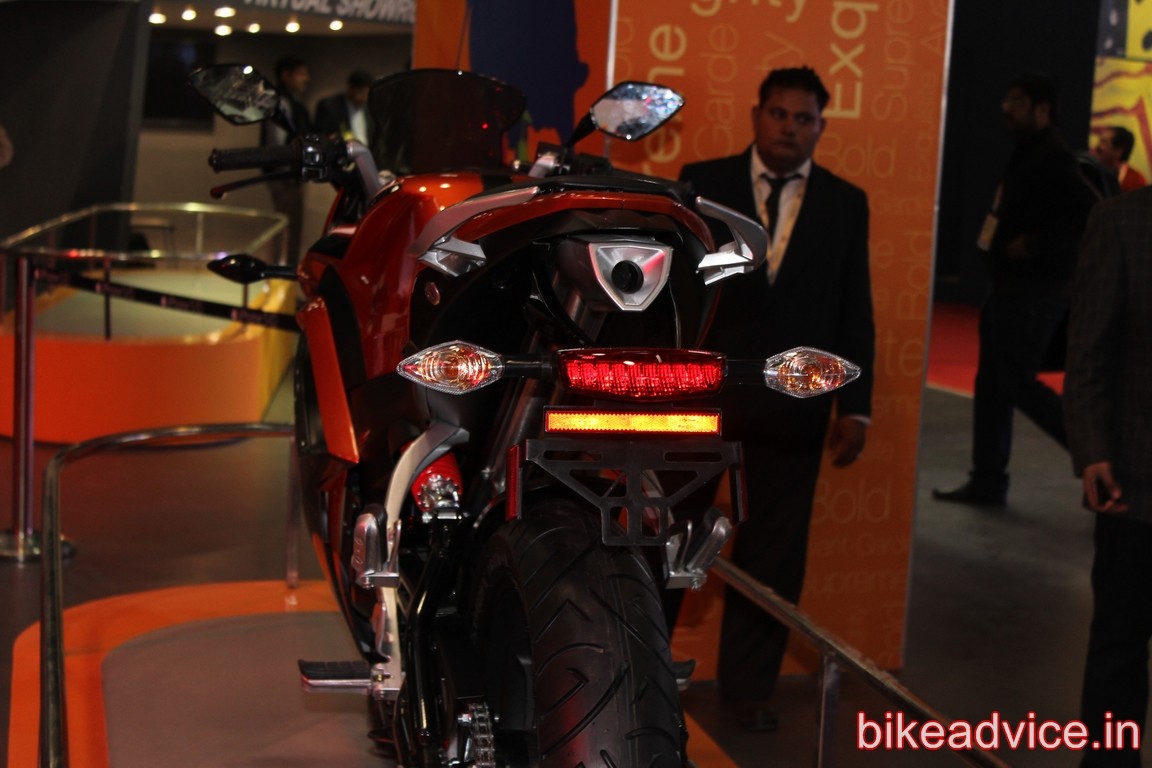 So, if Hero MotoCorp has begun testing their upcoming flagship, when can we expect it to come here? Earlier this year, I remember Mr. Munjal talking about launching some eight to ten (or was it more?) two-wheelers including the refreshed models in this financial year. Now, while most of them, like the Karizma twins, Splendor Pro Classic, Passion Pro TR, etc., have already been launched recently, two to three launches still remain… 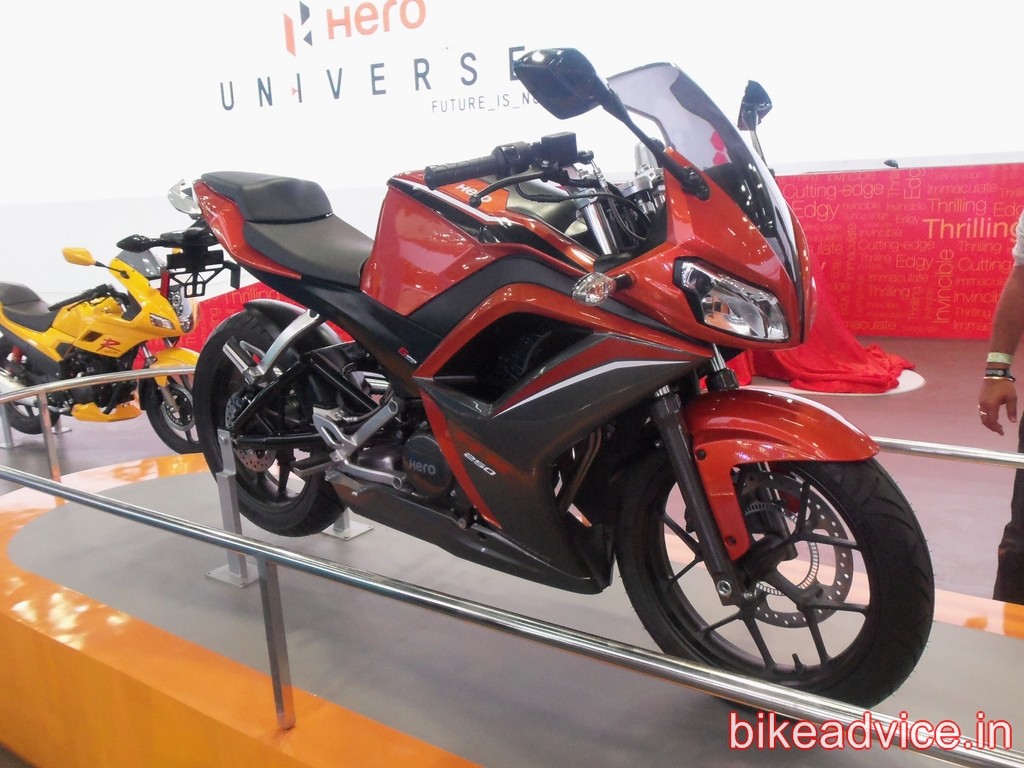 The first one would certainly be the Xtreme Sports, which should be out any day now, and the HX 250R should then come into the showrooms latest by around March-April.Hero also has a range of new scooters from 110cc to 150cc and the Hastur – few of them have already been teased by them in one of their TV commercials. Some of them may launch in the next three months while some may take more time. Hastur, if it goes into production, is more of a 2016-17 candidate! 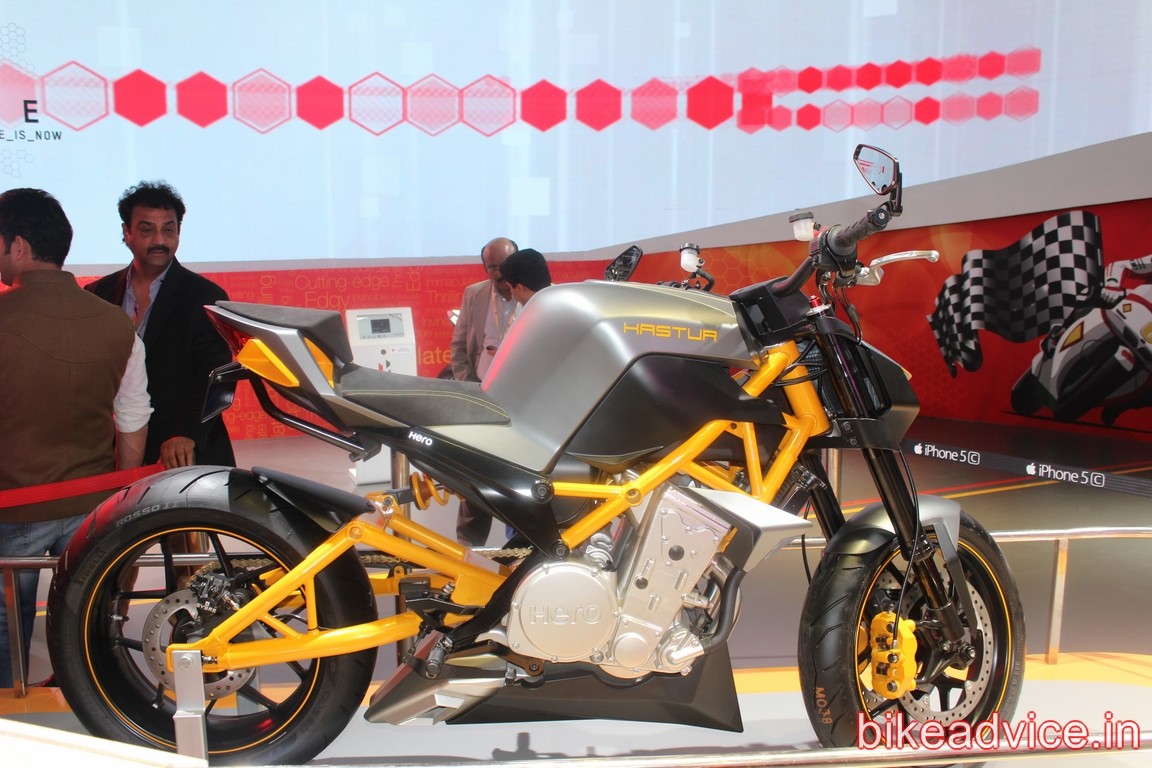 If one looks around, the 300-400 cc bikes have taken over the 250 cc segment in popularity, and that’s not just in India but overseas as well. And we did tell you yesterday that since BMW-TVS would want to cash in on the trend, the joint venture’s first bikes would definitely be in the former category. In fact, it is highly unlikely that the new bikes will go anywhere down from 300cc.

So not only would Hero MotoCorp won’t have to worry about new and, possibly, more potent competition, it would also have enough time in hand to place one more product in between the HX 250R and the 620cc Hastur…

Of course, they got to launch these two first!