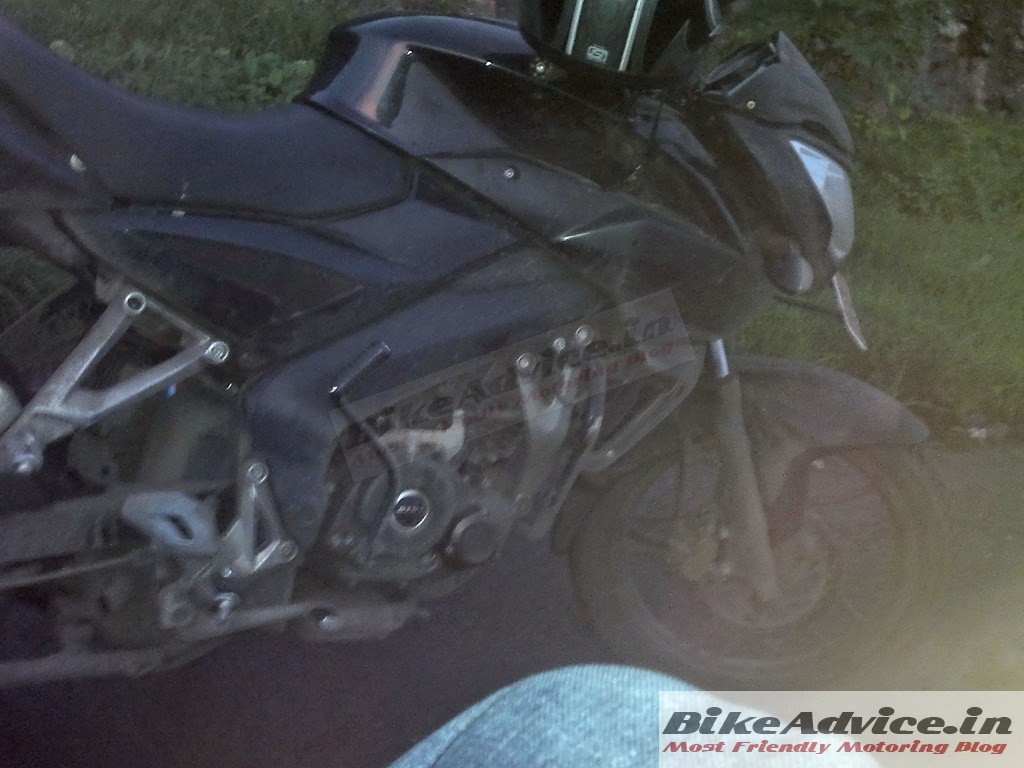 We crashed in on to a mule of upcoming Pulsar 150NS in Pune on tests recently. We also had a fairly long encounter with this mule and its test riders who were asked to ride the bike for a defined set of kms everyday. This mule that day had done about 150kms by the respective rider. 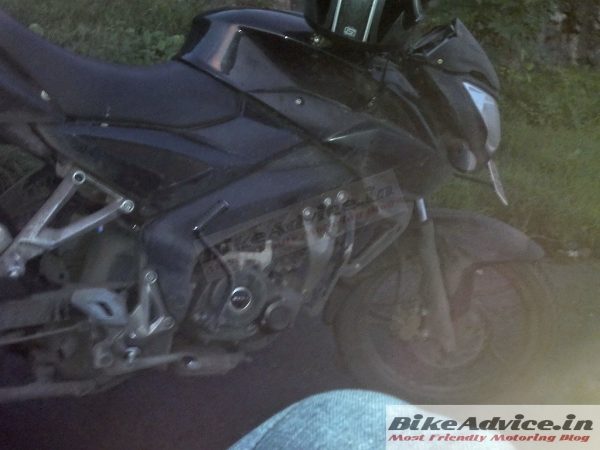 Nonetheless, the Pulsar 150NS looks a very close sibling of its bigger brethren Pulsar 200NS, which it is based on. A close up also reveals that the naked sports Pulsar 150 will sport Bajaj’s Triple Spark Ignition technology. With three spark plugs in the engine head to burn, the same quantity of fuel should make it almost as fuel efficient as the regular Pulsar 150 while also getting a bump in the peak power output.

You would then have the Pulsar range starting from about 15PS to the ~24PS of the upcoming Pulsar 200SS, all available between 70,000-1,25,000 rupees. We have already told you earlier that the company may, sometime or the other, discontinue the smallest Pulsar 135LS in India.

So while the increased power output might make the 150NS the quickest accelerating 150cc bike, the uprated cycle parts such as a beefier swingarm and monoshock among others should also help in enhancing its handling many folds!

Visually, it looks like the bigger 200NS with the major differentiating cues being the single seat of the 150 NS, slimmer (100mm) rear tyre, absence of liquid cooling and the presence of the kick starter.

The 150NS will go head on with the new FZ v2 and Suzuki Gixxer – the former is more fuel efficient now while the latter is one of the best-looking 150cc bikes in country today. But Bajaj will have a sure-shot power advantage over these two and everyone also knows how the Pune based company prices its products. I expect Bajaj to peg this bike between the current P150 and P180 and we are about to share with you an update on its launch. Keep tuned…