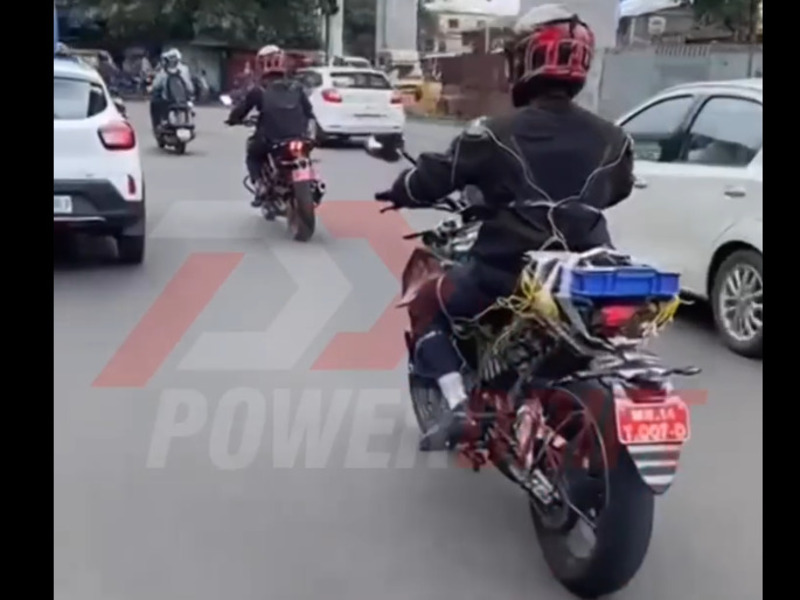 So, We have consistently been reporting on the fact that the next-gen KTM Dukes are in their final stages of testing overseas and one of the next-gen Duke test-bikes is also spotted being evaluated on our highways, fully camouflaged.

Now, after weeks of no update, an avid biker has shared a video of the next-gen 390 Duke being evaluated on our city roads, wading through our traffic. However, the most interesting fact in this video is that the test-bike is being benchmarked by not one, but two current-gen Dukes.

So thanks to Arya Deshmukh, we see the upcoming KTM 390 Duke test-bike wading through our city traffic and trying ti to keep up with the accompanying 2 current-gen Duke motorcycles.

Just like the test-bike that was spotted a few months ago, this test-bike was also completely covered in camouflage and was littered with various wires and sensors covering the whole length of the bike, even the rider.

However, the new-gen bike running along with the current-gen models suggests that the new Dukes are very close to the production state and are undergoing some final testing & benchmarking requirements.

Furthermore, the benchmarking also allows to have a better look and get the idea of how the new Dukes will differ from the current models –

These are a few of the changes we were able to make out from the short video and images we have captured from it.

Another major detail we know is that KTM have been working on a new engine which will be introduced on the new 390 Duke and they have working on this unit for a while at their R&D centre back in Austria.

Details about the engine numbers and its characteristics are still in the dark, however, looking at the state of the test-bike, we don’t think we will have to wait long for the new models to make their debut.

It is highly expected that the new Duke range will be showcased at the 2022 edition of the EICMA show in Milan scheduled for mid-November.