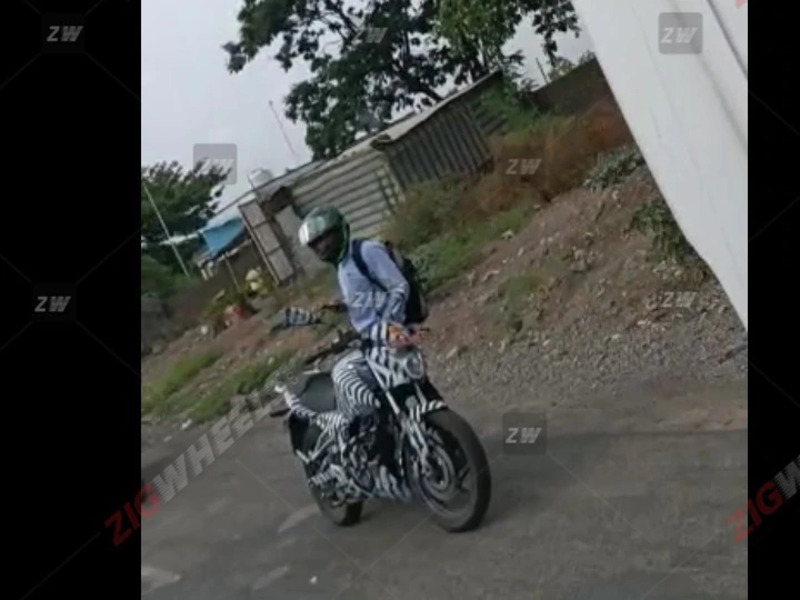 2022 Pulsar 150 could be the next-gen commuter bike from the company. As has been told multiple times, it will be inspired from the N250 sibling…

So, Bajaj have been working on the next generation of their Pulsars – glimpse of which we got in the form of Pulsar 250s. There are multiple models that are being tested on the roads. Recently, we got our first glimpse of what is touted to be the new Pulsar N160.

In a latest, a new completely camouflaged mule has been snapped and it is speculated to be the next-generation Pulsar 150 (or Pulsar N150).

Aside the similarities, we notice that this model is running with an underbelly exhaust, unlike the N250. The new Pulsar 150 (expected name) is rumoured to get a new 150 cc, single-cylinder engine based on the recently introduced 250 cc motor which debuted on the bigger F250 & N250 models. It might be tuned a little differently than the previous motor and could produce more performance alongside better fuel efficiency.

Frankly, it is a little confusing at this point as the probability of Bajaj offering Pulsars at just 10cc difference is less. Which means that this could either be the same N160 that was spotted few days back or that model is the new 150 – or there is this third possibility of these motorcycles sporting 180-200cc engines. Now that these models appear to be closer to production, we should be getting more info on them sooner…