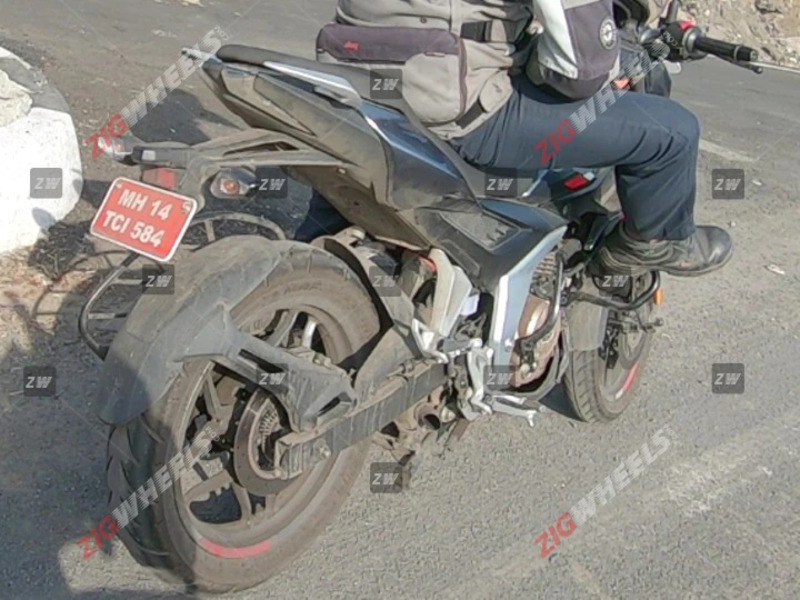 First ever Pulsar N160 spy pics have surfaced on the internet. It is majorly inspired by the N250 and gets LED tail-light and projector headlight…

So, only yesterday did we share the images of a new Pulsar being tested fully camouflaged, probably a 125 cc model, and today we have some more pics of what is claimed to be the next-gen Pulsar N160 being tested in the state of Maharashtra.

Thanks to an online portal, we have some spy-images of the upcoming successor to the Pulsar NS160 to share with you. The test-bike has been spotted tested on roads around the city of Pune, Maharashtra.

At a first glance, the similarity of this test-bike to the Pulsar N250 is unmissable. The front fascia with its canonical headlight housing a single projector, surrounded by body-coloured cowling is highly inspired by the bigger 250 powered naked sibling. While the turn indicators are fitted with bulbs, the tail-light is a LED unit.

Moving further along the bike, we can see more design inspirations from the N250 sibling. The side panels, the raised tail-section, the contrasting spil rear grab-rails are all design cues we can see on the bigger sibling as well.

Thanks to the images featuring the rider sitting on the bike, we can easily estimate the riding ergonomics of the upcoming Pulsar N160. The low seat-height coupled with high-set handlebars and centrally-mounted foot-pegs will provide a comfortable riding posture to the rider, best suited for daily commutes.

Coming to the chassis of the test-bike, it appears that the frame and the suspension components of the bike are very similar to the 250 siblings. At the front the telescopic shocks are fitted while the rear is suspended on monoshock setup. The braking is handled by single-disc setup both at the front and the rear and will be aided by the presence of ABS as standard. The kick-starter will again make its appearance on this bike as standard.

Fitted within the frame will be a new near 160 cc air-cooled engine, which will be based on the 250 cc heart that powers the bigger siblings. It is speculated that the new engine will make around 17 PS and 14 Nm – very similar to the current NS160.

As of now, there is no information of the launch timeline of the next-gen Pulsar N160. We expect that Bajaj will keep this bike affordable for the masses and in fact, it may cost lesser than the current NS160 (which is tagged at 1.21 Lac ex-showroom Delhi).