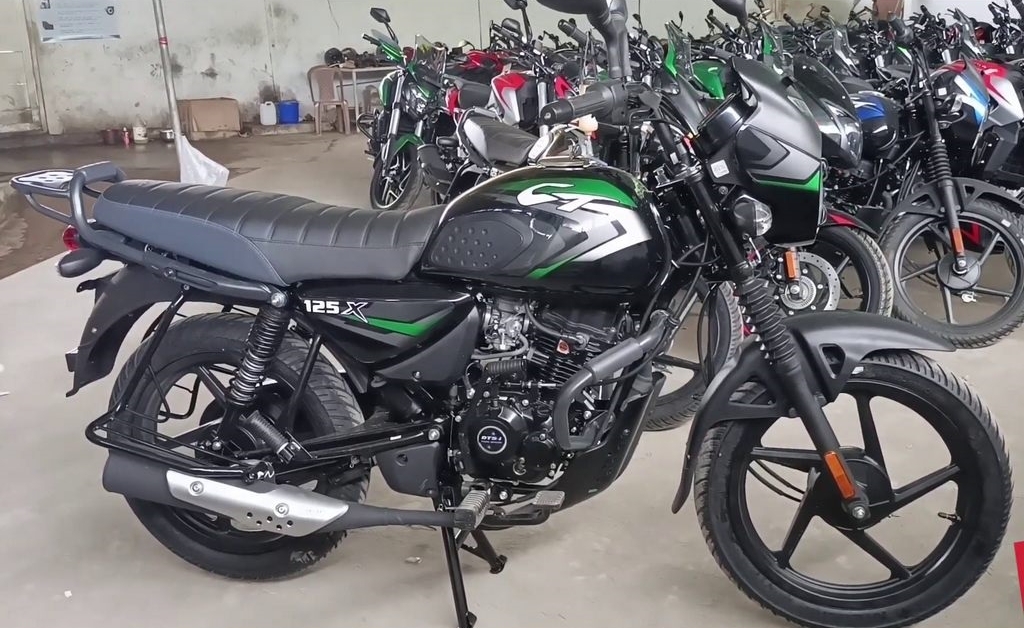 The Bajaj CT125X will be the only other bike apart from the Pulsars in the 125cc segment from the company. It may undercut its rivals by a significant margin…

Looks like Bajaj does not want to give up on the momentum it has gained in the 125cc segment after the very successful introduction of the Pulsar 125. And though we haven’t spotted many CT110X on the roads (and nor does the company share individual numbers), it appears the company sees the X-ification of the CT brand working!

On the same concept, Bajaj is ready with its new CT125X and it was spied at some dealership that confirms its oncoming. Like the 110X, the CT125X carries over the rugged theme in this segment. There is a little raised front mudguard, a bash plate (that looks like metal), tank grips and ribbed seat (that is not present on the CT110X).

The 125X however is offered with regular road going tyres. Other features that we can notice are a USB charger on the handlebar, dual spring rear suspension, fork gaiters and a utilitarian rear carrier.

The engine will be a 125cc unit and it does NOT appear to be shared with the Pulsar 125. Bajaj may be using one from the Discovers and it will definitely have slightly lesser specs than the Pulsar.

There will be two colors on offer – black with green and black with red and both of them have white/grey graphics. Now that the motorcycle is already in showrooms, expect a formal launch announcement anytime soon. The CT110X is priced at around 66,000 and the CT125X may come at around Rs 70,000 to Rs 75,000 and substantially undercut other rivals in this segment.