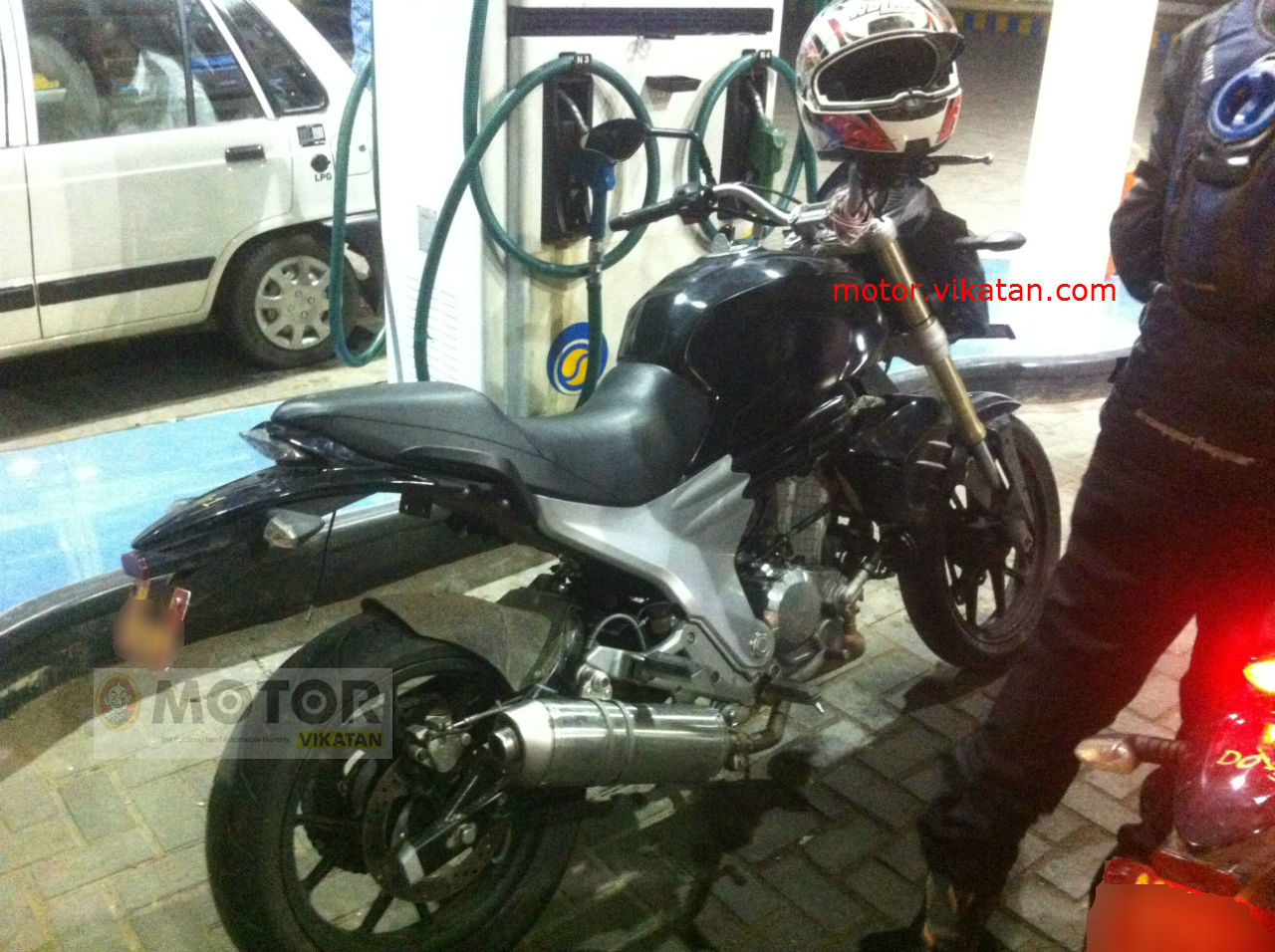 A couple of days back we got the pictures of the 300cc Mahindra Mojo from the company’s all-dealer meet that gave us the first official hints of its launch anytime soon. 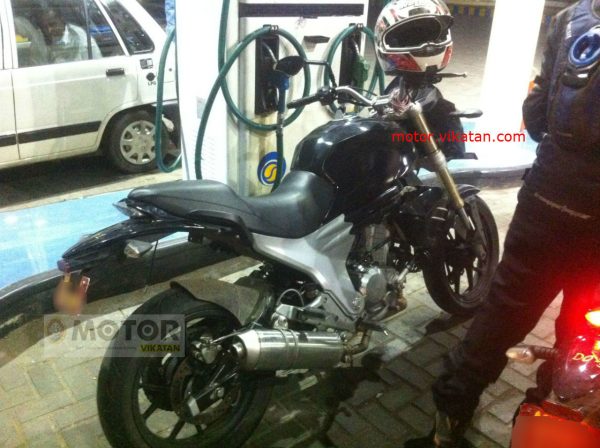 And today, we share with you its completely uncamouflaged spyshots, shot by Raj Kumar, a reader of Motor Vikatan, somewhere at Dhrmapuri in Tamil Nadu.

Raj Kumar, apparently also had a chat with the testers and there were a few interesting bits that got revealed. They apparently told him the bike’s top speed to be around 148 kmph and also that it would be launched within three weeks!

While the top speed is one thing we can believe, however, its official launch may not be so close, considering that the company is about to launch its first 110cc scooter codenamed as G101 towards the end of this month or early next month. However, the motorcycle loosing camouflage and the word from testers do make our belief of an early launch stronger. 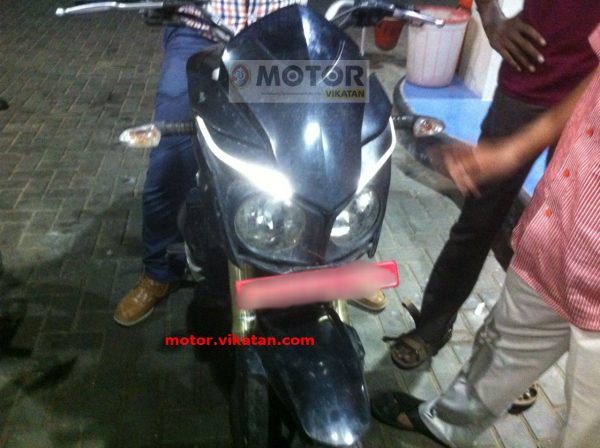 When Mahindra first showed the bike in 2010 it was said that its 292cc engine was developed with Bologna based, Engines Engineering. Mahindra had acquired a 70 per cent stake in that company in 2008. However, Mahindra sold its stake in the company in 2012 and, interestingly enough, the news of Hero MotoCorp joining hands with Engines Engineering soon followed (September 2012). 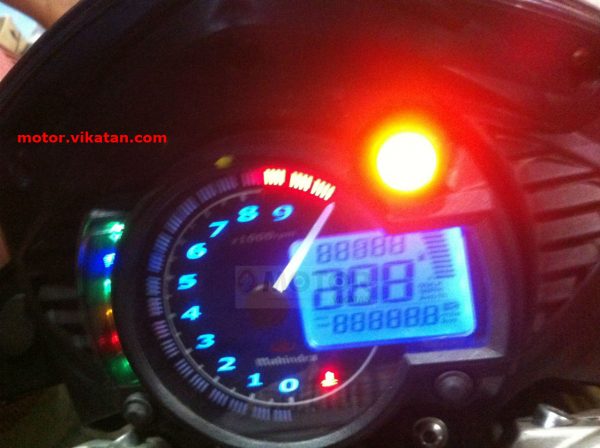 It is rumored that the present engine in the Mojo may be a new unit and has been completely developed by Mahindra. If that is true, it would be one mean feat that Mahindra would have achieved as even the most established two-wheeler manufacturers have not been able to bring a 300cc single in the Indian market so far. 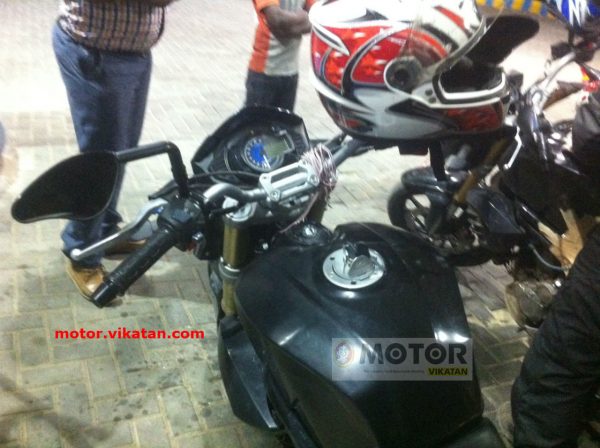 And even if Mahindra has just further honed the old motor, it has seen more than enough testing for the company to gauge its performance, efficiency and reliability among several other things. The company has taken so much time with this motorcycle that prospective customers will expect the bike to have nothing short of top-notch fit-and-finish and build quality. And, as I had said in my previous post, the pricing would be equally critical. 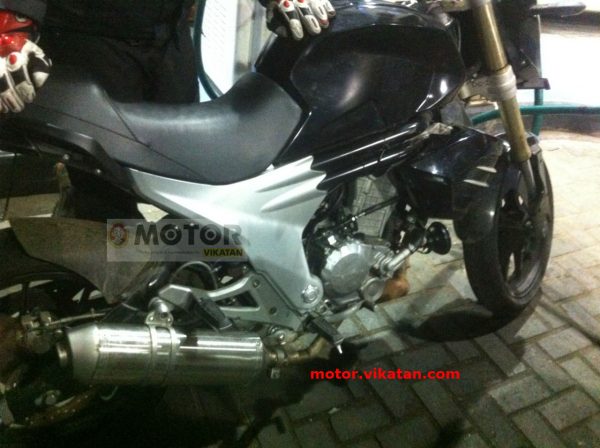 An introductory on-road price of around 1.4-1.6 lakhs should see customers making a beeline outside Mahindra showrooms, and Mahindra will always have the liberty to increase the price thereafter, depending upon the demand.