In an interesting build-up we spotted this KTM Duke 200 ‘On Test’ on the streets of Pune, the home of Bajaj Auto. These spottings come at a time when everyone is waiting very eagerly for the bigger zippier Duke 390. 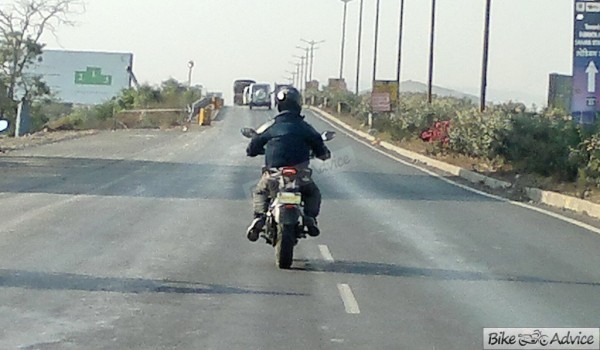 On the pretext of extracting something from the rider, we asked him a direct question “What are you testing?” He just told us that he has been asked to ride the bike exhaustively and that is what he is doing. He said he doesn’t know what exactly is the company testing in this bike. We asked him if this was, by any chance, the Duke 390 (despite noticing that it was not!), he confidently refused and said that Duke 390 is being tested on other roads by some other riders (See Spyshots of Duke 390).

That takes us to the next possibility of Bajaj testing the new 2013 KTM Duke 200 for India. What else can we attribute this testing to a ‘more than one year old in the market’ bike! The biggest addition is the introduction of ABS in the 2013 Duke 200. A couple of days back we have also shared with you the mention of Bosch sourced ABS Brakes in the official KTM India site. You can read about its details here. 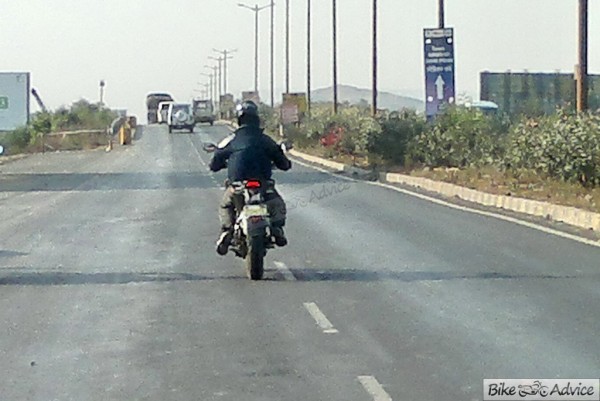 Along with the introduction of ABS, the 2013 model also has a bigger fuel tank and engine cowl with ABS sticker. So, are you considering it for us mortals Bajaj!