With the specs of KTM Duke 390 creating sparks all over the web, now it is time for its younger sibling the Duke 200 to create some. The Indian KTM website is now showcasing the all new 2013 KTM Duke 200 with ABS. 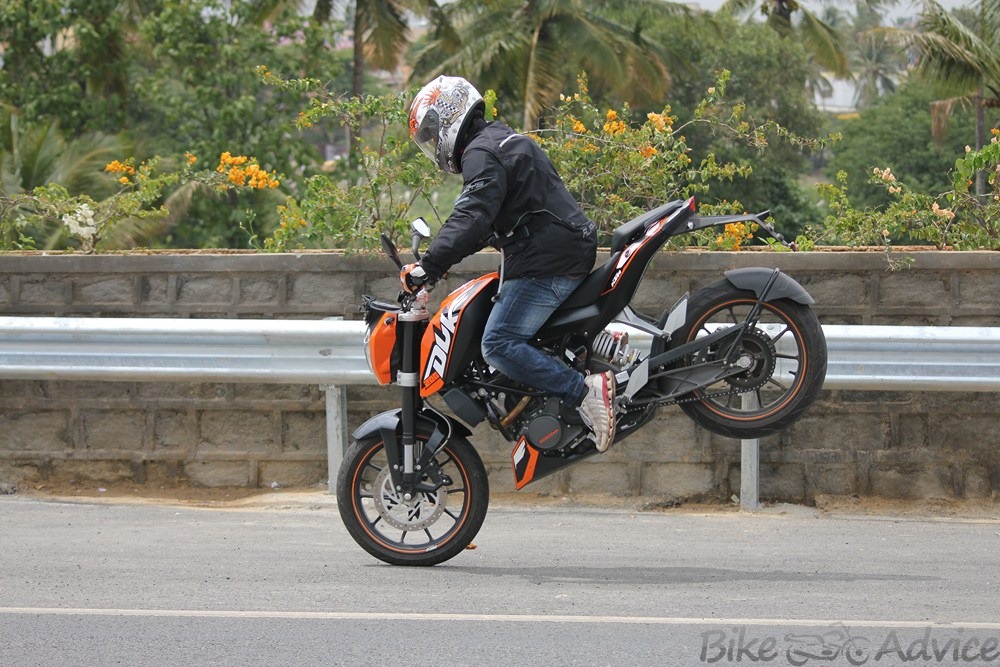 Although there is a mention of EU (Meaning Europe) in the URL, there is still a great possibility of the EU model hitting India.

The Website (click link) says that the 2013 KTM Duke 200 comes with a Bosch 9M-ABS that makes the pleasure of the impressive dynamics of a Duke to a safer higher level that adds the finishing touch to the unique chassis in the segment. The Bosch 9M-ABS will continuously monitor the function of the powerful existing brake system with radially mounted four piston caliper that benefits even more with increase in the rotor size from 280mm to 300mm.

The ABS was developed in close co-operation with experts from Brembo and Bosch which will make it highly fool proof. The ABS on the Duke 200 also is manageable which means that it can be switched On and Off when needed.

Although there is no clear news that the new 2013 Duke 200 with ABS would be introduced in India as well gaining more market share, or will it only be for European markets that has a mandatory compliance of ABS for all their motorcycles.

What we know is that the existing Duke 200 owners would feel disheartened if it is introduced as a standard as seen in the upcoming Duke 390, because most of the owners have reported the feel of lack of ABS on the Duke 200. Apart from the addition of Bosch 9M-ABS, significant changes include the bigger 11 Ltr tank borrowed from the Duke 390, bigger front rotor and an engine cowl that shouts ABS.