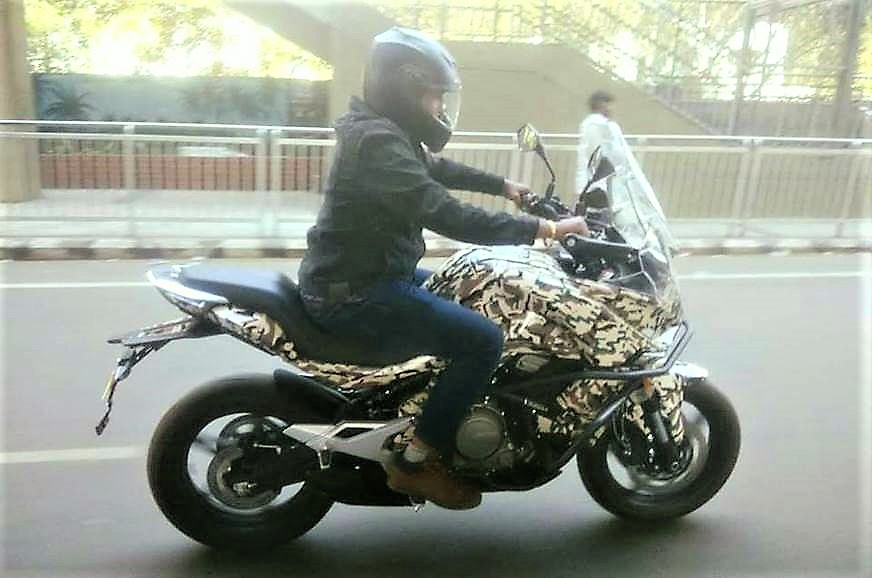 CFMoto 650MT pics have surfaced from India suggesting an impending launch. We talk about its specs and it could be attractively priced…

The mid-capacity adventure segment is heating up and with be at its zenith once KTM launches the already under test 390 Adventure in the months to come. But we have another lesser known manufacturer who will be vying up for some space in this segment soon.

Chinese manufacturer CFMoto, which has partnered with AMW Motorcycles, will be launching their 650MT in India as can be ascertained by these spy pics. 650MT is powered by a 649.3cc, inline, 2-cylinder, liquid cooled engine which is capable of producing 70.7 PS of peak power at 8750 rpm and 62 Nm of max torque at 7000 rpm! In comparison, Versys 650 churns out 69 PS of power and 64 Nm of torque from its 649cc twin cylinder motor.

The USD equipped motorcycle has a manageable seat height of 840 mm and a ground clearance of 170 mm. 650MT weighs 213 kg (kerb) and has a fuel tank capacity of 18 liters. CFMoto also claims a top speed of 170 kmph and it comes equipped with Metzeler tyres. The motorcycle features a large windscreen, knuckle guards and 300 mm twin disc brakes upfront along with a single 240 mm single disc brake at the rear.

650MT also has a naked sibling 650NK which is also expected to be launched in India. If CFMoto can price the 650MT at aggressive levels than we sure will have an interesting contender in the making. 650MT will have rivals in the form of Suzuki V-Strom 650, Versys 650, Benelli TRK 502 and the single cylinder Superdual 600.