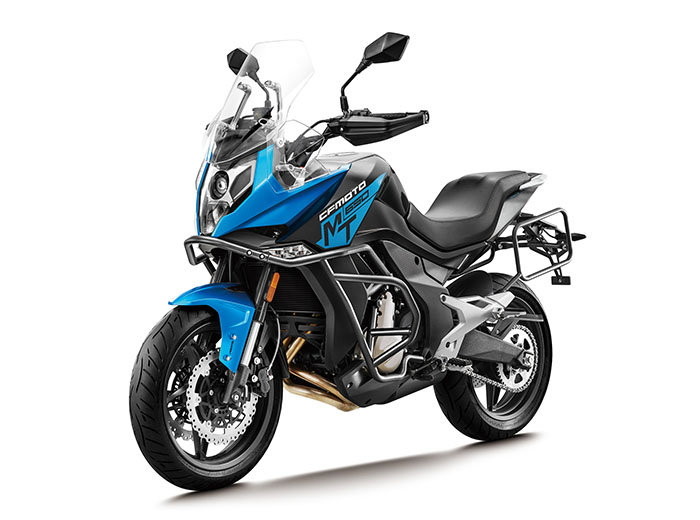 You must have seen spyshots of some unknown CFMoto motorcycles on the internet. It was not known who is testing them on our soil. But Autocar has found out that it will be the relatively unknown AMW Motorcycles, who will be the local distributors for the brand.

According to their website, CFMoto, a Chinese motorcycle manufacturer, was founded in 1989 and they have developed 98 models and 51 engines so far. They have 1900 distributors in the world and a team of 200 exclusively in Research and Development.

CFMoto manufactures mid capacity motorcycles ranging from 125cc to 650cc. They also sell All-terrain-vehicles and side-by-sides with engine capacities ranging from 400cc to 1000cc. In Asia, apart from China, they sell their vehicles in neighbouring Nepal, Turkey and UAE. And their next stop, as it appears, is India!

CFMoto had earlier tried to enter India through a partnership with Eider Motors but it could not materialise. And now they have now partnered with AMW Motorcycles which has a registered office in Bangalore. Like Mahavir-Benelli partnership, it appears AMW Motorcycles will import motorcycles through CKD kits and assemble them at a plant in India.

Going by the website that has been launched, CFMoto initially plans to launch the 250NK, 400NK, 650MT and 650NK in India and that will be a fairly comprehensive range. Out of this, the 650MT, 400NK, 250NK have already been spotted testing in India, signalling final level fine-tuning to make them adhere to country-specific guidelines. And hence we expect the launch to be within the coming few months.

We will talk about the respective motorcycle models in a separate story. But for now, it is interesting to see another international maker is venturing into our market and the product specs do look good and CFMoto is known for aggressive pricing…