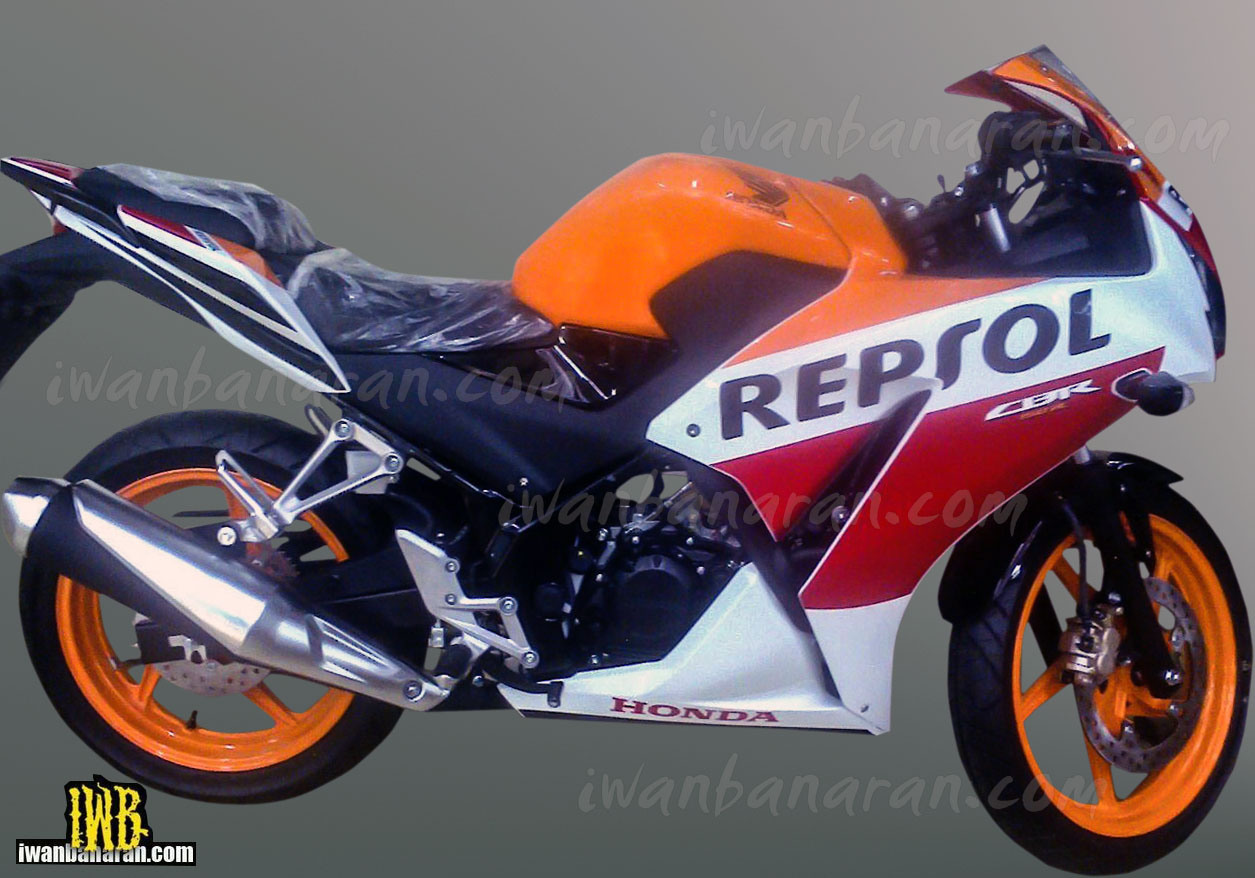 We just told you a day before about the new Honda CBR150R getting spotted in Indonesia. Barely a few hours later, the chaps at Iwanbanaran.com have again spotted the new bike, but this time in Repsol livery. This spy shot also hints at a new frame which means that the new CBR 150R might be all-new model and not just merely a facelift.

Look closely and you’ll notice that even the heel-plate and its assembly is redesigned and so are the rear foot-pegs. The Repsol color scheme is also new and a bit different from the Repsol Edition of CBR250R. However, upon first look through this spyshot, it appears to be an after-market job frankly and doesn’t look all that good!

Unlike the CBR250R (which was a good seller a few months back), the current 150 sports offering from Honda has never been a real good seller for the company here in India. It’s pricier than its main competitor, the Yamaha YZF-R15, and the latter not only looks exceptional, it still remains the best handling bike in the segment.

The Honda on the other hand is laidback in handling and torque figures which are lesser than even some regular 150cc offerings.

Honda has perhaps realized that and the new CBR 150R should be a machine with handling and performance befitting the CBR tag, and a twin-headlamp Honda in Repsol colours makes for presence that is second to none, period.