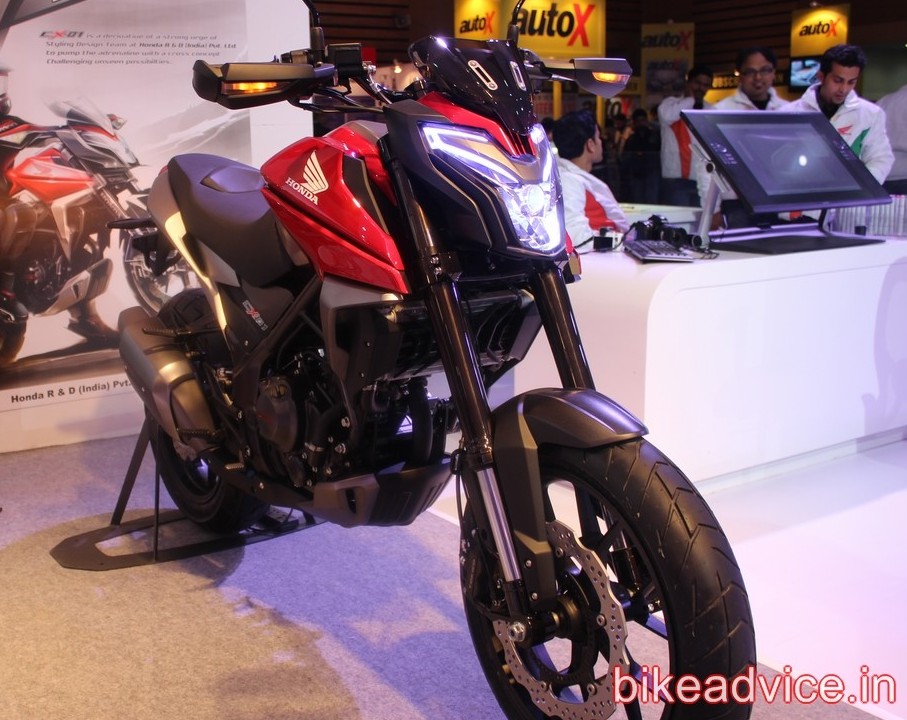 Ever since Honda displayed the CX-01 concept at this year’s Auto Expo, the optimists have linked it to most of the possible future launches in the premium, sub one-lakh rupee bike segment. 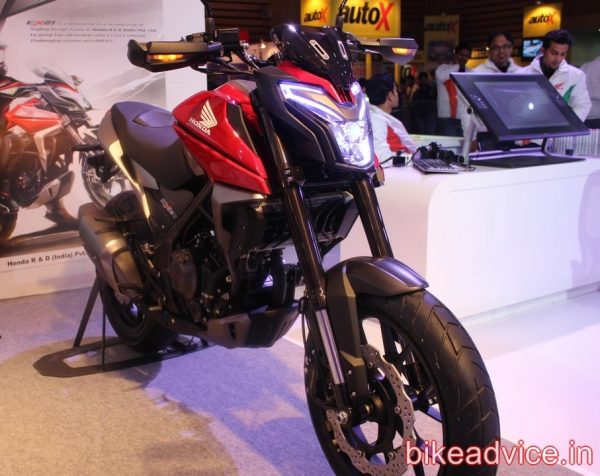 The expectation cannot be term as completely unfounded as the CX-01 was designed at the Indian R&D facility of Honda Motorcycle and Scooter India Ltd.

The speculations reached their peak in May this year when Honda India officially announced that it will launch a new 160 cc motorcycle by September this year. A naked CX-01 cross kind of a bike with a fairly powerful 160cc engine would have definitely opened up a new niche segment in India.

However, what comes as a dampener now is this news snippet at Indianautosblog.com, which quotes HMSI’s Vice President of Sales, Mr Y.S. Guleria, who says that the upcoming 160cc bike will not be styled on the lines of the CX-01 concept. It further says that CX-01 will be made a production motorcycle, however sometime later!

Honda, as usual, wants to play safe with its new offering to compete with the likes of Yamaha’s new FZ and Suzuki’s Gixxer. 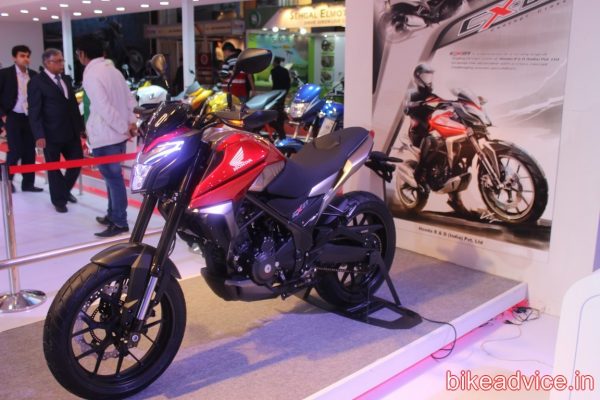 Honda’s 150cc CB Trigger, a fairly good bike, has not managed to sell much and the company is now expecting to make a dent in the segment with its new bike. It would be positioned above the CB Trigger and below the CBR 150R – expect a bike in the street-fighter mould with the 160cc mill putting out around 15-16 bhp.

Honda is already doing great in the scooter segment with its Activas and the CB Shine sales too are keeping the company’s accountants busy. But, it’s the 150-180 cc segment where Honda’s presence still needs a reckoning. While Honda fans wait for the 160cc bike, I’ll let my brain concoct an image of a scaled-up CB Trigger with a carburetted version of the CBR 150 R’s engine producing around 20 bhp to take on the Pulsar 200 NS, but hey…that’s just my imagination!