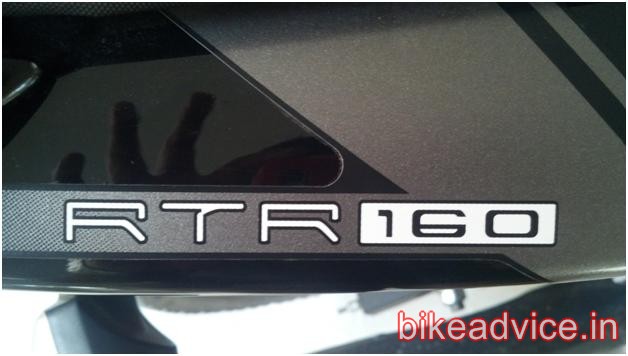 Ankit has submitted this review in our Ownership Review Contest No 13, ensuring himself an assured prize. The contest also offers a chance to win Riding Jacket, Helmet and more…Here are all the details.

Hi guys, This is Ankit from Bangalore. I am a B.Sc student at St. Josephs College. This is a review of my bike or more appropriately my life – TVS Apache RTR 160 Hyper Edge. It is the 2013 model. New Beast. Same Bloodline. For a long time I was looking to review my bike which is 9 months so that it might help others to buy a bike in the 160cc class. 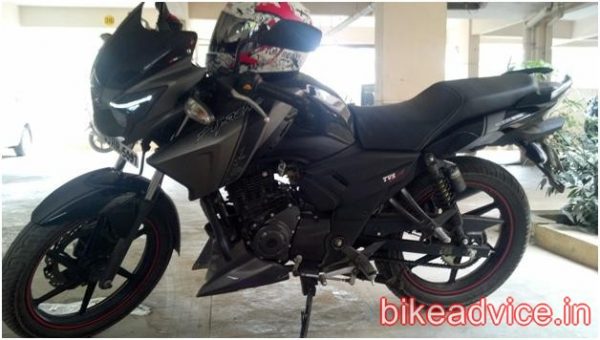 Since my childhood one of my wishes was to own and ride a bike but I was not sure which one should I go for. As soon as I got admitted to the college I started bugging my dad to get me a bike.

Seeing almost everybody arriving in college on bikes made me frustrated. Especially when someone entered the campus on APACHES, DUKE 200 and many other bikes. Finally my Dad listened to my pleas, he asked me which one I wanted and only word that came out of my mouth was Apache. Now I own the TVS Apache RTR 160 HYPER EDGE. 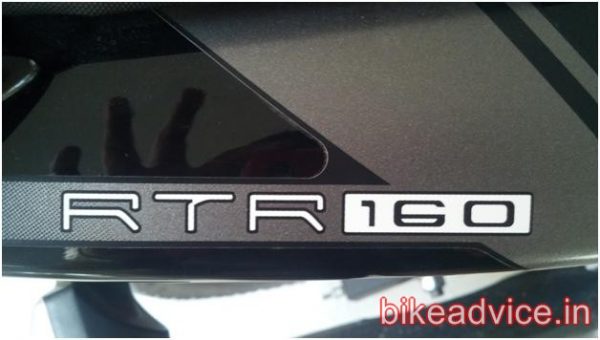 Since the start I had my eyes only on the apache or Yamaha FZ. All other bikes were a joke for me.Honda had some good bikes but the waiting period for the bikes are insane. Bajaj with its Pulsar series was good but the fact that at every street finding a pulsar was just putting off. Hero which uses Honda tech and have high prices and poor after sales service again didn’t make the cut.

The Yamaha FZ was a bike which I had my eye on but after riding my friend’s bike around I really hated the fact that after 90+ kmph the bike kinda ran out of breath. The mileage also was another factor as my daily commute is 30 kms and being a student cash for fuel is very limited. 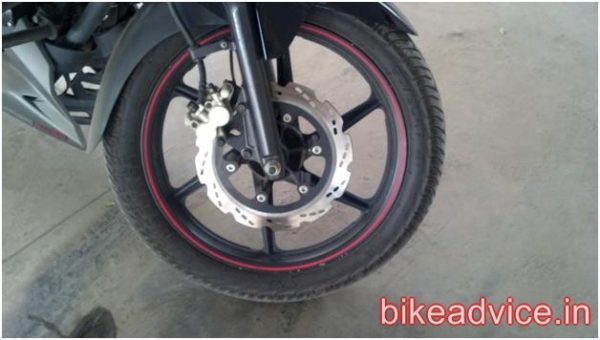 The Apache RTR 160, with 15.2 bhp, 270-mm petal shaped front disc brake, engine with an all black treatment along with the alloy wheels and exhaust just looks awesome (reminds me of Street Hawk). The stripe runs from the front mudguard to the tank and all the way back to the tail piece is striking. An engine guard is nestled at the bottom of the engine. The side panels have a matt grey finish. The bike also had very easy handling comfort and most off all in a city like Bangalore with mixed traffic conditions of either empty roads to hour long jams still gave 45+ according to my friend who owned an Apache. 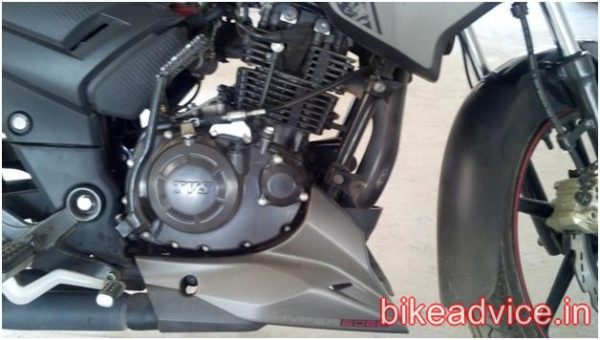 So after booking my own apache and delivery within a day [pizza companies have competition here 😉 ] the pooja being done I was on my way to being a full blooded apache fanatic. 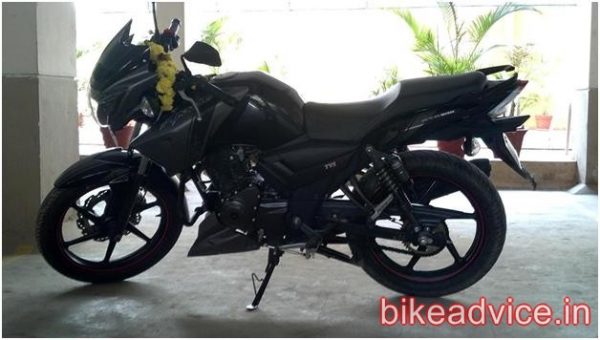 This was an important factor for me, as I was looking for a bike that wouldn’t give me any wrist pain or a backache after riding for a reasonable distance. This is where the weight comes into picture. The Apache weighs just 136 kgs with a high power to weight ratio makes it light and nimble.

The high power to weight ratio of 111.76 does its part in this section. The pick-up and throttle response is almost instant. It is so quick that it will almost throw the pillion overboard if one is not bracing himself/herself. With the shorter gear ratios, shifting to the top gear is lightning quick and one surely misses a sixth gear. I hope TVS people read this. There have been several instances where I have reached the fifth gear in almost no time and kept searching for the sixth. 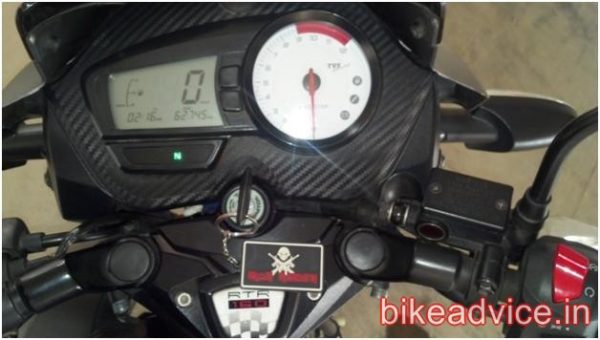 “Kitnadetihai” one must admit that every Indian has this question at the back of his/her mind whether he/she is buying a motorcycle or scooter or a car. The sales executive at the dealership was very frank when he said that it would give around 45km/L..

The reason I decided against the Apache 180 was because its mileage figures read somewhere around 35-40.But now with my daily rides I just need to fill up on Monday for a few hundred Rs and enjoy the peace of mind that I can ride till Saturday with no problems at all.

The main changes in the 2013 version are visual. The headlights have a black treatment inside that looks aggressive. Also the beastly DRL’s (Daytime Running LED lamps) add to the aggression. The engine and tank cowl are now bigger and are said to be more aerodynamic. The HUD, the tank, side panels and some part of the side panels have faux carbon inserts. The Carbon panel on the tank have rubber pads below them to damp the rattling of those panels. 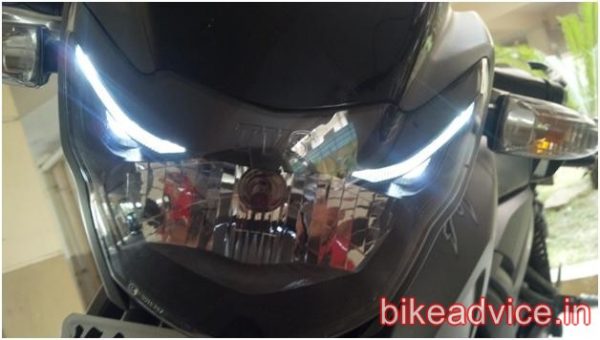 The digital – analog combo meter and the dual textured seat are transferred straight from the RTR 180 ABS. The digital meter is now blue backlit and looks way better than the orange one. The rear panels too are stretched to make the bike look more chiseled.The buttons on the console are also new and are shaped aggressively. Also the rear tyre on the Hyper Edge is now of 110 section. The saree – guard and crash guard designs have also been changed. The colors available are Red, Green, Yellow and Black. I chose the Black one.

The Fatter rear tyre has made the bike more stable at high speeds and corners as compared to older models of RTR160. The suspensions (Front-Telescopic Rear-Gas Filled) are somewhat on a softer side. So it isn’t a cornering expert like the R15 but still satisfying. But these soft suspensions are having a plus point that they are more efficient in tacking Indian roads. 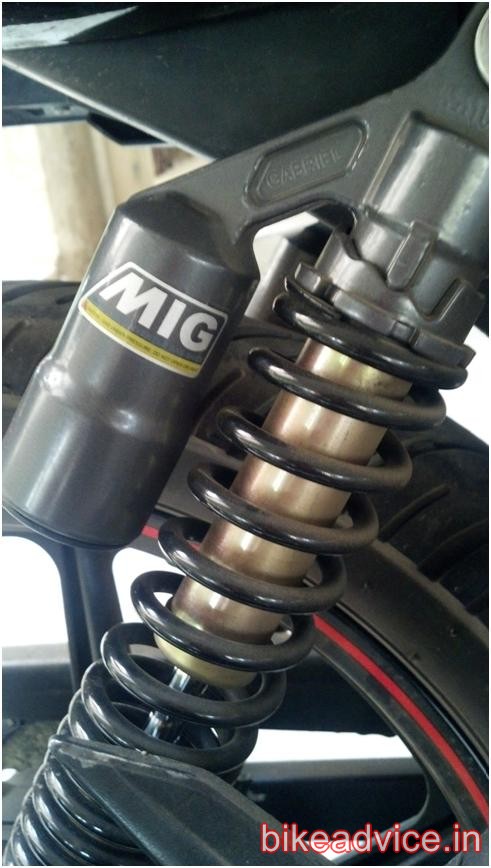 Nothing is perfect and it implies here too. Here’s the list of drawbacks I came up with:

The Vibrations: Why don’t you get rid of the problem that interferes with the image of a rather great bike. This is because of the engine refinement issues that the bike vibrates weirdly between 5500 and 7000 rpm. The exhaust note too gets a bit harsh on high revs.

The Riding Posture: Guess you have to compromise with something to get something. Here comfort is sacrificed for good looking riding stance. Backache and wrist pain bug the rider on long journeys. Also I am 6ft 1 so my legs also get a bit cramped up. 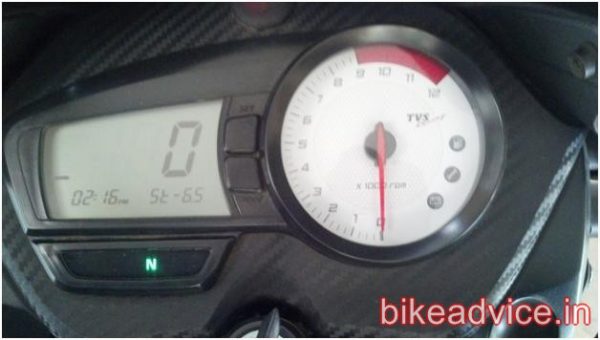 The Tyres: The dry grip is satisfactory. The wet grip is really bad…. I mean really bad. That’s the way it is guys the bike slips on wet roads or on slight amount of sand on the road even on soft application of brakes. MRF Zappers would have been great and could have improved cornering too.

The above said facts are purely based on my personal experience with Apache. Even after the drawbacks it still is my life. It makes me feel awesome when I ride it. It makes my day. Rewards me the best riding experience. In the 6000+ odd kilometers it has become a part of me.

My verdict is – If you are looking for a commuter don’t get it as it may not fulfil your high mileage or good comfort needs. But if you want a bike that is loud, provocative, aggressive get the Apache without any second thoughts. In a nut shell if you are looking for a good all-rounder then this bike is for you. 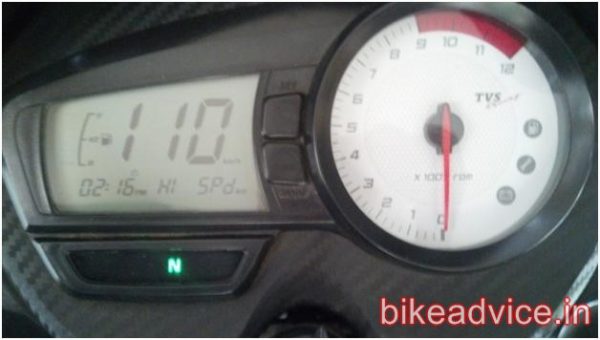 Here is proof of what the bike is really capable off. Top speed can be much higher but in Bangalore a 110 kmph is equal to breaking the sound barrier.

Thanks a lot for reading.