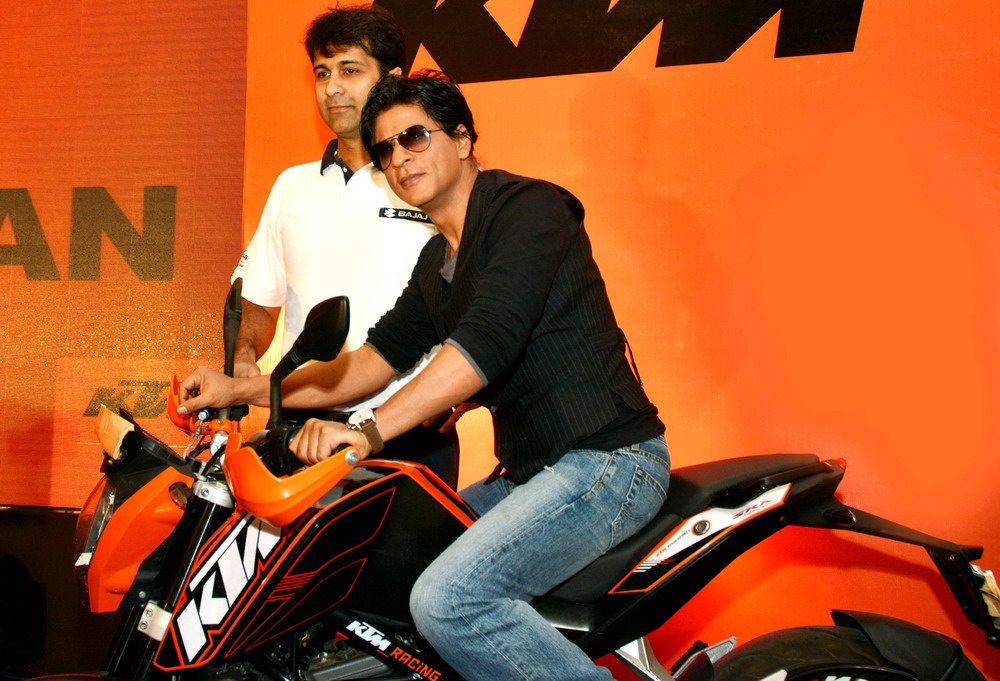 Bajaj Auto organised an event with Bollywood superstar Shah Rukh Khan in Pune last Friday where KTM bike owners and employees of the company got a chance to interact with the actor. SRK handed over keys to five new 390 Duke owners at the event. 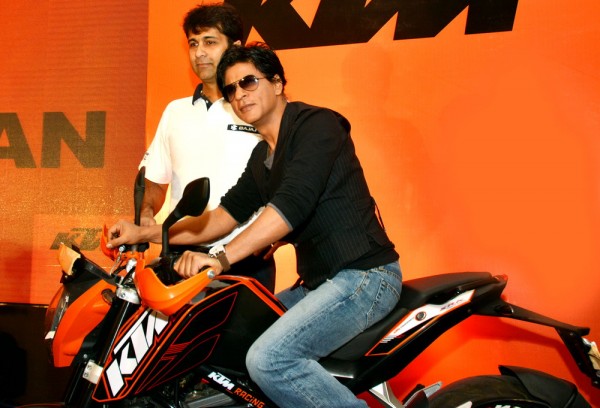 He isn’t the official brand ambassador for KTM bikes in India but he said that his love for KTM bikes made him address the recently held ceremony. He visited the Chakan factory on February 5, 2012. He added that visiting the manufacturing unit was a life-changing incident. He saw the employees make a bike in a matter of minutes, with utmost precision and felt inspired. On his birthday a customized KTM 200 Duke was gifted to him by the company and he has been a happy and satisfied customer of the company since then.

His 200 Duke is heavily customised with KTM PowerParts, a z-ring orange chain and power upgrades and he usually takes it out early mornings for a ride with his son. He also shared his experience of riding his 10 month old KTM 200 Duke motorcycle and revealed that he is an avid biker and finds time to ride his KTM motorcycle in Mumbai from time to time.

He also stated that his son will get into biking and when he grows up big, he wants to go on a world tour on a KTM adventure motorcycle. 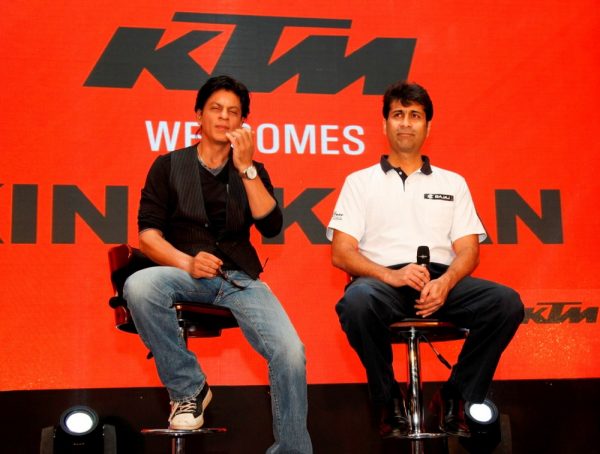 Another big news from the event is that Bajaj will commence the deliveries of the 390 Duke by the end of September as we have already shared with all of you. Bajaj holds nearly 48 per cent stake in KTM of Austria and is responsible for KTM’s Indian operations. Bajaj is already manufacturing three KTM bikes here including the 125 Duke, 200 Duke and the 390 Duke, though the Duke 125 is not sold here.
The JV plans to produce 2 lakh units of the Duke 390 by 2017, of which one lakh will be rolled out from the Chakan plant and the rest from the Austrian facility.

A question on the Indian bike racing scene got a very interesting response from Rajiv Bajaj who said that racing and business success have little in common. He mentioned that Bajaj Auto’s key competitors TVS and Yamaha are heavily into racing but you see very few of those motorcycles on Indian roads compared to the Pulsar which has nearly 50% market share. However KTM will step up its racing activities in India in the near future.

That brings us to the next question: How many of you have booked your Duke 390 and how many of you are waiting for the faired RC390 which is coming next year?